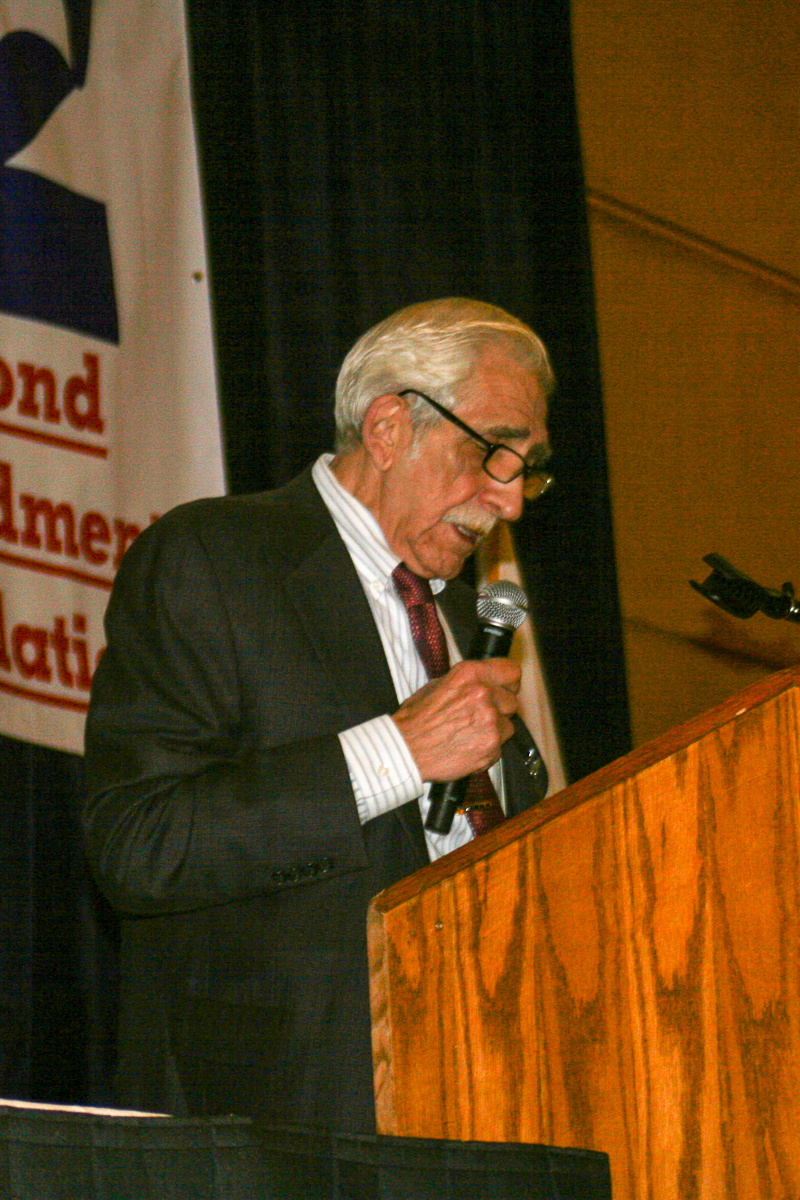 I was deeply saddened to learn from Alan Gottlieb that Joe Tartaro passed away this week.

I consider Joe the Grand Old Man of the gun owners’ civil rights movement.  He was pushing 90 and still amazingly active.  The longtime president of the Second Amendment Foundation (SAF), which he had helped to foster with Alan, Joe was also one of the prime movers of the Cincinnati Revolt in 1977.  That was the profound sea change in which Joe and other activists turned the National Rifle Association from a group of hunters and target shooters into the gun rights activism powerhouse that it is today, called by some the most powerful lobbying entity in Washington.

I met Joe back in the ‘70s at an SAF gathering in Boston.  I got to know him better during the many years I served under him on the SAF Board of Trustees. He was a friend and mentor to me as he was to many, many people.  Joe was a walking encyclopedia of gun legislation knowledge and strategic political savvy.  He was among the first to cultivate women and minorities into the movement, the publisher of not only Gun Week that morphed into Gun Mag but also Women & Guns magazine, ably edited by his daughter Peggy Tartaro.

He stood in the top tier of the leaders of the gun owners’ civil rights movement, and helped create the annual Gun Rights Policy Conference, which will take place in Orlando this coming September, a conclave that will hopefully be dedicated to his memory.  Despite his fame, Joe was totally approachable, a down-to-earth man with a wonderful dry sense of humor that never left him.  When his gravelly voice came over the microphone at the GRPC, you could hear a pin drop: when Joe spoke, the several hundred civil rights activists who came from all over the country listened. I don’t know of anyone who did more than Joe to promote grass-roots activism at the state and community level on gun owner’s rights and self-defense issues.

May he rest in peace after a long and successful career of fighting for what is right. We have lost one of our strongest voices.  It is up to all of us to live up to his memory and continue his legacy in the dark days we are now experiencing.