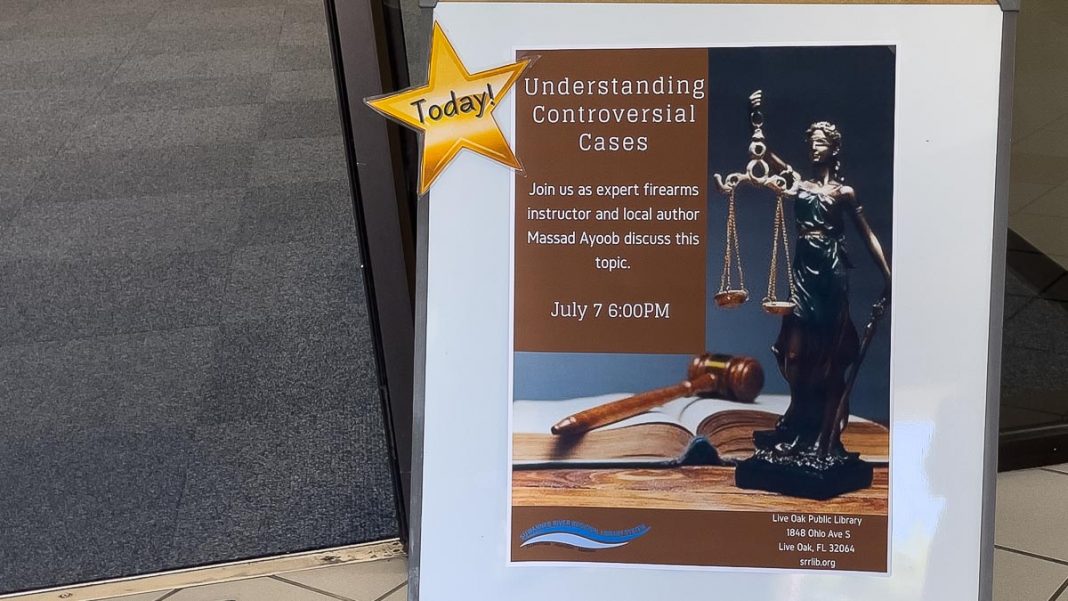 Every now and then, I’m a guest speaker at the weekly adult education lectures at my local library.  It’s done for free of course.  Earlier this month, I did a talk on Understanding Controversial Verdicts.  We talked about how a case can present at first as legitimate self-defense (“Why are they putting that poor person on trial for shooting a criminal?!?”) and turn out to be actionable malice that warrants a conviction, and how a case that initially presents as murder can turn out to be justifiable self-defense once the jury gets the details that weren’t in the newspaper or on TV (“I can’t believe that murdering SOB was acquitted!!!”).  Two of the cases I discussed, respectively, were the death of Ahmaud Arbery in Georgia and the Rittenhouse case in Kenosha. (My take on both of those cases can be found in my regular “Self-Defense and the Law” column in the current issue of Combat Handguns magazine.)

The audience included male and female, black and white, ages fourteen to about eighty. They seemed appreciative.

The point of the whole thing was that when only one side is presented by the media, the Court of Public Opinion assumes that there is no other side. Silentium in facie accusationis videtur admittere criminis. Silence in the face of accusation is seen as admission of guilt.  Unfortunately, it’s human nature to not admit that when we bought into a false narrative, we were wrong. It’s something we all have to overcome.

Most of you reading this have far more knowledge about things like self-defense law, firearms safety, and even “gun control” than the general public that only sees one side of matters both complex and contentious.  It seems to me that we have an ethical duty to get the truth across to our fellow citizens at every opportunity.

Consider offering your services in that regard to your local library. Or to service organizations such as Kiwanis Club, Lions Club, VFW, etc.  Every year I speak to at least one bar association conference on how to get the truth across in self-defense cases, and will have done another by the time you read this.  Proper use of firearms has kept some of us here alive, and has given the rest of us peace of mind.  Explore doing something similar in your community. If it turns out that karma is for real, at least you won’t come back as a dung beetle next time around.