The firearms industry’s premier trade show closed Friday at 4 PM, and stats show it was the second largest in the organization’s history. Sponsor NSSF, the National Shooting Sports Foundation, reported over 64,000 attendees.  It should be noted that this is a closed program for industry people only, primarily firearms retailers.  There were more than 1600 vendor booths.

All of us here are glad that the “miles of aisles” are done. The Evil Princess’ FitBit told her she walked six miles in just one day.  When I was interviewed for the Guns America video blog today, the cameraman told me he was averaging 15 miles a day of walking through the Show.

An update on the much-discussed Kimber revolver from Kimber consultant Grant Cunningham, whom I’ve mentioned before, is here.

One of the neatest accessories I’ve seen here comes from Racking Assist, LLC (RackingAssist.com) .  There are lots of folks who for whatever reason have difficulty activating the slide of a semiautomatic pistol. Inventor Russ Hoeffken came up with an ingenious device to facilitate this. 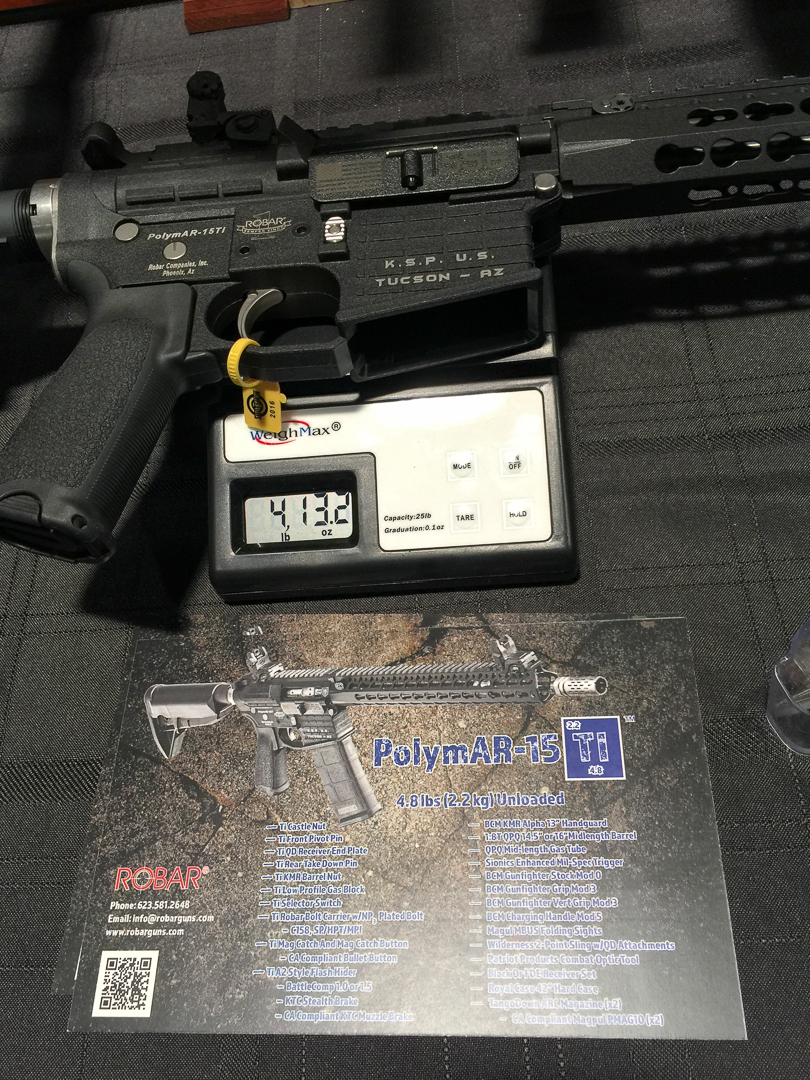 RoBar has come up with a premium grade AR15 rifle whose unloaded weight is…4.8 pounds. You’re looking at the lower-middle $2,000 price range, in large part because of the cost of all the expensive Titanium involved in its manufacture.  The Evil Princess played with it for a while, and then sent the not-entirely-telepathic message, I want this!!  Sigh…somewhere, I hear a cash register ringing.

The annual NRA show is where you see the customers. The SHOT Show is where you meet the retailers.  The manufacturers are at both.  I left the SHOT Show with a strong sense of “We’re on the right side of this, and we’re going to prevail, but it’s going to be a constant generations-long fight”…as it has been for as long as this senior citizen has been alive.

While the 2016 SHOT Show may be over, this blog’s commentary on it is not. There is more to discuss.  Stay tuned…