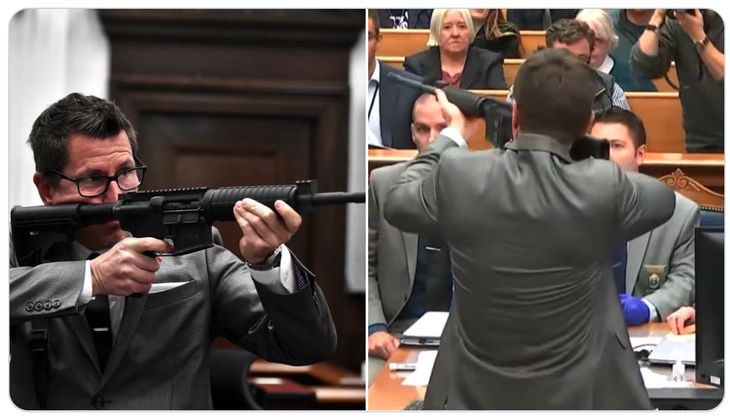 And we all thought a “not guilty on all counts” verdict would come in quickly in the Rittenhouse case, given the fact that every shot the kid fired was on video and showed him to be under deadly attack: attempted disarm by a violent mental patient, chased by a mob, kicked in the head with a shod foot, clubbed with a skateboard (think “ax handle with more sectional density/ ’Magnum Force’ version”), and finally with a Glock 27 pointed at his head.

No kidding.  During the final argument alone, I lost count of the falsehoods about the law that were put in front of the jury.  The implication that being armed automatically makes you the initial aggressor.  The false statement that an armed man shooting an unarmed man can never be self-defense. (This is not the first lawyer who may have gotten through three years of law school without being familiarized with “disparity of force.”)  The characterization of a vandal and an arsonist as a “hero.”

A prosecutor sweeping his audience with the muzzle of the death weapon, his finger on the trigger, trying to make them subconsciously threatened themselves by the man he’s trying to convict.

And through it all, the implication that having an AR15 automatically makes you a bad person, a belief that literally got one prospective juror removed from consideration after she said the same in voir dire.

The list goes on. I’ve probably left some out.  Your discussion is invited.  I’ll be back when we have a verdict.