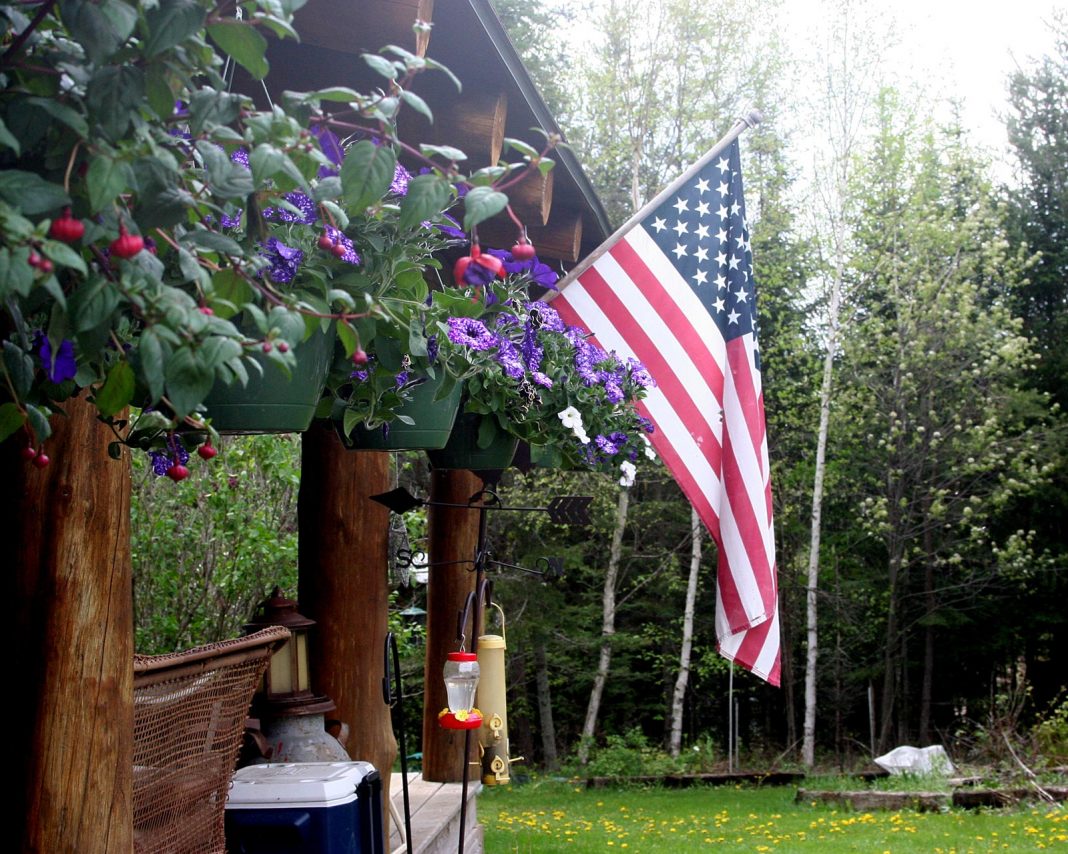 It started out nice and partly sunny, so we were able to get a lot of outside things done, getting ready to plant the gardens. As David and Elizabeth didn’t have to work, they came up and spent the weekend working on the cabin. As almost all the insulation and wiring has been done, David started hanging drywall. With the drywall lift he’d been able to borrow from Bill’s friend, Andy, the job was much easier than the old way of propping it in place with a 2×4 and one-inch board forming a T on top. I was amazed at how much was done in just a short time! He started in the kitchen, installing green, water-resistant drywall on the lower walls, after the ceiling had been put up, where the counters will go, just in case there was any splashing or water leaking.

As the days passed, the weather got worse and worse. Finally, Elizabeth took Delilah home as she had to work on Tuesday. But by supper time, there were severe thunderstorm warnings out and a tornado had touched down about 17 miles southwest of us! The wind was getting bad while we ate. David had come to the house for supper and had just left when the trees started to whip and bend awfully bad. I tried to call him to get him over here, where we have a basement. But it went to voicemail. I jumped in the car and tore over to his house, with trees thrashing overhead and rain pouring down. I started laying on the horn when I turned up his drive. And boy was I relieved when he opened the door and ran out to the car.

We drove home and spent the next half an hour alternately watching the radar on his phone to watching out the south-facing windows, skyward. Another tornado touched down west of us, but luckily, did no damage. Finally, the rain stopped, along with the lightning, thunder, and tremendous wind gusts. (Boy did our wind generator’s brake ever scream in that wind!) No damage done to anything but a few tree branches on the driveway. So, it’s on with life as we know it. Thank you, God! — Jackie