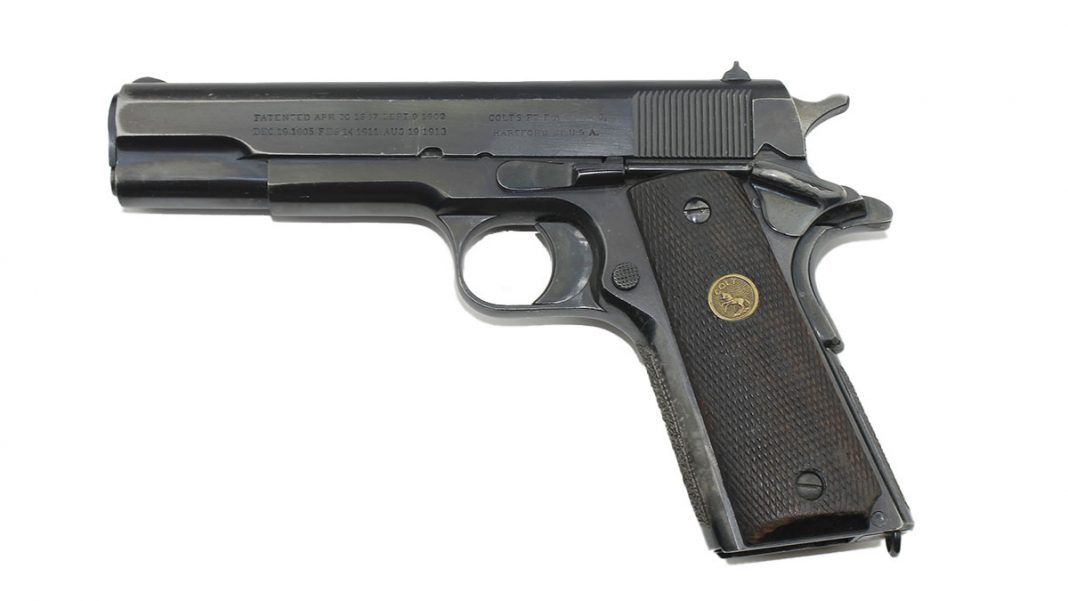 Sixty and sixty. It was sixty years ago, the year was 1960, and all these Christmases later, no gift has been more memorable than my cornerstone present that year.

I had read the work of Col. Jeff Cooper and told my parents the only thing I wanted for Christmas was what the good colonel had characterized as the ultimate handgun: the Colt .45 automatic.  I had been shooting since age four, pistols since age nine, and already had my own .22 handgun and a Beretta .380, but my dad was a bit skeptical about a twelve-year-old shooting an “army horse pistol.”  He was an open-minded guy, though, and we hied ourselves hence to Stan Sprague’s Gun Shop in Hooksett, New Hampshire.

Mr. Sprague (as I always called him) showed us a 1911 Colt that had been produced in the year 1918. We went out behind the shop with a magazine full of 230 grain lead bullet handloads.  I extended it to the length of my right arm (two-handed pistol shooting was considered wimpy then), and I touched off my first of countless thousands of .45 rounds. Carefully keeping the muzzle downrange I turned my head toward my father and said, “I like it, Dad.”

It was under the tree on Christmas morning. That Colt had become a family project: my sister bought me a GI chest holster for it at the Army-Navy store, and my Uncle Whitney wrapped up a yellow box of Winchester 230 grain full metal jacket .45 ACP.

All these long years later, there is no gun I like better (or shoot better, really) than the 1911 .45. That one no longer looks like it did on that Christmas morning in 1960. In the ‘70s, I put in a new barrel and bushing, had better sights installed, and paid for a new blue finish to replace its battle-worn patina.  The original diamond-pattern walnut grips, the checkering almost worn away from decades of carry by right-handed soldiers, would be replaced by a succession of new stocks. My gunsmith friend Nolan Santy roughened the grip-frame for a better hold, and a more modern grip safety and better sights improved its shootability, even if they ruined its collector value.

Today it maintains an honored place in my collection, and even gets shot every now and then. It and I built our own additional memories.  But it remains a symbol of a father’s trust in his son’s responsibility, as gift guns do.

I’ve written about this before. Hopefully I’ll live long enough to do so again. For now, I invite you to share here your memories of Christmas guns that had meaning for you.