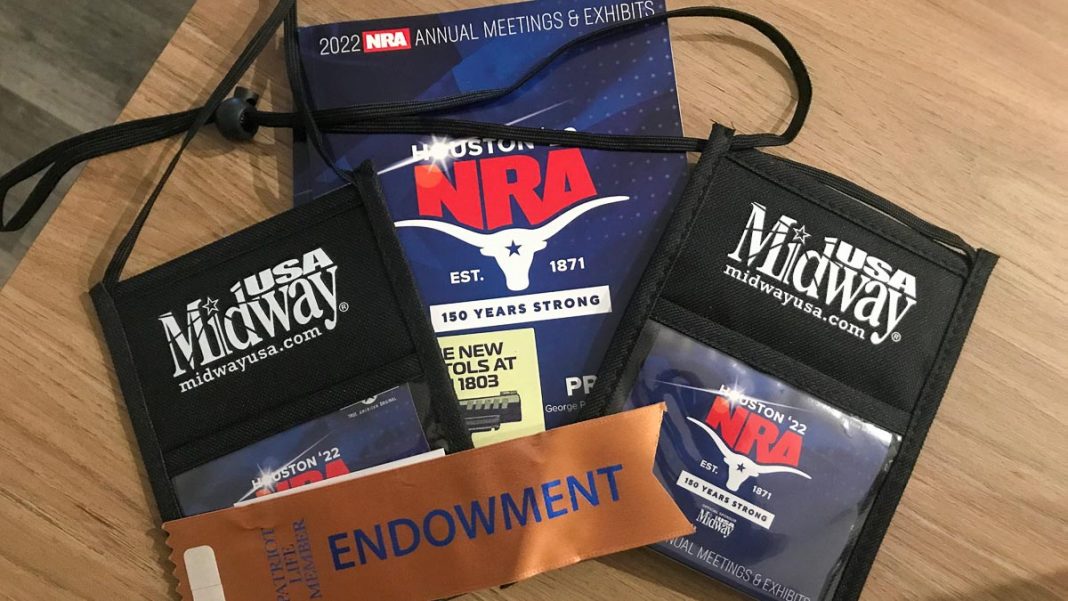 Déjà vu. The scene outside the convention center in Houston today reminded me of the anti-NRA protests in Denver after the Columbine atrocity in 1999, only this group apparently didn’t get a license to march. So, they just stood there yelling and waving placards.

“Shame on the NRA.” “You are responsible.” “Their blood is on your hands.” “NRA Death Dealers.” “The Real Baby Killers are Attending This Convention.” “NRA—Stop Killing Our Kids.” “NRA=Blood Money.”

How do you reason with people who seem to think people who intend to commit murder are going to be dissuaded by the thought of breaking a gun law?  Who think they can somehow make twenty million AR15s and many more millions of other semi-automatic rifles disappear by passing a bill?

People so hateful they think the estimated 55,000 to 80,000 of us here are immune to grief over nineteen murdered children and two slain adults?

People who blame the damn RIFLE for what happened?  Had they even noticed the mass murder of 84 people in France on Bastille Day in 2016, when the killer crushed them to death with a truck? If they had, would they have asked for a ban on large trucks, and called owners of such vehicles murderers by association?  Would they demand breweries and distilleries and automobile manufacturers all be sued out of business because of drunk drivers, the way they want the same for the firearms industry over murders by monstrous criminals?  If not, they’re hypocrites; if so, their critical thinking abilities are even more in question.

The NRA is five million of their relatives, neighbors, and co-workers – liberal, conservative, and moderate alike. To tell us members that we are baby killers is to demonstrate the fallacies of their thinking in regard to this highly polarized topic.