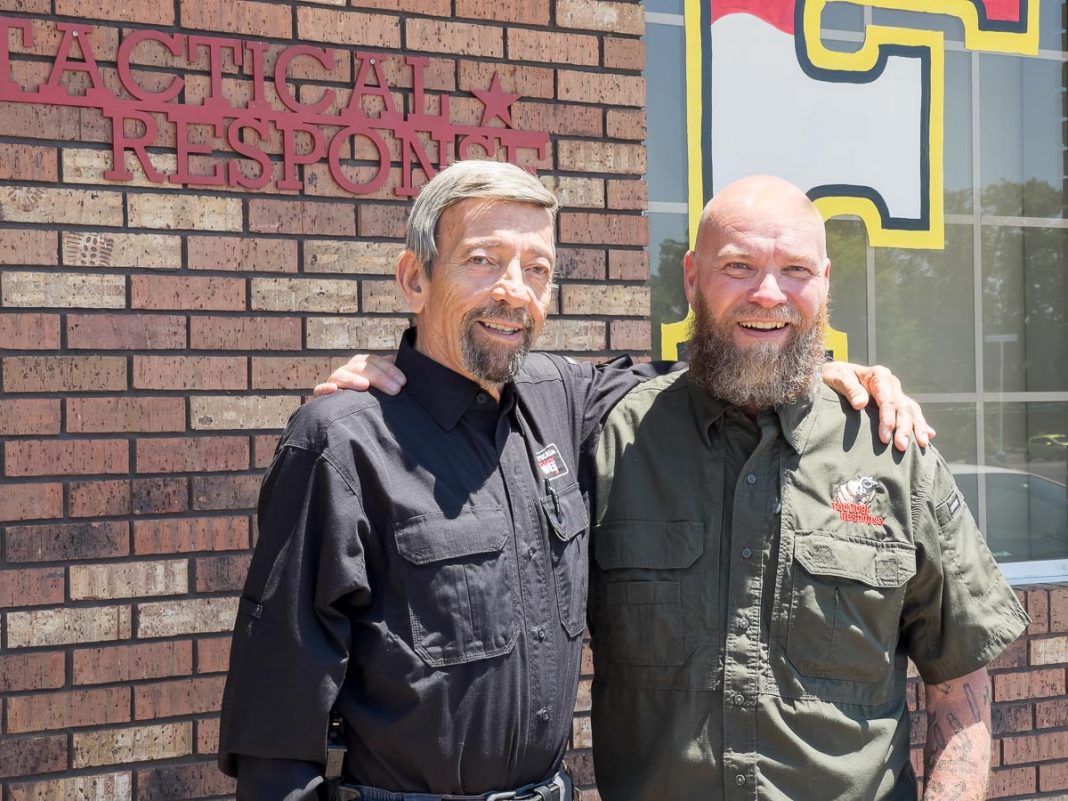 We have recently learned of the passing of James Yeager, who had been courageously fighting ALS, Lou Gehrig’s disease.

I’ve known James Yeager for many years. A noted and controversial instructor of armed self-defense, he was famous for promulgating the “Get Off the X” theory, combining tactical evasive movement with return fire.  He had one persona on YouTube videos, and another in real life. If he had worked on the dojo instead of the range, it would have been fair to say that the YouTube James was sometimes akin to a WWF wrestler, while James in person was a humble but highly skilled sensei.  Those of us who knew him, knew him as generous, kind, and a deep thinker.

I can’t write a better obit for him than the one by our mutual friend Kat Ainsworth Stevens.

His training school, Tactical Response, will continue under his very able staff.

I had a chance to pay my respects to him a few months ago when I taught a class for him at his school in Camden, Tennessee.  I was reminded of a case a dozen years ago when one of his adjunct instructors, Larry Hickey, was charged with multiple counts of felony aggravated assault for shooting two of three people who attacked him and his wife.  I’ve seen a lot of instructors fail to stand up for their students in court when they used their self-defense training for real.

Not James. He testified strongly in court.  His student/instructor walked away a free man. I have always respected James all the more for that.

Rest in peace, brother. You taught us all how to face death with courage and dignity.

Brother Yeager’s instructions for after his passing was to have a party, not a wake. He explicitly said, “No sad shit!”

Yup.  That was the James Yeager I knew, all right.