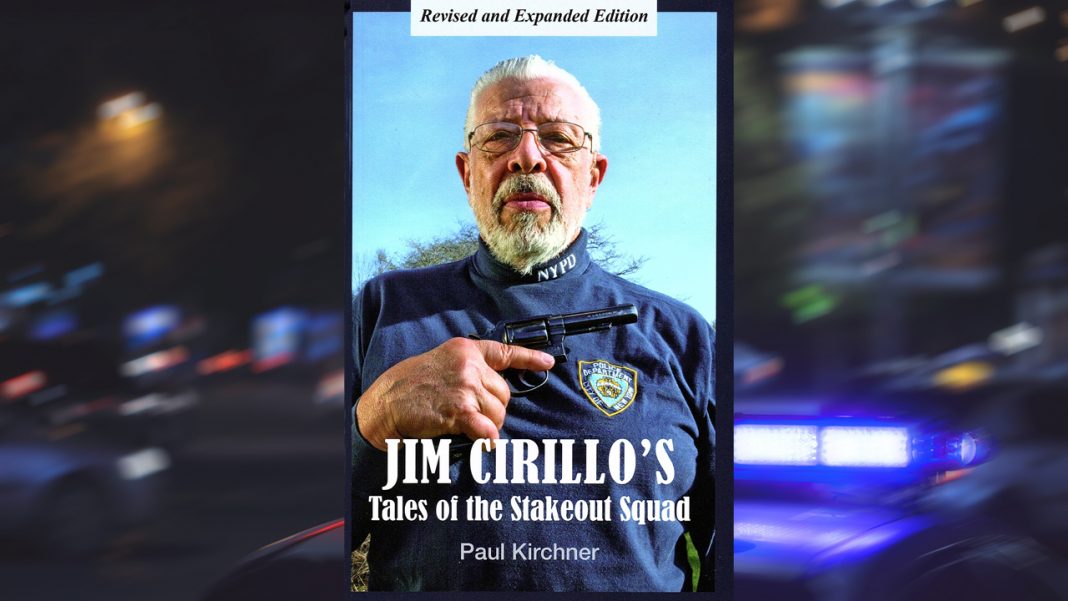 When Paladin Press went out of business, the Jim Cirillo books went with them. Old copies of Jim’s own book “Guns, Bullets, and Gunfighting” is now only available used, on Amazon. Fortunately, Paul Kirchner kept the rights to his book, “Jim Cirillo’s Tales of the Stakeout Squad,” and now has a self-published, EXPANDED version available.

The SOU comprised NYPD’s ultimate gunfighters, selected for their marksmanship and coolness under pressure. Almost every criminal they faced had a loaded gun in his hand and his finger on the trigger. In the few years before political correctness caused enough ruckus to get them disbanded, they killed enough armed and violent criminals in shootouts to fill a churchyard cemetery.

They learned a great deal about prevailing against armed criminals trying to kill them along with innocent victims. I knew Jim Cirillo very well, and learned a great deal from him. He was a funny, family-loving, God-fearing man, the sort you’d want living next door to you, and he put a bunch of bad guys in the ground when he had to. We’ll never know how many innocent lives he and his partners on the Stakeout Unit saved. Cirillo was a Second Amendment stalwart, and wanted law-abiding armed citizens to know the life-saving lessons he and his brother officers had learned.

The original book ran about 53,000 words. This edition, augmented by interviews with relevant sources Paul was able to interview after the first one came out, runs almost 69,000.  If you’ve read the original, you want to see this new revised and expanded edition.  And, if you haven’t read the original, you definitely want to read this one.  Jim won his gun battles with old-school technology: a six-shot .38 Special revolver (or two, or three) and a five-shot Ithaca slide action 12 gauge shotgun. It was about tactics, mindset, preparation and shooting ability.

“Jim Cirillo’s Tales of the Stakeout Squad” would make a great gift for any member of the “gun culture” who’s on your Christmas list.  Paul tells you how to order, here:

The new revised and expanded edition of “Jim Cirillo’s Tales of the Stakeout Squad” is $25, plus $3 for shipping; $28 total.

You can buy it on Gunbroker.