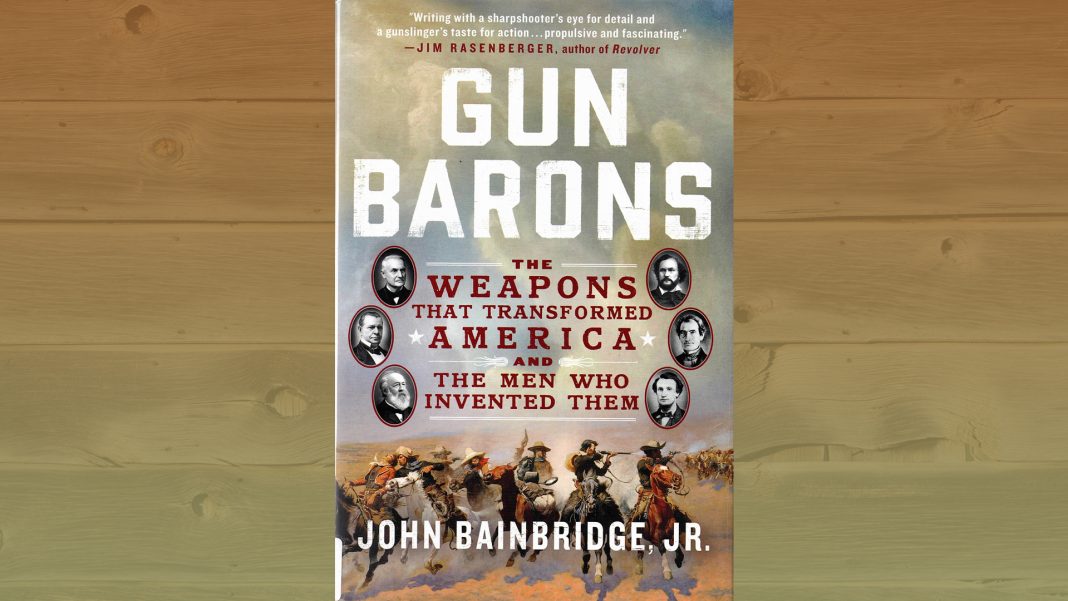 I just read “Gun Barons: the Weapons that Transformed America and the Men Who Invented Them” (St. Martin’s Press, 2022). Author John Bainbridge, Jr. starts off with this statement: “Americans love their guns. Hate them, too. They are on our hips, in our bedside drawers, welded to our psyche and our language. Our conversations are peppered with gun metaphors: We set our sights, take a long shot, look for a silver bullet, are straight shooters, shoot from the hip, and go off half-cocked. We ride shotgun, sweat bullets, and keep our powder dry. We stick to our guns.  They dwell in our soul.”

Bainbridge, neutral on the gun control issue at least in the book, focuses on the inventors and manufacturers, the marketers, and most important, the many things that drove the markets for firearms in the first place.  We meet Samuel Colt, Oliver Winchester (and the men who really designed his rifles), and Horace Smith and Daniel Baird Wesson and more.  We learn the background of the Spencer repeating rifle, and how hands-on shooting brought Abraham Lincoln from hating it to loving it and approving it for the Union armies.  We learn why the Spencer missed its chance to unseat the Winchester as the lever action repeating rifle that “won the West.”

And more, much more.  All set within the context of the times. Military needs and civilian needs, and the needs of other countries in troubled eras.  We meet inventors who sold their brainchildren cheap and made millionaires out of the market-savvy manufacturers who bought their patents.  We witness patent wars, such as Rollin White versus Smith & Wesson, whom he felt didn’t pay him enough for his patent on a revolver cylinder with its chambers bored all the way through for metallic cartridges.

I’ve been in this game a long time, and Bainbridge told me things I didn’t know…and he told them well.  A great read, thumbs up.