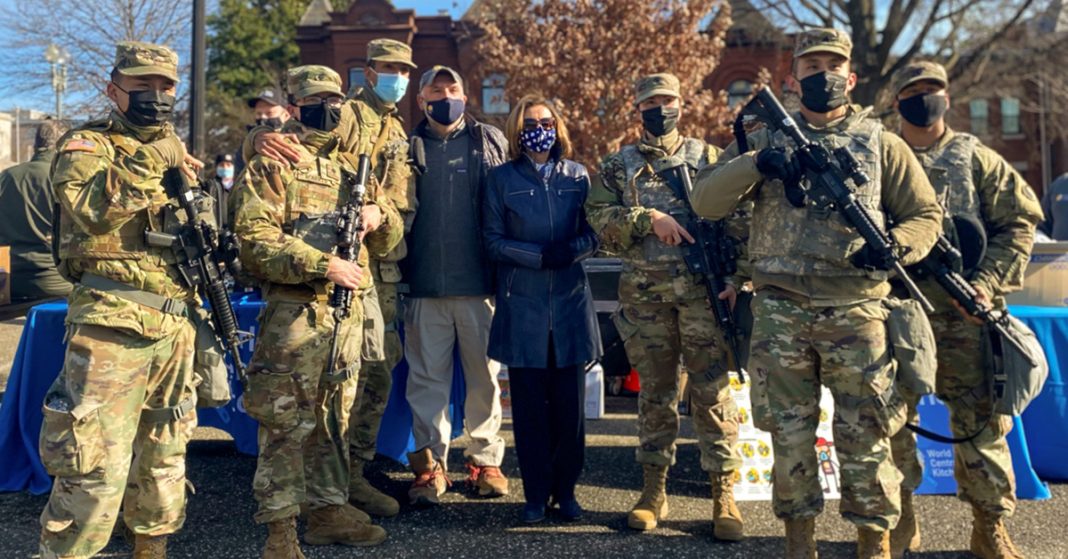 We are told that somewhere between 20,000 and 30,000 National Guard troops have been brought into the District of Columbia “for security” during the Presidential Inauguration. Great way to express trust in the American people.

And we notice that in virtually every photo of those troops distributed thus far, they are armed with rifles that have no magazines.  What are they expected to do if armed conflict did break out? Rush into the gunfire of the terrorists and butt-stroke them? Great way to express trust in your own military. Speaking of which, catch Democrat Representative Steve Cohen, on CNN, here:

One of the things most adults figure out early is that if someone distrusts you without reason, that person himself has not earned your trust.