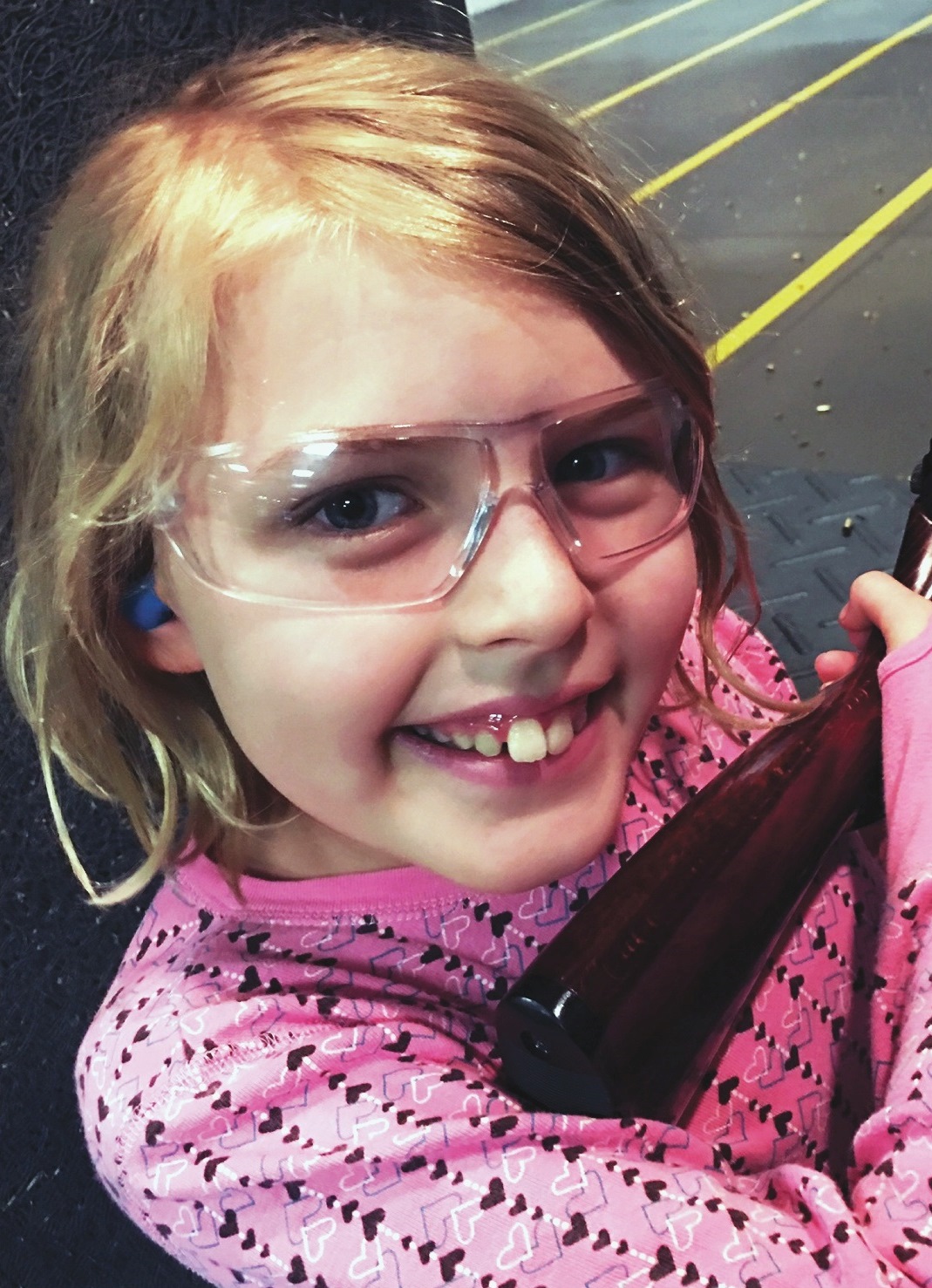 Gun writer Duane Thomas is one of my graduates and an old friend.  He has given me permission to share the following story with you:

I am going to share this story, just because I think it’s so cool.

A friend of mine, Rita, has two daughters, the younger is named Cayla. Cayla is petite, fine-boned, blond-haired, gray-eyed, pretty, strong-willed, verbal, and as Rita puts it, “takes no crap from anyone.” At the time the events recounted in this story occurred, Cayla was eight years old.

By the way, Rita has already run Cayla through the Myers-Briggs Type Indicator personality test, and Cayla is an ESTP. Each of the 16 MBTI personality types has its own little few-words description. ESTP is the sign of The Athlete. These are people who tend to have naturally good hand-eye coordination; they also tend to be able to learn new physical skills comparatively effortlessly. When Cayla was in martial arts training, she could watch the instructor perform the moves a few times, then instantly perform them flawlessly herself. ESTPs also have such innately good awareness of their surroundings, they’re almost impossible to sneak up on.

I will also mention, Cayla is a budding little gun nut. When her mother brings her guns back from the range and has them spread out over the kitchen table for cleaning, Cayla is FASCINATED. She’s bellied up to the table, leaning over it to get closer, she practically has her little nose stuck inside the gun.

And now, the story.

Rita said to me, “I was going to CVS to drop off a prescription. I took Cayla into the store with me. I was standing there in line. You ever suddenly get that sense someone else is just way too close to you? I looked around and the guy in line behind me was standing WAY too close. Just obviously trying to invade my space and intimidate me.

“There was a sign standing there that said something like RESPECT OTHER PEOPLE’S SPACE DON’T STAND TOO CLOSE. I reached out and tapped it with my fingernail, and actually had my mouth open to tell him to back off when the pharmacist called me up. So I went up to the counter, which entailed turning my back on him. Cayla planted her back against the counter, folded her arms and glared at the guy. There was no way he was sneaking up on her Mommy with Cayla on the job!

“So we go sit out in the car in the parking lot, run the AC, listen to music, chat, just killing the two hours. But we’re also watching the store entrance, and we don’t see the guy come out. Two hours goes by, I say to Cayla, ‘We have to go in and pick up that prescription now.’

“’Mommy, that creepy man is still in there.’

“’Yes, he is. But we’re not going to not pick up the prescription just because he’s in there. And there’s no way I’m going to leave you out here alone, you’re going to have to come in with me.’

“So we go into the store. And Cayla’s head is on a swivel. Total 360-degree danger scan. We get up to the counter, again she stands with her back against it, looking out into the rest of the store. She doesn’t need to be told to put something solid at her back, she doesn’t need to be told to position herself so that no one can get to her, or me, before she sees them.

“I get the prescription. We’re walking through the store on our way out. Again, Cayla’s head is on a swivel. She says to me, ‘Don’t worry, Mommy. I got your six.‘”