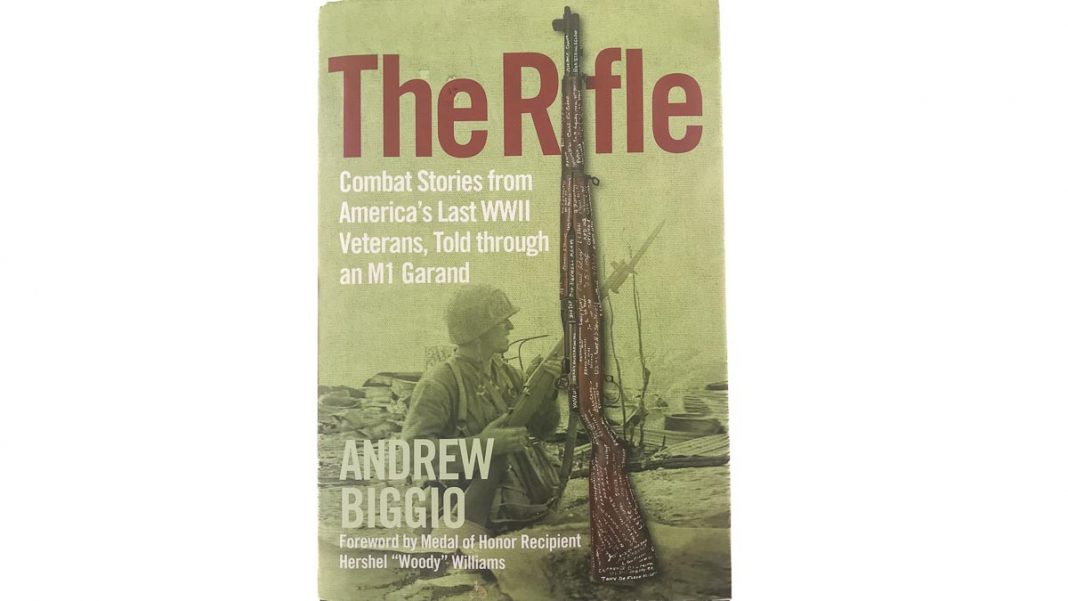 With the recent Memorial Day observance and the memory of the countless Americans who sacrificed their lives for freedom fresh in our minds, let’s talk about the first thing that’s likely to get thrown under the bus in the current gun owners’ civil rights controversy:  Americans 18 to 21 purchasing rifles.

I recently read “The Rifle,” written by a young veteran of the current conflict: Andrew Biggio, named after a forbear killed in Italy during World War II.  Seeing the Greatest Generation expiring from old age, he bought a rifle that symbolized their job at the time – the semiautomatic M-1 Garand, which fired an eight-round clip of .30-06 ammunition much more powerful than the 5.56mm round of today’s service rifle – and had it autographed by every WWII vet he could find.

When they signed the rifle, they told their stories, and Biggio recounts them movingly in the book.  He met one man who, in the Pacific campaign, was overrun by enemy soldiers in a banzai attack.  His Garand went empty, and the enemy was upon him before he could reload. He had to use the bayonet at the end of his M-1 to stop the man who was trying to kill him, and when the bayonet became stuck in the dead enemy’s body and he couldn’t pull it free, he had to draw a fighting knife from his belt scabbard and stab his next attacker to death with it.

(I bet he would have appreciated a weapon that could fire more than eight shots before reloading.)

And most of them weren’t much older than 18 when they signed up.

Many of their comrades weren’t yet 21 when they died for their country.

But that was only one of my take-aways from this memorable book. I’d like to hear your thoughts on the subject.