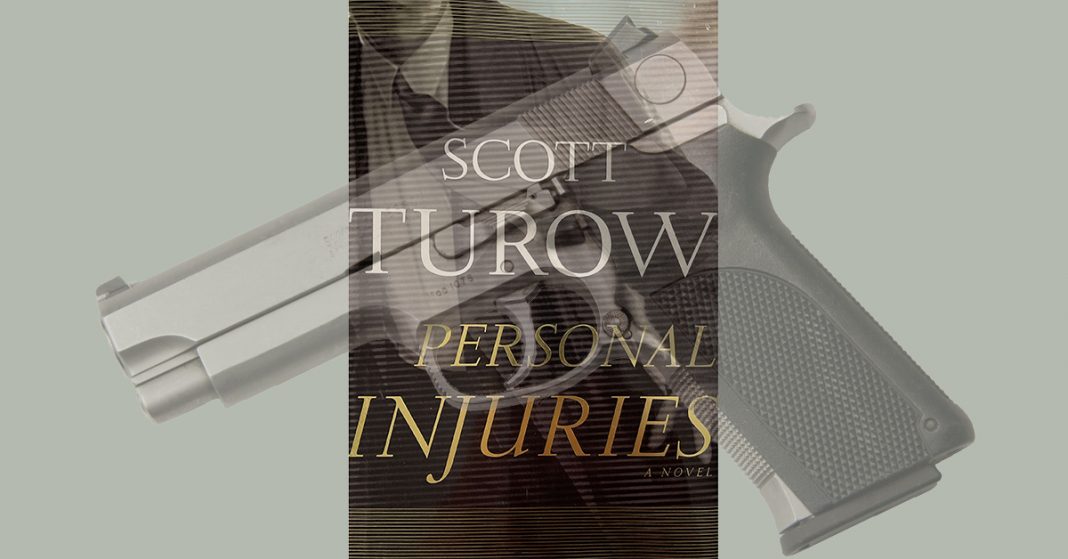 Most of my reading is non-fiction, but I can enjoy an occasional realistic novel.  Grisham and Turow, for example, lawyers who write courtroom fiction.  Scott Turow, formerly an assistant US attorney in Chicago, makes you feel like you’re right there as he takes you through a US attorney’s sting operation in “Personal Injuries,” published 22 years ago and still quite readable.

Alas, writing about guns and law enforcement shootings is not his strong suit.  Reading “Personal Injuries, ”which is set in the early 1990s, I got to the part where the female FBI agent working undercover unarmed suddenly decided she needed a pistol.  Turow wrote:

There was no point in sitting there unarmed while she was waiting for the bogeyman. The only weapon (her boss) could get her was one of the S&W 10 millimeters that nobody in his right mind really wanted. Typical D.C., good idea gone wrong. After the death of three agents in a shootout in Miami, the thinking types wanted eleven-inch penetration, lighter ammo, fast expansion. Smith & Wesson made the gun to spec, but the thing was the size of a cannon – she’d need a beach bag, not a purse, to hide it – and the handle was bad. At home she had an S&W 5904, high-capacity double-action semi-automatic, 9mm. That was a weapon.

Where do we begin? Only two agents were killed in Miami during that terrible incident on April 11, 1986: Ben Grogan and Jerry Dove.  The 10mm Smith & Wesson Model 1076 adopted when John Hall headed FBI’s Firearms Training Unit was a compromise, since some agents wanted a .45 and others wanted a high-capacity 9mm.  The 1076 was essentially the same size as the 5904 Turow ascribed to his fictional agent, though admittedly heavier since the 1076 was all steel and the 5904 had an aluminum frame.  FBI’s specified minimum penetration depth for duty ammo was twelve inches, not eleven, and “lighter ammo, fast expansion” was the exact opposite of what they sought.  A light, fast 115 grain Winchester Silvertip from Special Agent Dove’s 9mm S&W Model 459 had gone through the cop-killer’s arm and into his chest, and stopped about an inch before it reached his heart, allowing him to stay up and running…and killing.

Little flubs like that irritate people who work in the given field. That said, though, Scott Turow writes great fiction when he writes what he knows.