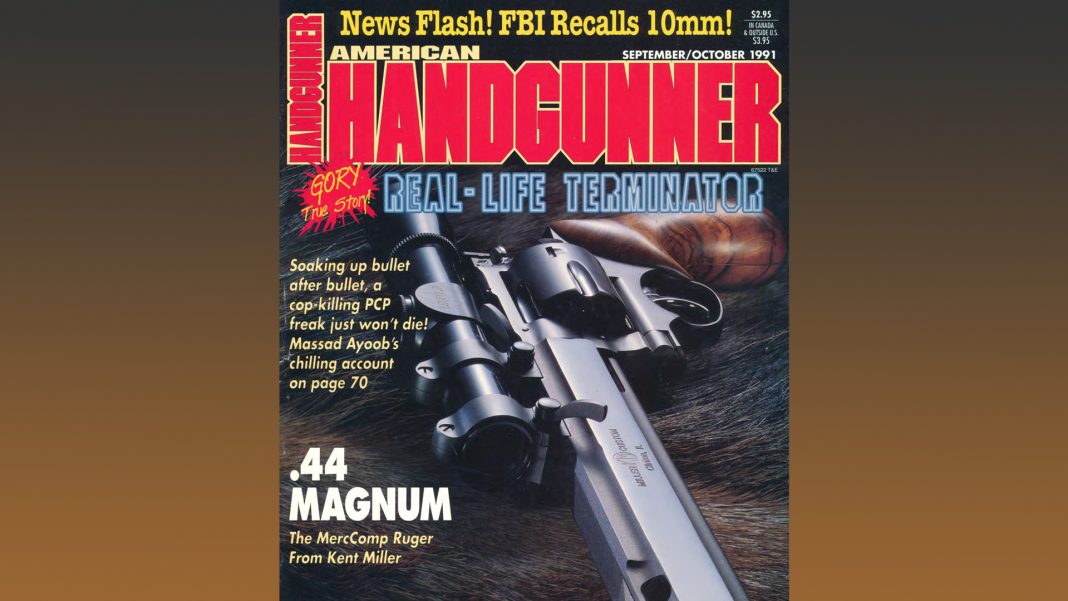 For decades now, I’ve done a series for American Handgunner magazine called “The Ayoob Files” in which we dissect and analyze actual gunfights.  Some are historical, but most are contemporary and include interviews with the survivors.

I recently reviewed this one.  That September/October 1991 issue covered a classic and tragic incident in Baton Rouge. A young policewoman was murdered, and a particularly determined cop-killer finished off at last by the sole survivor.

Lessons: Some bad guys take a lot of lead before they stop committing mayhem and murder. Body armor can be a life-saver…if you’re wearing it.  Armed people need to full grasp both gun disarming and the flip side of such struggles, weapon retention.

Lots of other useful material in that issue, too.