While teaching in Arizona last week, I heard from friends at Gunsite Training Center that Jack Weaver had passed. The retired lawman was eighty.

Back in the 1950s when Jack Weaver was a young deputy at the Los Angeles County Sheriff’s Office, he attended the gunfight simulation matches developed in California by the legendary Jeff Cooper. The paradigm then was quick draw, one-handed shooting, but one also had to hit the target to win. Weaver experimented and discovered that he could hit fastest by drawing swiftly, taking a two-hand hold on the gun, and bringing it to eye level to rapidly aim. It proved to be the winning strategy. John Plahn analyzed the biomechanics of the isometric stance Weaver had worked out for himself, and Cooper adopted and promulgated it, naming it after Weaver. You can read the details here and here, in the excellent work of a fellow writer at American Handgunner magazine, Jeremy Clough.

The rest, as they say, was history. The paradigm changed completely: for police, for military, for armed citizens. We’ll never know how many good people survived criminal violence because they used the steadier, more accurate and controlled Weaver stance, or other two-handed stances for which the Weaver technique paved the way. I’ve heard that Jeremy’s article had made Weaver so popular that the old gentleman felt he was being treated like a rock star for the last year of his life. He well deserved it.

It is my loss that, though I knew Cooper, I never got to meet Jack Weaver. He changed a long-established paradigm. Weaver’s work undoubtedly saved untold lives.

The man Made A Difference.

These Lethal Force Institute students fire from what LFI calls the Classic Weaver stance in their final qualification at Phoenix Rod & Gun Club. 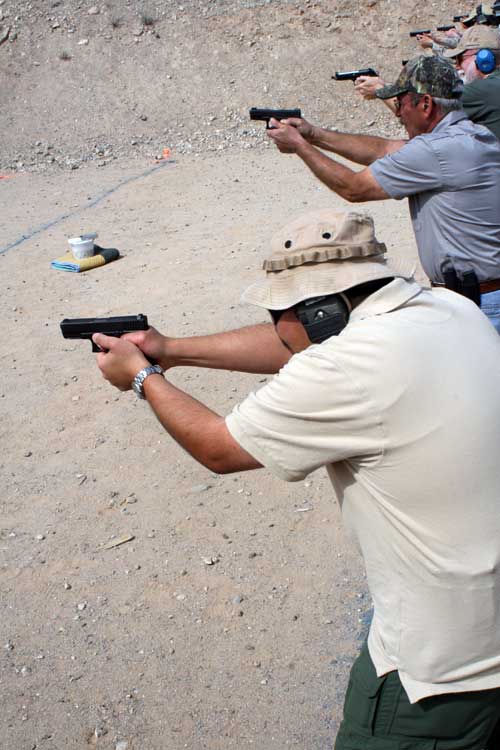