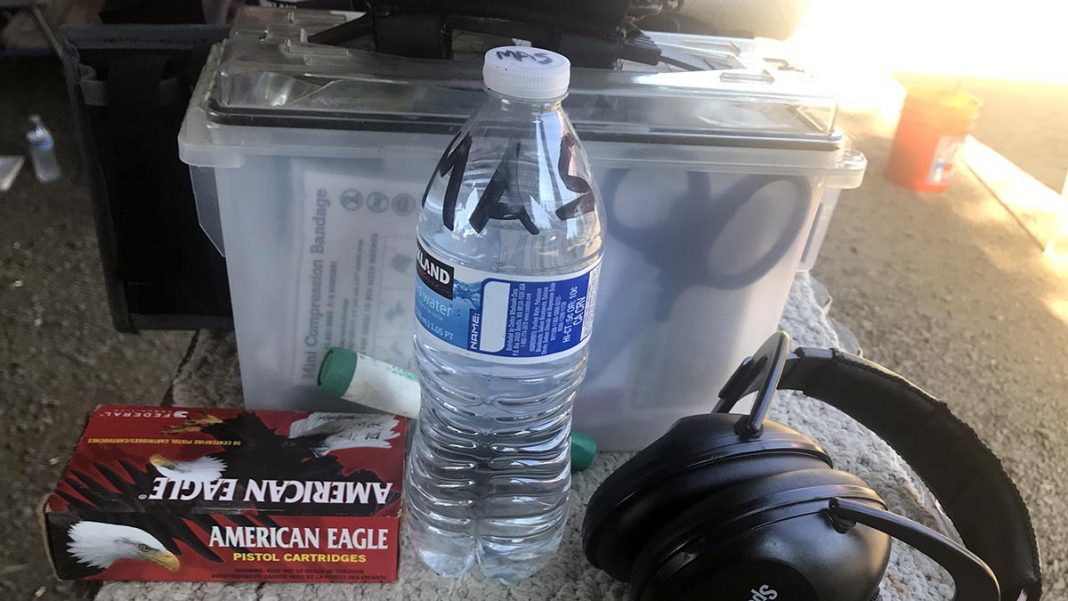 This summer has brought a brutal heat wave to most of America, and I’ve found it so at most of the venues where I’ve taught this season.  We’re doing OK because we take suitable precautions.  Let’s share.

In June, we had a couple of folks fade on us in mid-90s heat with oppressive humidity in Illinois. No problem.  We had an MD on site.  Water, electrolytes, shade and rest did the trick, along with the admonition not to push themselves. Hydrate, hydrate, HYDRATE!

In July I taught for a couple of weeks at the Firearms Academy of Seattle in Onalaska, Washington, halfway between Seattle and Portland, Oregon. On the day I left, August 2, the Portland Oregonian newspaper reported, “A heat dome last summer claimed nearly 100 lives across Oregon, 72 of them in Multnomah County. In Portland, a new record of 116 degrees was set.”  As for the present, the paper said “As Oregon’s long heat wave finally wanes, the state’s suspected heat-related death count has reached at least 15. On Sunday, Portland recorded its seventh consecutive day with the high at 95 degrees Fahrenheit or higher, a record for the city. On the following day, the state reported 14 hyperthermia deaths in Oregon since the string of high-heat days started.”

Well, none of those deaths were the nearby shooters, who were us.  In those two weeks we doubled the water breaks, and no one minded that accordingly we ran a bit late each day. We emphasized that hydration was mandatory, for everyone’s safety. Dehydration brings on fatigue, fatigue brings on carelessness, and we were running loaded lethal weapons. I kept them in the shade whenever possible.  The second week was a MAG-80 which includes some strenuous hand-to-hand combatives; our outdoor dojo had a roof, and that helped greatly.

A tip on water when there are a bunch of you. HAVE EACH PERSON MARK THEIR WATER BOTTLES! Even before the pandemic, no one wanted anyone else’s cooties, and when they came back from the firing line and saw many identical, indistinguishable partial bottles, some abstained. FAS issues Kirkland brand bottled water, which wisely has a space to write the individual’s name on the label. Otherwise, Magic Marker on the bottlecap helps identify one’s own H20.  I had them stage their water bottle right by their ammo, so it was right there every time they refilled their magazines.

Take care, and get through this long hot summer safely. (And speaking of that MAG-80 class, we have another one coming up in Illinois in September. http://massadayoobgroup.com .)