Wikitionary (yes, that’s a word and a thing) defines “busman’s holiday” thus: “First recorded in 1893 in the UK. The idea is that a busman, to go off on a holiday, would take an excursion by bus, thereby engaging in a similar activity to his work.”  Whenever I hear it, I channel to the Mark Twain quote I first heard from my old friend and colleague, the great police trainer Ed Nowicki: “If you love your job, you never have to actually work a day in your life.”

The Evil Princess and I are off to Rogers Shooting School in Ellijay, Georgia for the next week, to take their advanced handgun course.  Why? I learned a few things when I was a little kid, to wit:

If you aren’t good at taking orders, you probably won’t be good at giving them…

…and if you don’t learn, you can’t teach, at least not very well for very long.

During first quarter 2016, I was able to spend a week learning at the International Law Enforcement Educators and Trainers Association annual conference in Chicagoland, and three days at Tom Givens’ superb Rangemaster Tactical Conference held this year at the Memphis Police Academy in Tennessee.  I taught at both, but at the Rogers school, our only scheduled “training for US” in 2nd quarter 2016, I get to be purely in student mode. We’ve ordered a case of ammo per day for each of us. WOOT!

We’ve been wanting to take Bill’s legendary course and skill test for a very long time, and a confluence of scheduling finally allows it. I’ve known Bill for decades, shot against him in his heyday when he was on the “pro tour,” and don’t remember ever beating him. Those are the kind of people you can really learn from in the given discipline. Ain’t gonna even try to predict how I’ll do, but if I get my Annual Humility Requirement all in five days, well, that won’t be a bad thing either. I’ve always learned more from screwing up than I did from doing things right, and learning is our purpose in going.

What about y’all? Any training plans for this year? Observations on training in general? Discussion is welcome here. 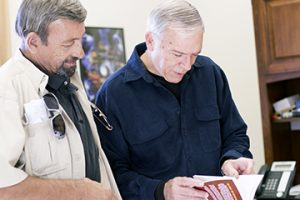