Got my holiday shopping done, and got some presents dropped off already. Noticed that some folks might have more expensive Christmas wish lists than others. Seems that San Diego PD is thinking about head-mounted cameras, kind of like patrol car dash-cams, to be worn on the head of each officer. The Bluetooth-size unit supposedly will be held on with a headband, and when the test run is completed next year, if the city wants them for the whole force they’ll give Santa a $4 million Christmas list.

Many in the criminal justice system had feared that the economy would lead to a rise in crime for the Christmas season, and there are certainly signs. In the Denver area, more than a dozen banks were robbed just last week, four of them on Friday.

In a Borders bookstore in Louisville, a bold panhandler was hustling the customers in the aisles. Outside, another one dressed like a rapper from Hollywood central casting was aggressively panhandling folks on the chilly sidewalk. I kept my hands in my pockets but wished him a Merry Christmas. He replied – swear to God – “Humbug.”  A few moments later, I watched him step into a new sedan and drive away.

I’m channeling the Christmases of my childhood, and the ones of my children’s childhood. (Don’t we all?) Another who is doing so is my friend Jim Fleming, a brilliant criminal defense lawyer in the Midwest. His reminiscence reads like Ralphie’s in Jean Shepherd’s perennial classic, “A Christmas Story,” only better. It’s shared with you HERE with his permission. 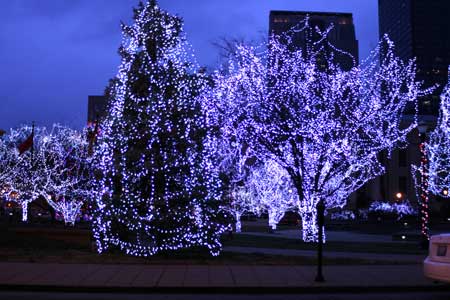