I recently taught, shot, and learned at the Pacific Northwest Tactical Conference, put on by Tom and Lynn Givens (Rangemaster.com) and hosted by Marty and Gila Hayes at their excellent Firearms Academy of Seattle facility in Onalaska, Washington.  130 students and teachers were in attendance, and some 60 or more of them shot the concealed carry shooting match which accompanied the training program.

Old guy here didn’t have his best day of shooting, but at the awards ceremony was living vicariously through his students.  In the men’s division, all four of the top finishers were my graduates, and so were three of the four who topped the women’s division.

Gabe White was the overall winner. He had taken my class back in the early 2000s when I was still teaching for Lethal Force Institute.  He ran with the ball, studying with master shooters and working and researching furiously to improve his own skills.  Gabe has become legendary in our field as the first (and still, to my knowledge, the only) person to shoot a perfect score on the extremely difficult Rogers Shooting School Advanced class test, drawing from a holster concealed beneath his shirt.  Gabe has gone on to become one of the most sought-after instructors in the business.  Having had a four-hour taste of his training at the Conference, I can see why.  Congratulations, sir!

In second place was Will Parker, who had just taken my MAG-40 class and the Active Killer Interdiction course at the Firearms Academy of Seattle.  Will was so confident in his skills that he shot the MAG-40 class mirror image (that is, as a southpaw despite the fact that he is naturally right-handed) and finished with a very credible 298 out of 300-point qualification score.

Third place went to Chris Harold. Chris had taken MAG-40 in 2015, and had also shot the qual mirror image, hitting a perfect 300 out of 300 possible score. Rounding out the top four was Karl Rehn, a graduate of both MAG-40 and the Deadly Force Instructor course I do with Marty Hayes.  I enjoyed heck out of Karl’s presentation on law enforcement shooting qualification courses over the years, which he presented at the conference with four hours of classroom history and four hours of live fire, from pre-WWII 1911 .45 qualification through the tough new course adopted by the Austin, Texas Police Department.

In women’s division, champion Martha Hoelschen is not one of my graduates, and that’s more my loss than hers.  However, second through fourth place have been through my classes, some more than once. They are Darla Steetle, Belle McCormack, and Gail Pepin.

Congratulations to all.  We trainers can’t take credit for our students’ accomplishments: in the end, the determination and skill with which they won was theirs and theirs alone.  Nonetheless, it warms the hearts of their past trainers to see it, and to offer our pride and admiration.

Champion woman Martha Hoelschen is flanked and congratulated by Lynn and Tom Givens. 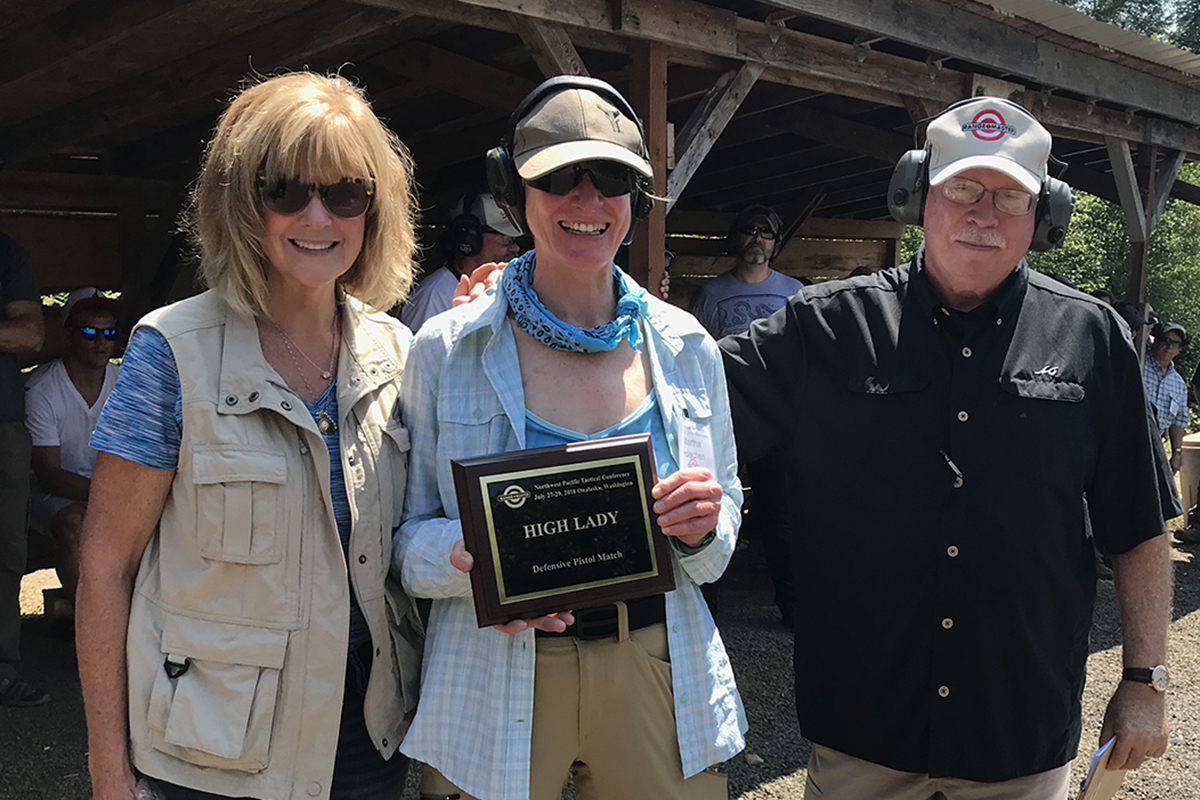 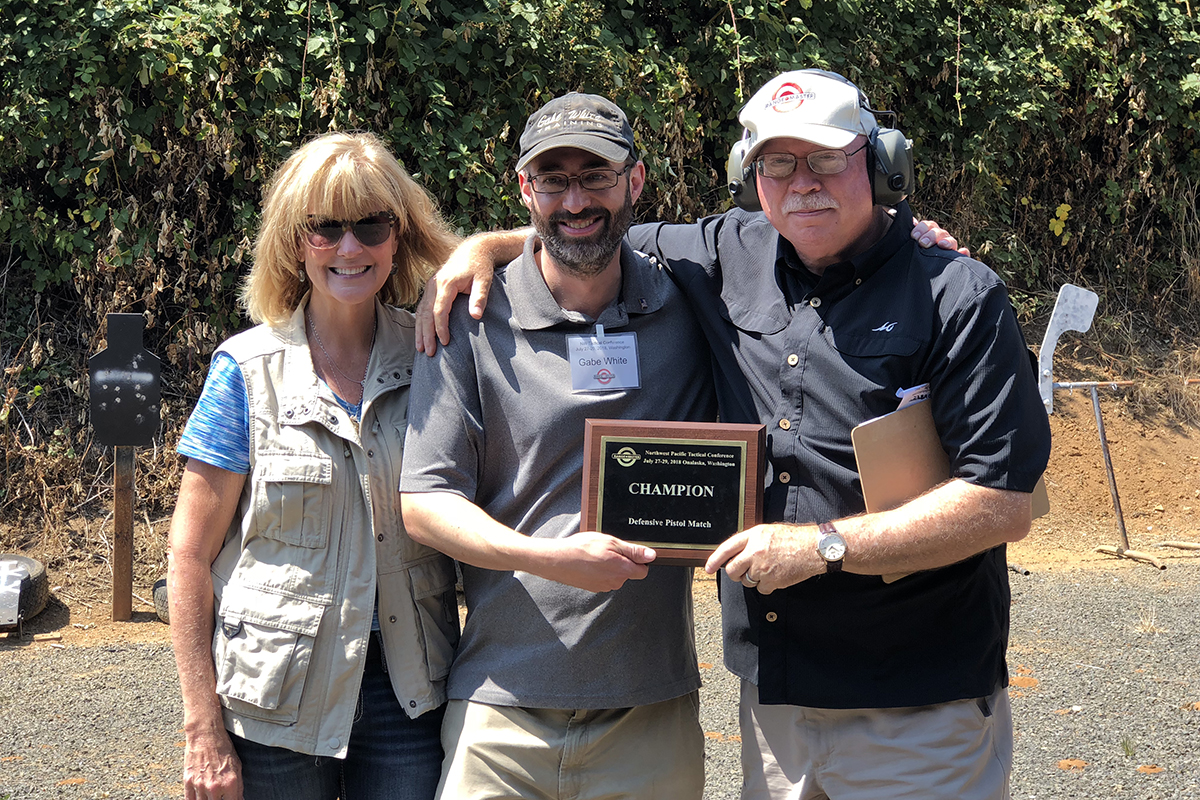