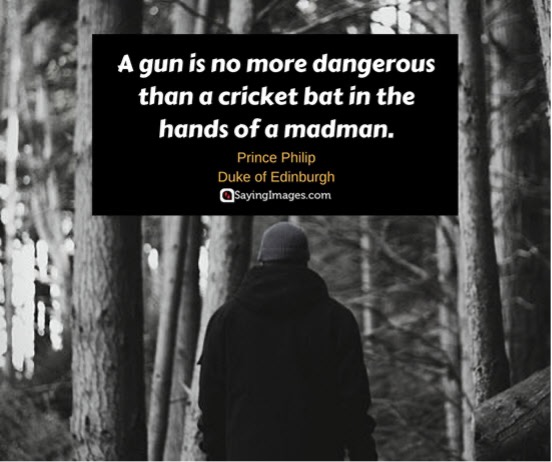 In his 99 years, Prince Philip, the Duke of Edinburgh, fought for his country with distinction in World War II.  Thanks to sayingimages.com for reminding us that Philip said, “A gun is no more dangerous than a cricket bat in the hands of a madman.”