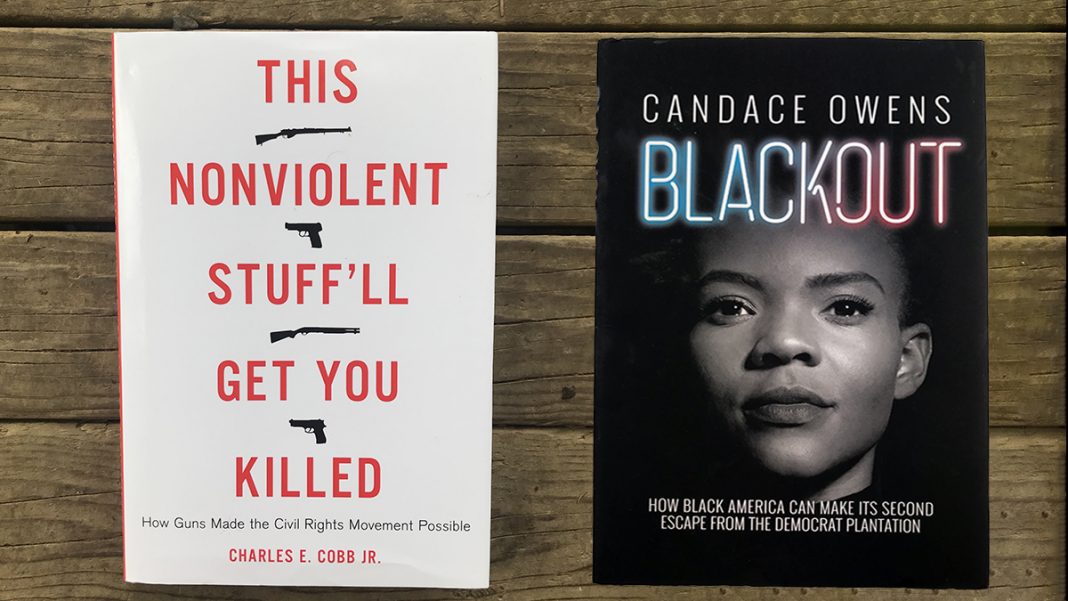 Candace Owens is a young American voice on the right, a black voice all too familiar with a certain political party’s history of treating her people, going all the way back to the first days of the Ku Klux Klan.  She founded Blexit, the movement which encourages African-Americans and other minorities to leave what she calls the “Democrat Plantation” and vote conservative.  In her recent book “Blackout,” she recalls her grandfather’s stories of the children hiding under beds when the Klan shot up their neighborhoods, and relating to her, “And my daddy would grab the shotgun and shoot back at them boys.”

In her very early thirties, Ms. Owens and her generation have learned something that many generations of African-Americans learned before them:  when ugly waves of racial hate-motivated terror arise in this country, the human targets of that hatred may find themselves on their own.

In his 2014 book “This Non-Violent Stuff’ll Get You Killed: How Guns Made the Civil Rights Movement Possible” Charles E. Cobb, Jr., an African-American National Geographic Staff writer and former field secretary for the Student Nonviolent Coordinating Committee, says:

“…as William Faulkner once put it, ‘The past is never dead. It’s not even past.’’ Cobb notes, ”Journalist William Worthy learned as much on his first visit to the (Dr. Martin Luther) King parsonage in Montgomery. Worthy began to sink into an armchair, almost sitting on two pistols. ‘Bill, wait, wait! Couple of guns on that chair!’ warned the nonviolent activist Bayard Rustin, who had accompanied Worthy to the King home. ‘You don’t want to shoot yourself.’ When Rustin asked about the weapons, King responded, ‘Just for self-defense.’ They apparently were not the only weapons King kept around the house for such a purpose; Glenn Smiley of the Fellowship of Reconciliation, who during the Montgomery bus boycott advised King on techniques of nonviolent protest, described his home as ‘an arsenal.’”

After tracing the long history of black American using guns to defend themselves against night riders and lynch mobs, Cobb said of the 1960s: “Although new federal laws were forcing white violence underground, so too were black-owned rifles and shotguns. ‘Nighttime marauders had learned to keep a more respectful distance from their targets because the targets were increasingly prone to shoot back,’ notes Charles Payne. Night riders could not be certain that they would not get killed by the blacks they assaulted. Since the end of World War II, black veterans had been consistently proving themselves willing to repel violent attack with gunfire, which helps explain why night riders turned to drive-by shootings – not lingering on the scene – or to bombs planted beneath churches and homes in the dead of night.”

Pundits have noted that a surprising number of traditionally Democrat voters in the African-American community voted for Donald Trump in the 2020 election. One wonders if gun owners’ civil rights issues might have been one reason for that…