Some will be watching fireworks on July 4, and some will be releasing them. Mine will come from gun barrels.  What better way to celebrate Independence Day and commemorate the armed citizens who gave us that independence?

Personally, I’m looking for some range time on the Fourth, and hoping to shoot a match over the weekend.  The sounds will fit right in with the more traditional celebration.

Which reminds me: a few years ago I was on the board of directors of a gun club that had been established around 1950.  Some folks who had knowingly built homes near an established shooting range wanted to shut down the club because of the noise.  (We won.)

Amidst all that, the local anti-gun newspaper wrote about the controversy, sending their reporters around to talk with the neighbors.  One of those neighbors told the reporter it didn’t bother him at all.

“It’s the sound of freedom,” he said.

I made a motion that we offer that neighbor a free membership. I don’t believe he ever took the club up on it, though.

Maybe he wasn’t even a shooter.

But he sure had his head in the right place.

Mas demonstrates that the sweet new Ruger SR45, introduced this year, is one kind of “fireworks” that works in the rain. Yes, there’s a solid backstop. 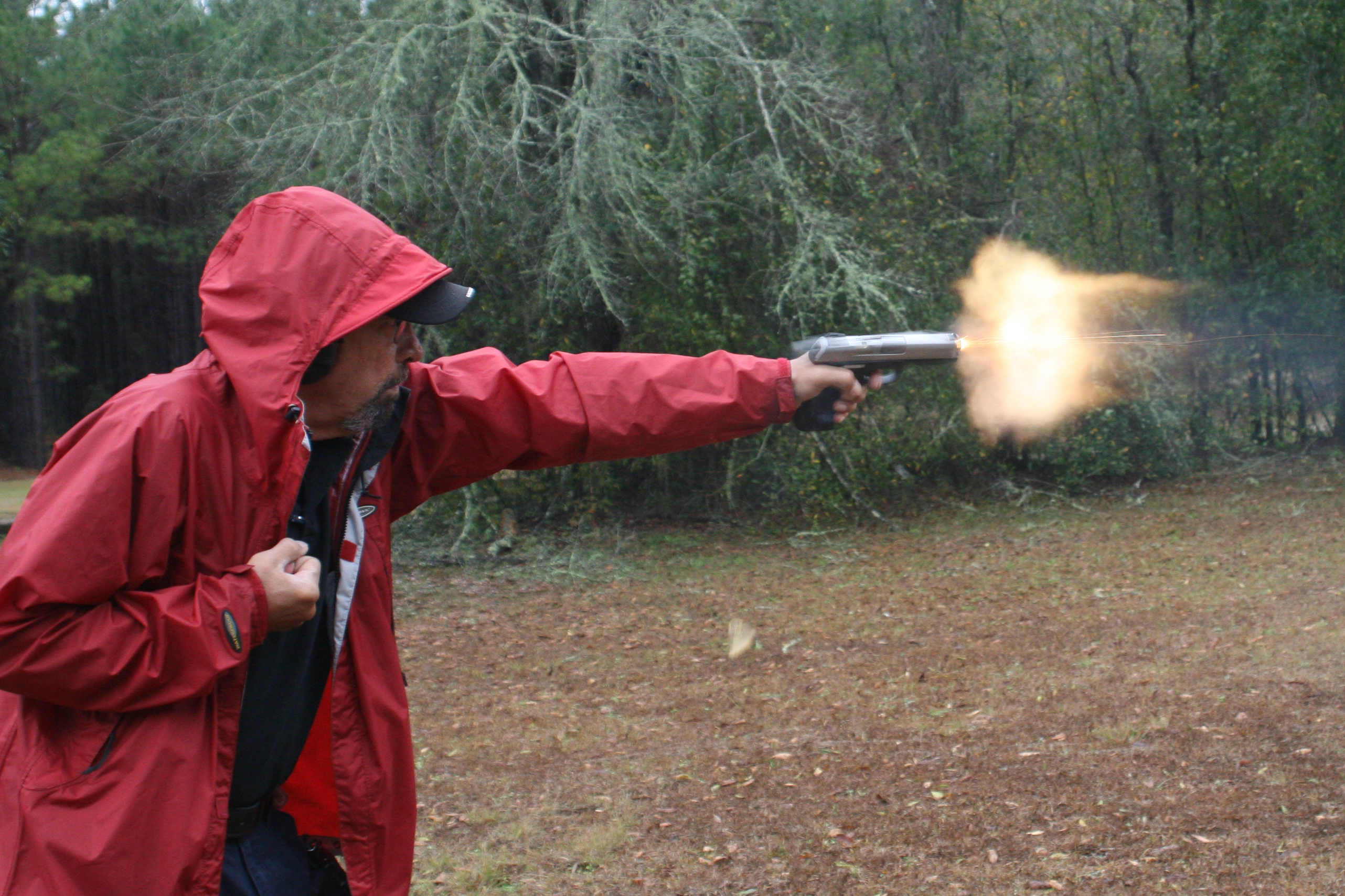