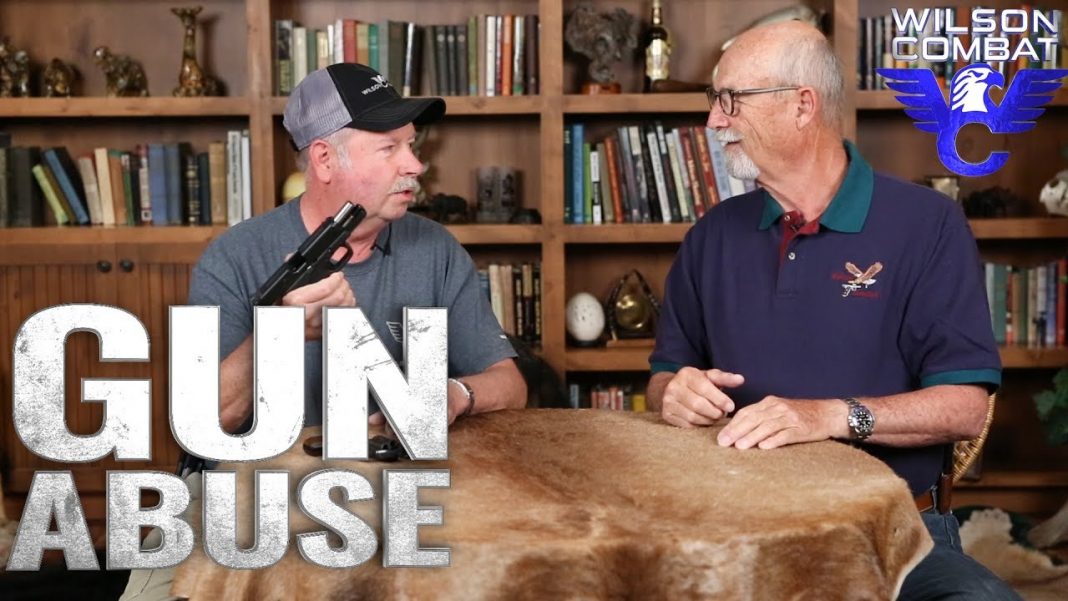 …you do know it’s a bad idea to slam the slide closed on an empty chamber, right?  With this platform, it’s best to ease the slide forward by hand to close it when the gun is empty.

Here, from our friends at Brownell’s, is an explanation why:

If you’re not familiar with those Brownell’s guys, I’m sure the names Ken Hackathorn and Bill Wilson will ring a bell.  There may be someone out there who knows more about the 1911 platform than these two guys, but I’m not sure who it would be…though I expect such a person would agree with them:

If you’re short on time, don’t worry: this is the first topic that comes up.  And, five or six minutes in, they’ll tell you why it’s not a good idea to slam the slide shut on any semiautomatic pistol when it’s empty. There isn’t a cartridge coming off the top of the magazine to slow down the slide, nor a cartridge rim inside the hook of the extractor to support and cushion that part as the slide mechanism drives it into battery. (It’s worth your time to watch the rest of the whole video, by the way.)

Yes, there are people on YouTube who sit in front of a camera repeatedly slamming slides closed on empty chambers and announcing, “I’ve always done it this way and my 1911 hasn’t broken yet.”

That’s sort of like saying, “I kick my puppy all the time and he hasn’t bitten me yet or died yet.”

Either way, you’re kicking a puppy.