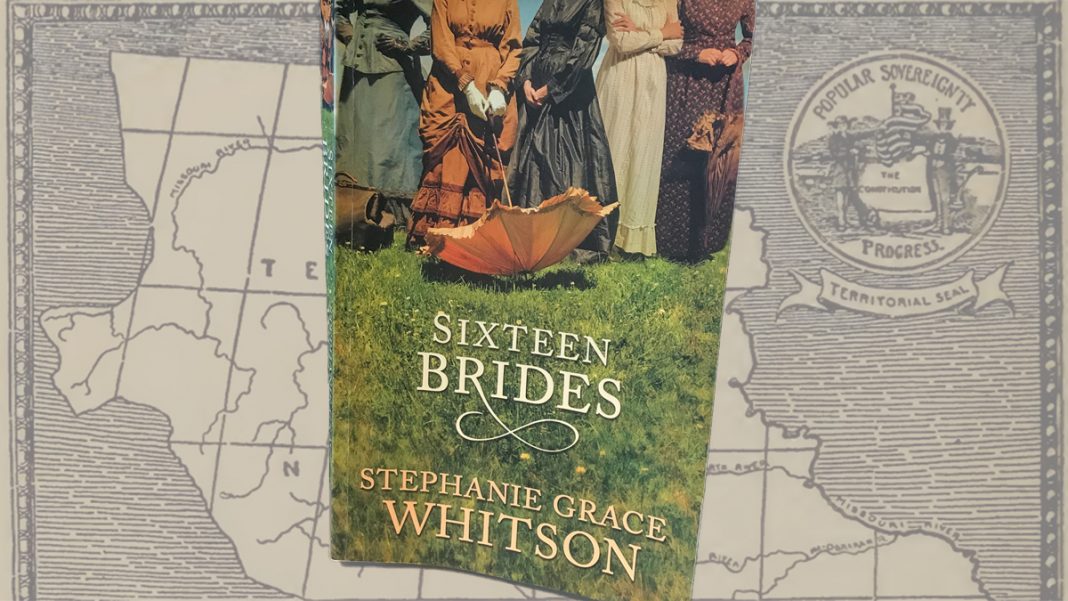 So there I was on the plane, presumably a macho gun guy, reading what was obviously a romance novel.

Fortunately, no one cared.

If someone had commented, I would have answered, “Excuse me? I’m reading historical fiction, thank you very much!”

The book was “16 Brides” by Stephanie Grace Whitson. She is married to my friend Dan Higgins, with whom I had just spent five days at Nebraska Shooters teaching a MAG-40 class on judicious use of defensive deadly force and “combat handgun” shooting.  Dan has an extensive background teaching hand-to-hand as well as armed force in the law enforcement/corrections sector, and “historical fiction” is how he described his wife’s twenty-some novels.  I think he got it right.

Stephanie Grace Whitson lives in Nebraska, where “16 Brides” is set, but travels all over doing intensive historical archive research for background.  This particular book details the actual phenomenon of post-Civil War widows traveling to the Midwest to meet single male immigrants who had come to the United States to take advantage of free homestead land.  While there was indeed a “mail order bride” sort of thing going on, the land give-away also attracted a number of lone women ready to make their way by themselves in what was definitely a “man’s world” at the time.

The characterizations and construction of relationships are well done, and are not in the “bodice-ripper” genre.  The plotline finds multiple cases of women using guns as equalizers against aggressive males, and true to her reputation for painstaking research Ms. Whitson gets the gun stuff right.

There’s certainly some romance in there, but “16 Brides” is really about women’s empowerment in a profoundly male-dominated era in American history.  Good reading, and recommended.