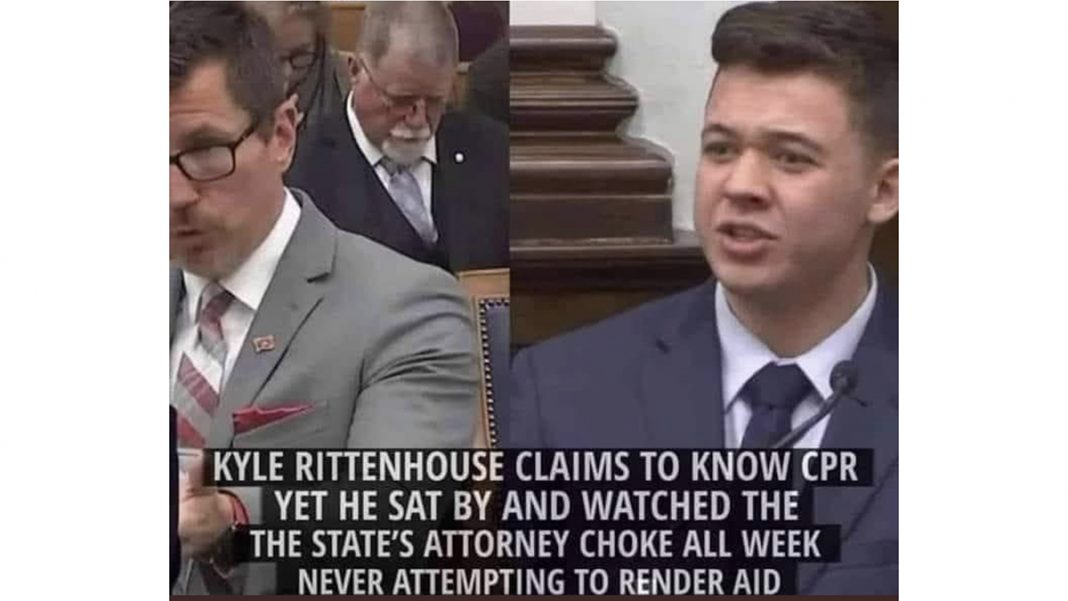 Perhaps appropriately, the Evil Princess and I were just pulling up to a gun shop when we listened to the Wisconsin v. Kyle Rittenhouse verdict announcement live on Court TV, streamed to the car: not guilty on all counts.

As I’ve been saying since the video of this incident first became available, this multiple shooting is a classic example of justifiable use of deadly force in self-defense. The kid had literally fought off a lynch mob by the time it was over.  With the verdict, he and his defense lawyers fought off a media lynch mob as well.

As some have noted here in the comments section of the blog and elsewhere, this case is a textbook example of an unmeritorious prosecution. They didn’t use every dirty trick in the book, but they came close.  They had kept out the fact that the first attacker to fall, Joseph Rosenbaum, had done several years in prison for raping little boys. The hospital he had just been released from with his plastic bag was a psych ward, where he had checked himself in because he was suicidal.  (Yes, this may have been a case of suicide by armed citizen.) Rule of Evidence 404(b) precludes mention of prior bad acts by the attacker you had to harm, because they were not known to you at the time you shot him and thus were not formative to your decision and your action. At least the jurors did get to see the video of Rosenbaum trying to chest-bump armed men and screaming repeatedly, “Shoot me, nigga!”  Now, out of information isolation and able to read the full story, they’ll perhaps discover the whole truth. Following the rules is one thing, but then – at the end of the trial – the prosecution tried to paint Rosenbaum as a hero. It was too late to object, to say “he opened the door,” and bring in Rosenbaum’s real background. But in this element, the prosecution’s strategy was akin to murdering your parents and then pleading the court’s mercy because you’re an orphan.

There were more pages in the prosecution strategy that were torn from the Book of Dirty Shyster Tricks.  For many years I was a certified police prosecutor in the New Hampshire system, and what that team did, in my opinion, disgraced the prosecutorial bar.

It was enjoyable to listen to some of the CNN people who had led the media lynch mob walking back their commentary after the verdict, but some still spewed the lies about vigilante justice, taking guns illegally across state lines, and the rest.  I was disappointed but not surprised to see ACLU and New York City’s anti-gun mayor babbling lies and smears after the verdict, but was both disappointed and surprised to see the Liberal Gun Club do something similar.

Kyle Rittenhouse wasn’t smart to go into danger as he did, but he was a brave and caring kid to do it.  Kyle has a free class from me any time he wants it, though he’ll have to listen to an old guy warning the students to stay away from those situations.  I think he’s figured that out already, though.

My faith in the justice system I’ve served for so many decades has been reinforced once again. Your comments, as always, are invited.