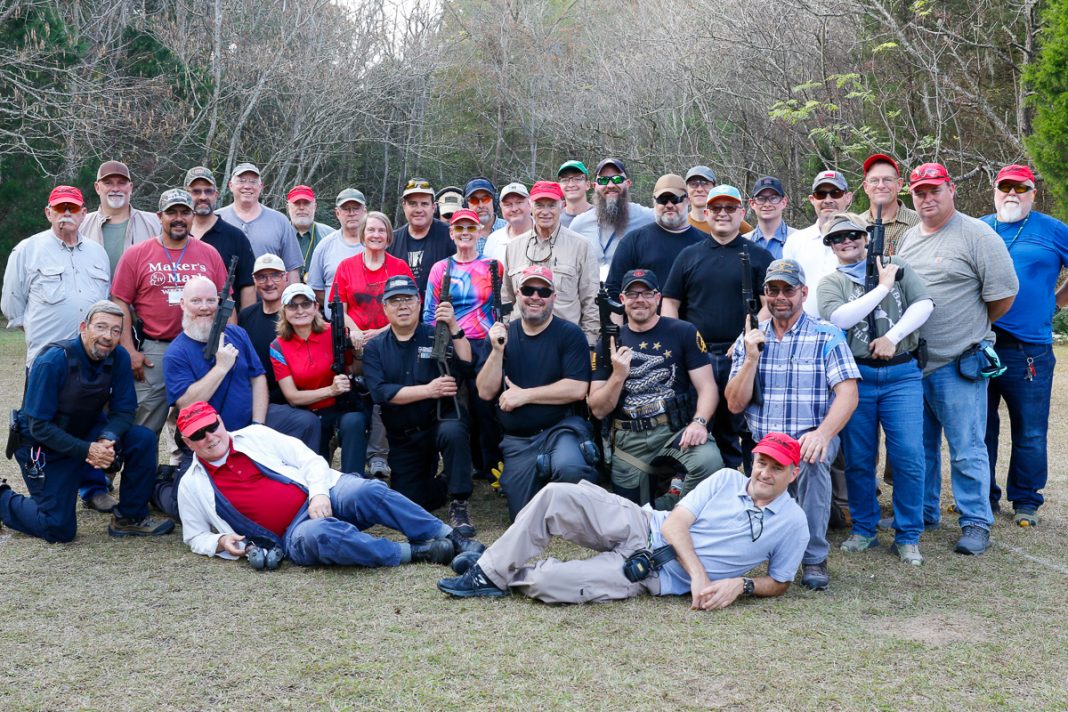 We wrapped up teaching for the year last Friday with a MAG-120, our third-level class. The numerical designation of the class indicates the number of cumulative hours training with us at Massad Ayoob Group.

All 25 students passed the extremely difficult triple-speed handgun qualification.  (Kudos to the top shot in class, Jonny Bath, who passed it with a 99% score.) They left with three certificates apiece: MAG-120, certified practitioner in handgun retention, and certified practitioner with the Persuader ™ mini-baton.

Almost all of the shooting drills were some sort of qualification, often at faster speeds than required by law enforcement.  We went to triple speed on the carbine and shotgun quals.

This program encompasses defensive handgun and long gun, and also includes introduction to fully automatic weapons. Part of the reason for the buzz guns is that after a hundred and twenty hours with me, I think they deserve a little fun.

The Evil Princess and I usually try to take a sabbatical from teaching during the period of mid-December through the end of January. We take the time to sort out administrative stuff and also to catch up on writing.  I’m afraid that won’t happen this year: after eighteen months of COVID-closed courtrooms the dam has burst, and the expert witness side of what I do has me scheduled to testify in three trials in January.

Our teaching schedule comes alive again in February. For anyone interested in our classes around the country, information is available at http://massadayoobgroup.com.