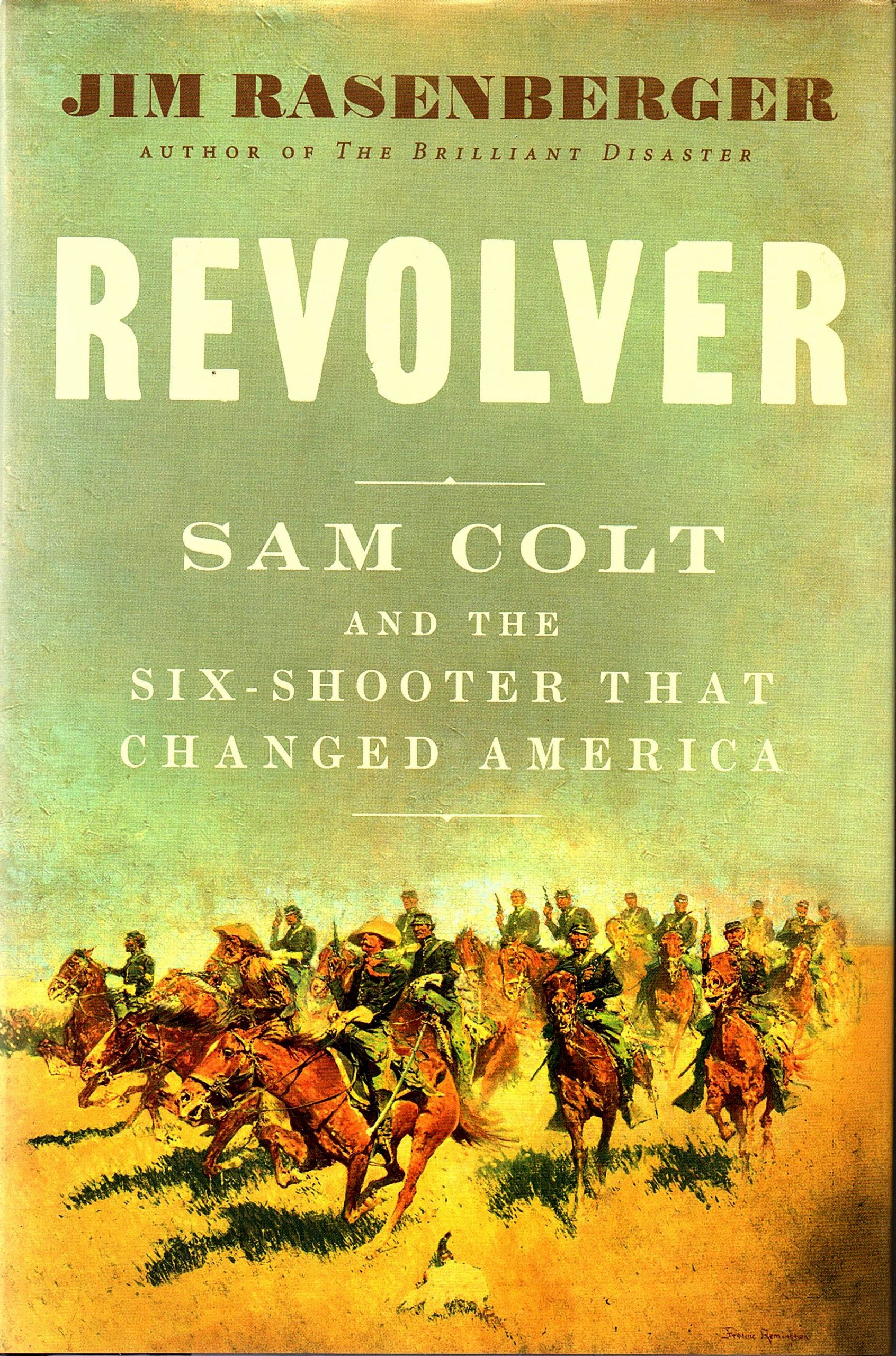 I just finished the new book “REVOLVER: Sam Colt and the Six-shooter That Changed America” by Jim Rasenberger.  Some fascinating history there. Rasenberger combines a deep dive into the personality of the man who, for all practical intents and purposes, invented the revolver with a perceptive analysis of relevant social trends in America and around the world.  Some points of particular interest today:

In the first half of the 19th Century, the author states, “…many if not most American households had at least a rudimentary firearm, with a greater prevalence in the south and west than in the north.” He noted Col. Colt’s penchant for gift guns presented to “influencers” of the time, with some ingenious packaging, “…putting some of the guns inside false books, a gimmick, but one that hinted knowingly at the future of these guns. Law for Self Defense was the title on the spine of one of these books. Other titles included The Tourists Companion and The Common Law of Texas.”

If you think you’re seeing scalper prices from some firearms dealers now, in the wake of 2020’s pandemic and rioting, consider what happened in the 1849 California gold rush. Writes Rasenberger, “One measure of the value Californians placed on Colt revolvers was what they were willing to pay for them. The price of nearly every product was inflated wildly in California in 1849, and especially that of guns. Rifles that cost $13 in New York sold in California for $150. A normal single shot pistol was $5 in New York and $40 in California. Nowhere was this inflation more evident than in the price of revolvers. A large-caliber Colt that could be had for $38 in New York would set a Californian back $200, according to one eastern newspaper. Another newspaper listed the price as $250, and records indicate that men paid as much as $500 for a Colt in California.”

Rasenberger seems to recognize that it’s not “guns cause crime,” it’s “crime causes people to buy guns.” He writes of the years immediately preceding the Civil War, “In Washington, by one estimate, a third of congressmen went into the Capitol each day armed, and many of those who did so were northerners. In New York City, George Templeton Strong noted a correlation between the rise in crime and the rise in gun ownership. ‘Most of my friends are investing in revolvers and carry them about at night, and if I expect to do a great deal of late night street-walking of Broadway, I think I should make the like provision.’”

The book makes the point, “Unlike a rifle, a revolver was worn close to the body, almost as an extension of the body, and it gave the individual who wore it the power to defend himself or herself (women began to carry revolvers after the Civil War) against malefactors, protecting the weak against the strong and the one against the many. ‘God made man,’ went a popular western saying, ‘but Colt made them equal.’”