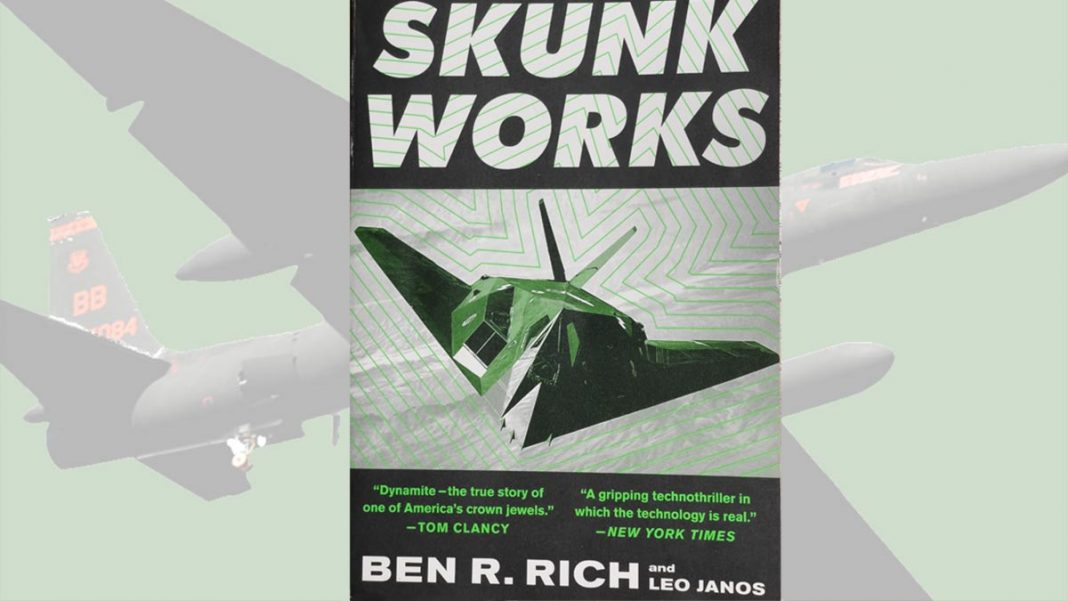 “Skunk Works” was the nickname of the research and development program headed for many years by the late Ben Rich, author of the book of the same title. From that crystallization of American ingenuity came super-speed stealth aircraft that were almost unimaginable when this crew of brilliant engineers made them a reality. Rich worked on more than two dozen aircraft designs in his stellar career, culminating with the amazing U-2 and the awesome SR-71 Blackbird.

My old friend Steve Sager, an engineer like Rich, was kind enough to give me a copy of this book. I had planned to read it on my next plane flight, but when I opened it and read the first page, I got sucked into it and completed the read.

OMG…the Cold War Steve and I both grew up in and lived through was scarier than either of us knew.

I’ll leave it to you to read the book and see that for yourself. This is the firearms blog for Backwoods Home, not the war blog.  But let me share this with you:

One profound lesson from “Skunk Works” is the critical importance of attention to detail, and looking ahead into what can possibly go wrong, however minutely, with any equipment or strategy that will be used in life-or-death situations.  Consider the following examples.

U-2 pilots were given cyanide pills so they couldn’t be taken captive and tortured for secrets if their planes went down. Pilot Marty Knudsen told Rich of the day a ground crew put the cyanide pill in the wrong pocket of the high-tech flight suit and a pilot with a dry throat popped one in his mouth instead of a lemon drop…fortunately, he recognized the deadly mix-up in time to spit it out.

When test pilot Bob Sieker’s U-2 flamed out at 70,000 feet plus altitude, the face mask of his necessary “space suit” blew out, and deprived of oxygen he lost consciousness and fatally crashed. Rich wrote, “The culprit that killed him was a defective faceplate clasp that cost fifty cents.”

Rich wrote, “We also learned the hard way that titanium was totally incompatible with many other elements, including chlorine, fluorine, and cadmium. When one of our engineers drew a line on a sheet of titanium with a Pentel pen, he discovered that the chlorine-based ink etched through the titanium just like acid.”

Indeed, as the saying goes, the devil is in the details.  Feel free to share here any comparable experiences you’ve had – with guns, or indeed, with life – and be sure to read “Skunk Works.” My thanks again to Steve Sager for getting me into this excellent book.