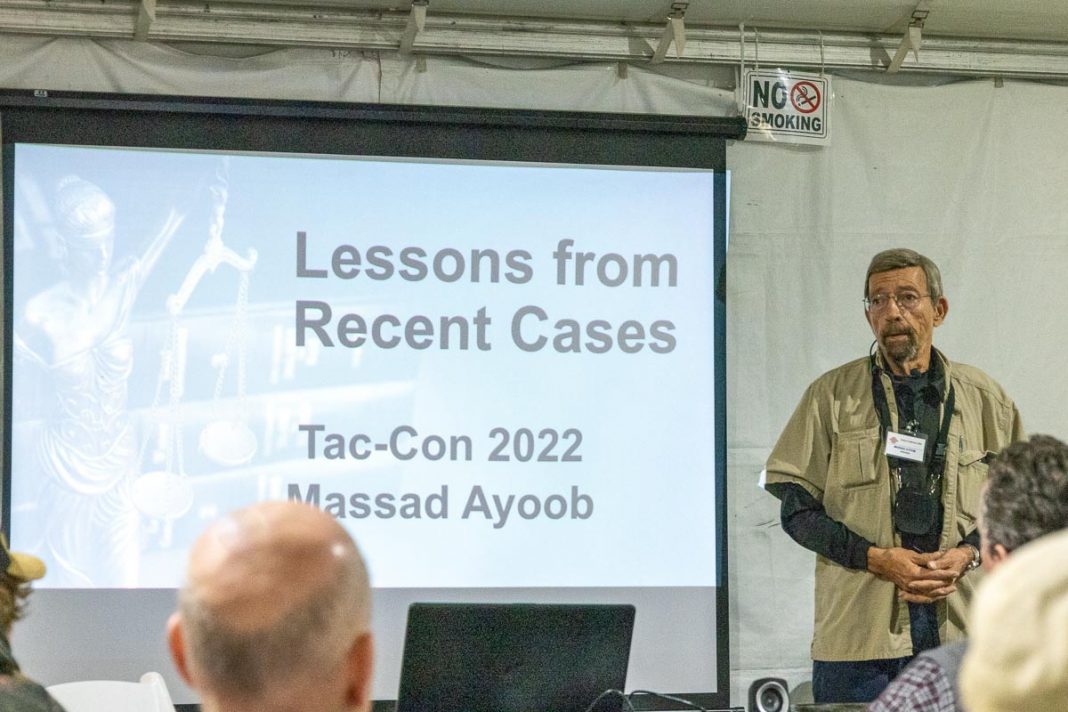 By the time you read this I’ll be back at home base. It’s been five weeks on the road: two shooting trials, a bunch of classes, and the inimitable Rangemaster Tactical Conference which the Evil Princess and I never miss.  One of the many friends there whom we cherish is Tamara Keel, who put together a review with links that is better than anything I could have assembled, so we have gratefully linked it here.  The link, courtesy of Tam’s blog takes you to the assembly of writeups compiled by a mutual good friend, Greg Ellifritz.

I only copy from the BEST, and these are two thereof. 😊

We had a great time. I enjoyed the many classes we took, and also presented one a couple of times myself.  Got some trigger time.  At the annual match, I was happy with my accuracy but not with my speed.  Old guy here is old SLOW guy.

The Tac-Con fills up quick; there’s no better buy for your time and money in the firearms/self-defense training world, in my opinion.  You can also take training direct from the team who created Tac-Con: Tom and Lynn Givens at www.rangemaster.com.  You’ll be glad you did.