When I say “mirror image” shooting, I mean the right-handed shooter running the gun left-handed in every respect, and the southpaw shooter doing vice-versa.  It’s useful for a number of reasons.

In the latter vein, I got in my own mirror image run while shooting the pace-setter for my third MAG-40 class of August, and it being a “retro month” for me, I did it with a Smith & Wesson Model 19 revolver drawn from a left-handed High Noon thumb-break holster.

Managed to finish with a 300 out of 300, on the ASAA (American Small Arms Academy) target used by our hosts in Connecticut, Defense Associates. The group measuring about five inches.  That’s a bit sloppier than last week’s, shot right-handed on an IDPA (International Defensive Pistol Association) target in South Dakota, which tells me I could stand a bit more southpaw shooting time. 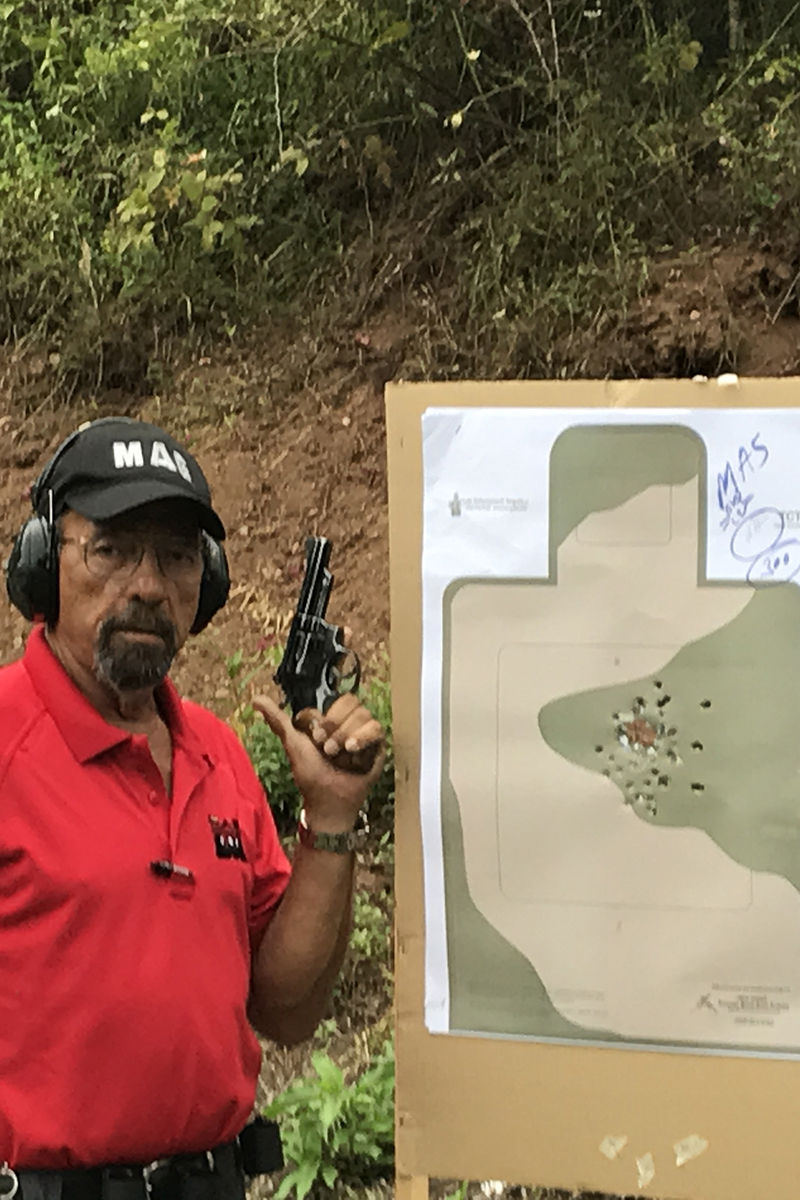 This pace-setter was author’s “mirror image” run for the year. Left-handed holster by High Noon. 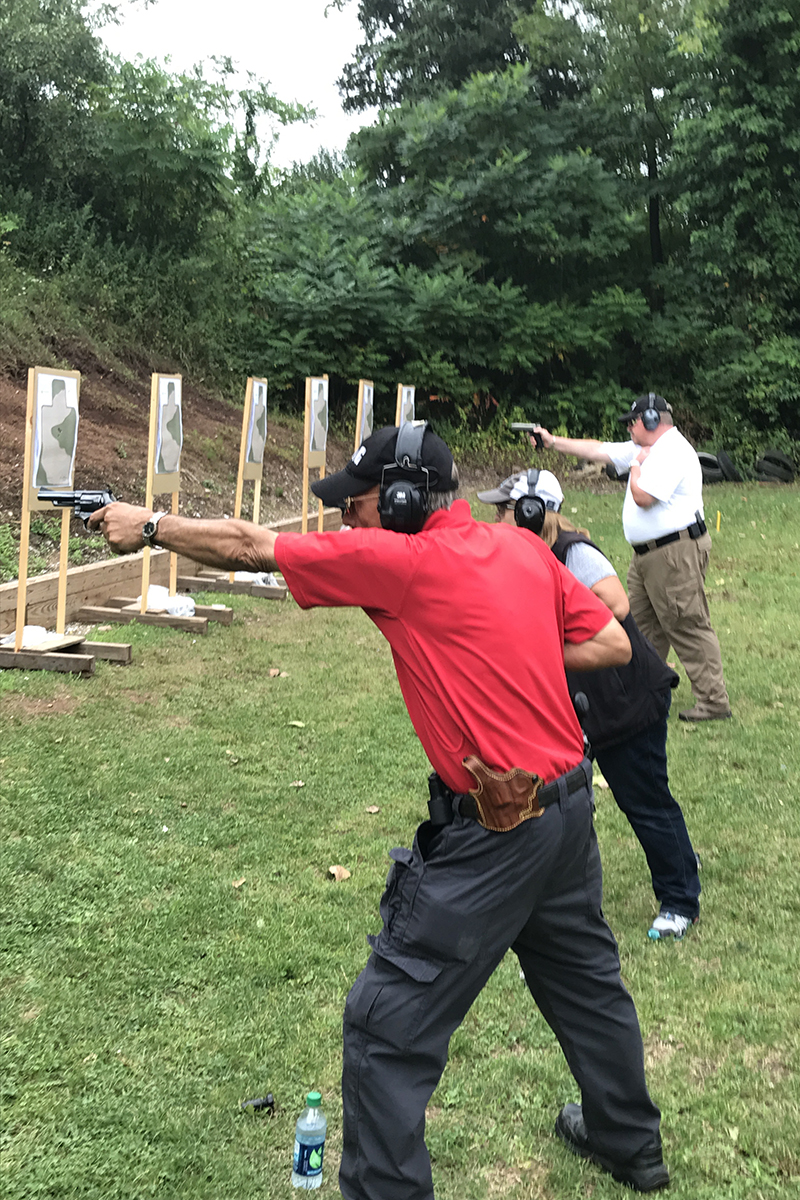 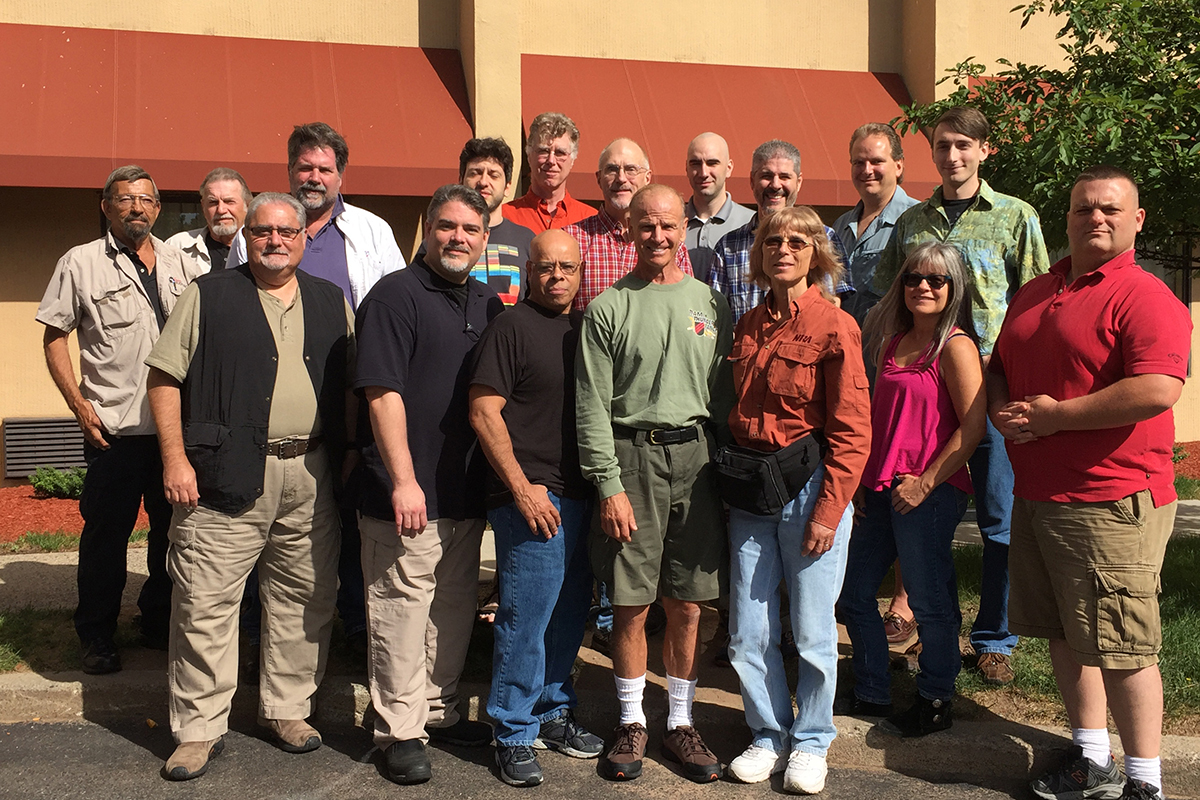