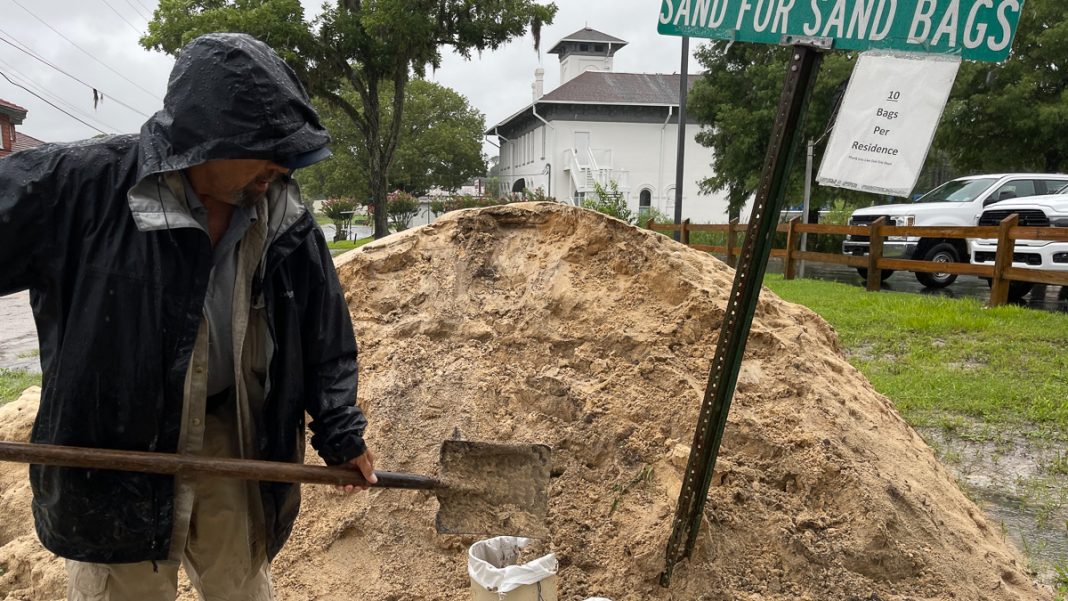 So there we were…right in the crosshairs…

And she missed us.

It would be bad luck to mock Mother Nature, I suppose, but we had been dead in Hurricane Elsa ‘s projected path.  Filling sandbags and the whole nine yards.  Turned out all we got was some heavy rain.  Not even any appreciable flooding where we were. The hurricane had slowed to “tropical storm” force.

My first impulse was to say “We dodged a bullet,” but that would be semantically incorrect.  We didn’t – couldn’t – move out of the way.  The path of the thing simply veered.

My back is unhappy with me about those sandbags, but hey: it’s about preparedness. I’m delighted that I have no damage to repair.  Should I regret having been prepared for the worst?  Of course not.  I carry a gun, but at the end of a day I don’t say to myself “Damn – no gunfight. All that preparedness was wasted because I didn’t need to fire a shot!”

Au contraire. Better to have and not need than…well, you know.

If you need it, the preparedness was obviously golden.

And if it turns out you didn’t need it after all, you still had peace of mind.

Sympathy to those who were not so fortunate with the weather.