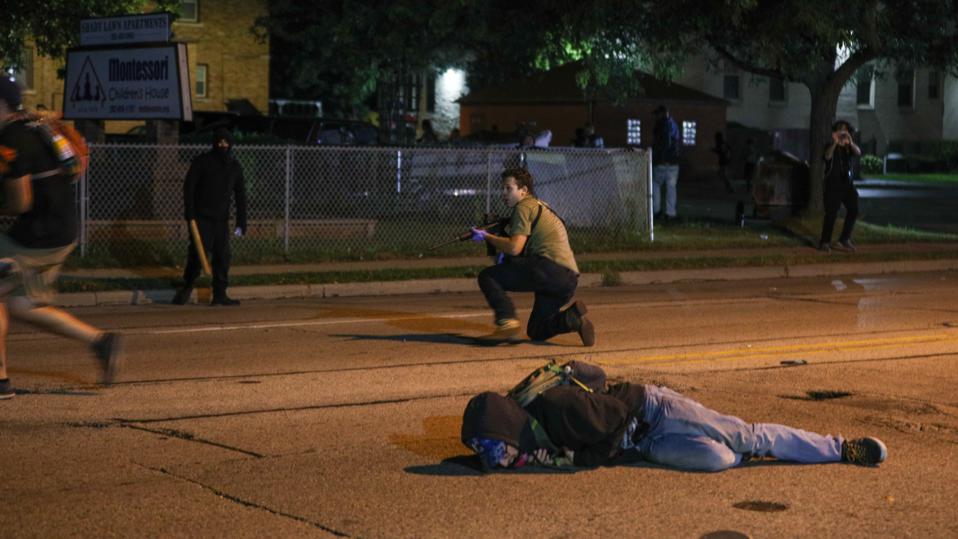 The trial of Kyle Rittenhouse begins November first, and it will be most informative to anyone who keeps or carries a firearm.  He was 17 when he shot three men, killing two, in the riot that took place in Kenosha, Wisconsin after police shot a knife-wielding man attempting to kidnap little kids in a car.  Unfortunately, the press accepted the BS story that the cop had shot an unarmed man, hence the conflagration.

Let me be clear: I am in no way involved in this case.  Nor do I usually comment on cases that have not yet been adjudicated. I am making an exception here because there has been SO much BS touted about this incident and the upcoming trial.

I hear people blaming Rittenhouse because they think he went looking for trouble.  I expect the defense team will be able to show the jury that this was a kid who wanted to be in law enforcement in the future, had already worked as a lifeguard and as a volunteer cleaning up graffiti and such, and was also trained in first aid.  In addition to the AR15 rifle (which we’ll get to momentarily), he carried life-saving rescue gear and I’m told actually applied it to injured people while in Kenosha at that fateful time.

People down him for taking a rifle illegally across state lines; my understanding is that he didn’t, and that the gun never left Wisconsin once it was shipped to a Federal Firearms License(d) gun dealer.

It is said that he was a “straw purchaser” of the gun.  My understanding is that he gave his legal-age friend in Wisconsin money to buy it for him and hold it until he turned 18 (because he feared AR15s would be banned by then) and would be legal to accept its transfer through an FFL.  If that is true, the buying of the gun by Rittenhouse’s friend with Rittenhouse’s money in hopes of a legal transfer in the future could be a solid defense to that accusation.

But before legal age he was carrying that gun illegally on streets in Wisconsin, his accusers cry. If I was on the kid’s defense team, the argument I’d use would be Doctrine of Necessity. This doctrine is also known as the Doctrine of Competing Harms or, in some other states, the Doctrine of Two Evils.  As the latter implies, it reflects a basic ethos we all learned as kids: when faced with a choice of ONLY two evils, the moral and ethical person must choose the lesser of those evils.

Kyle Rittenhouse, who had allegedly gone to Kenosha from his home in Illinois only some fifteen miles away, had done so to help the injured people he’d heard of in the news reports, to clean up graffiti, etc. during the riots.  Once he got there, things escalated through no fault of his, and he was asked to stand guard at a riot-vulnerable place of business. There was random gunfire, and literally armored vehicles patrolling the streets, like something out of an apocalypse movie. The Doctrine of Necessity holds that one should be held harmless for breaking the law in a situation where following the law could cause more harm than breaking it.  This is triggered by an exigent circumstance, an extreme emergency in the immediate here and now.  The situation Rittenhouse faced fits that description and should be a solid defense against his possession of the AR15 rifle, given to him by his friend when things escalated and gunfire started before Rittenhouse ever pulled the trigger.

And, let’s not forget, even the anti-gun New York Times published a piece admitting that the three shootings themselves were justified in the unique circumstances of each.

So, yeah, Kyle Rittenhouse in my view is defensible in every element being thrown at him, and I hope his legal counsel is wise enough to use that Doctrine of Competing Harms argument along with the other facts they have going in this case.

The comments page is open, folks: go for it.