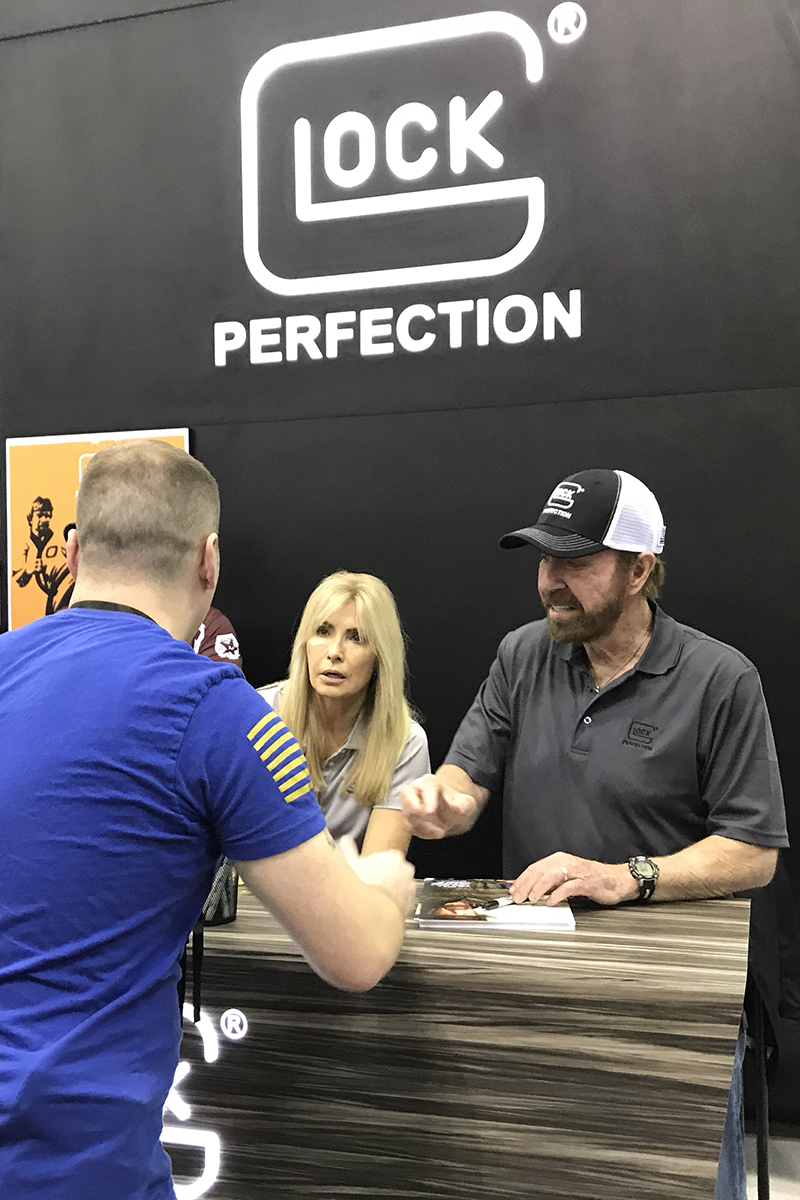 When the President is in town, extraordinary measures are taken and some roads get closed, so it took us a while to get from our hotel to the massive conference center in Indianapolis where the National Rifle Association’s Annual Meeting is being held.  The first thing the Evil Princess and I did was cast our votes for Anthony Colandro in hopes of putting him on the board of directors.  I’ve known Anthony for many years and he’s an adamant, role-breaking advocate for law-abiding armed citizens.

The President’s speech was well received by the membership. You can watch it in full, here:
https://www.youtube.com/watch?v=n85kv6H19Co .

And Chuck Norris having replaced the late Lee “the Gunny” Ermey as a spokesperson for Glock, that company’s booth is once again setting the record for longest line of autograph seekers.

And, oh yeah, there was some cool new hardware: