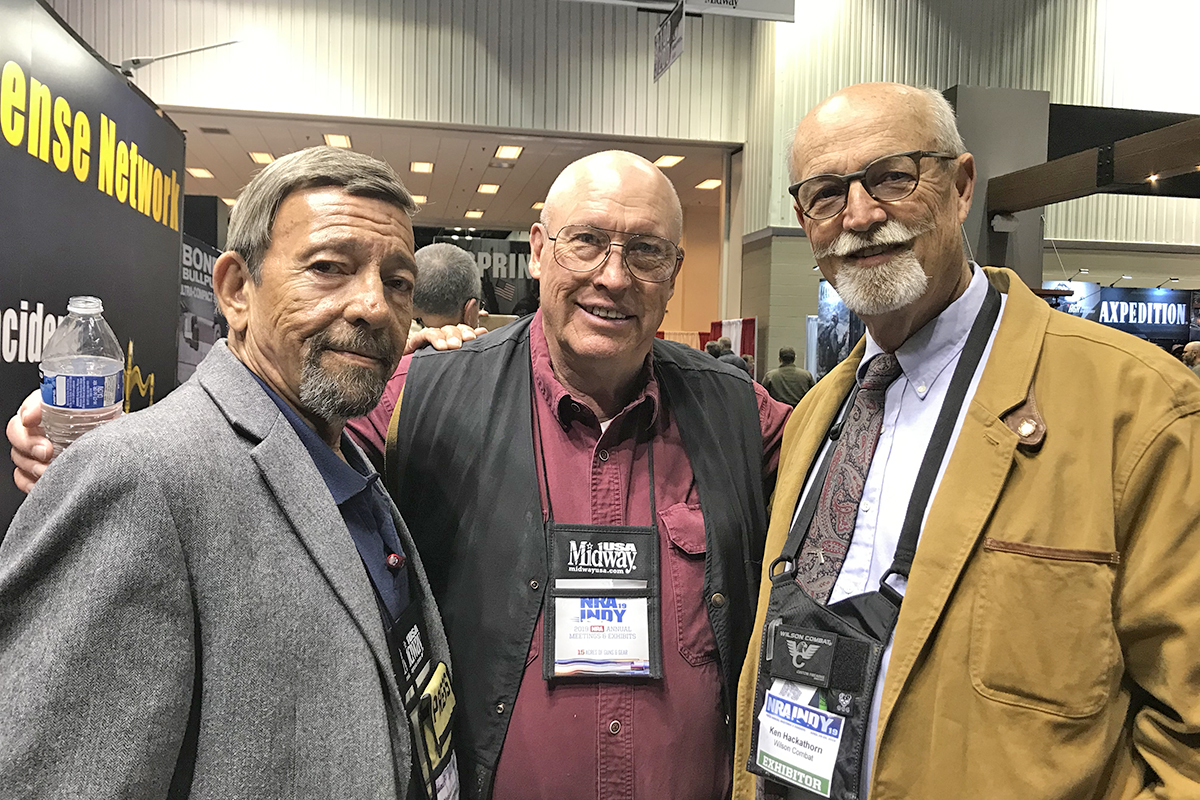 An old friend, Anthony Colandro, was voted onto the board.  He’s a stalwart defender of gun owners’ civil rights and I’m happy to see him there.

I was also happy to see a new award established, the Roy Innis Award.   The first recipient, posthumously, was Otis McDonald, the lead plaintiff in 2008’s landmark McDonald v. Chicago decision by the Supreme Court of the United States. That was the decision which confirmed that the Second Amendment did, in fact, speak to individual rights and not merely state militias.  Roy Innis was the storied leader of CORE, the Congress of Racial Equality, and was as much a hero of gun owners civil rights as he was of civil rights for African-Americans.  I had the honor of knowing both Roy and Otis, and am delighted to see both of these champions so recognized.

Got to spend some time with old friends from the firearms training world, too.

And NRAAM 2019 has one more day to go, followed by what will undoubtedly be an epic meeting of the board of directors this coming Monday.