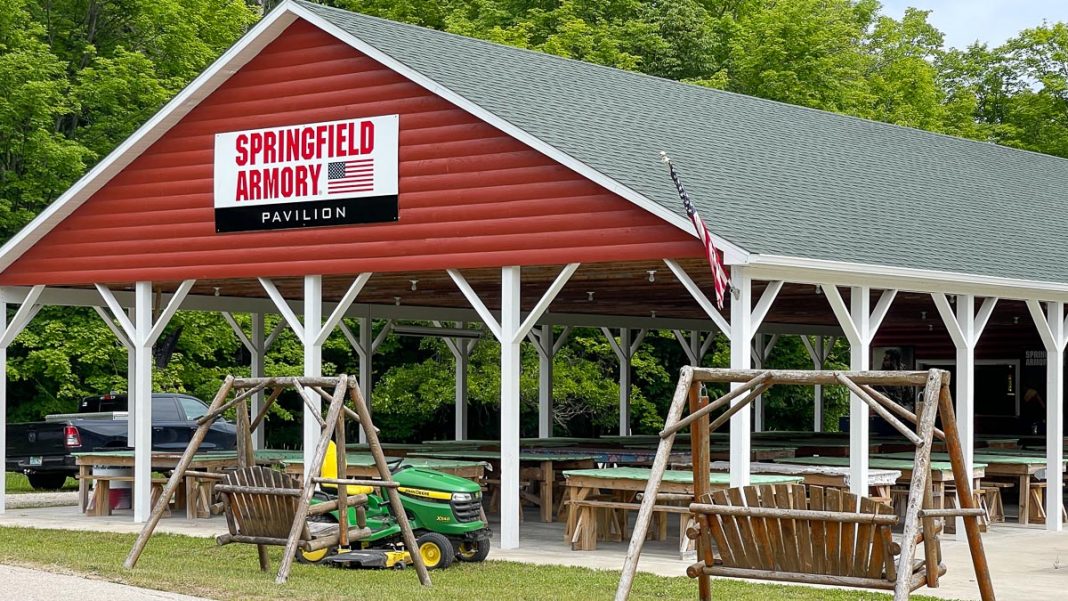 …the second week in June, my lovely bride and I will attend our favorite match, The Pin Shoot. Back when this “shoot the bowling pins” event was known as The Second Chance Shoot, I attended every one from the mid-1970s to when it ended in 1998.  Richard Davis, the founder, and his son Matt resurrected it as The Pin Shoot in 2017, and Gail and I have competed there each year from then on.  One of those years, it constituted our honeymoon.

Why do we go? Because, dammit, it’s fun!

Don’t take my word for it.

While researching for another article on the topic elsewhere, I talked to three of the great champions of this sport.  I asked each of them where this event was on the Fun of Shooting Scale.

The legendary Jerry Miculek was one: go to YouTube, put his name into the search function there, and marvel at this man’s nearly superhuman shooting skills. Second Chance was where he first shot his way to fame. If I recall, he still holds the current all-time record there. He says, “It was a unique adventure! You could shoot for eight or nine days at one time.”

Bill Wilson is famous today for the fine firearms built by his company, Wilson Combat, and you can meet him on his own YouTube channel, where he demonstrates his considerable shooting skills sometimes. Bill, too, made his competition bones at the early version of The Pin Shoot, winning overall multiple times and always placing high. He went on to shoot with the US National Team at the World Championships of the International Practical Shooting Confederation, and founded the concealed carry sport, the International Defensive Pistol Association. Bill told me, “This match was always Number One for fun factor. Back then I shot every damn event there was: Bianchi Cup, IPSC, Steel Challenge, Soldier of Fortune, but Richard Davis’ match was the most fun!”

Jerry Barnhart won so many National and World Championships in practical shooting that he has to pause to remember the count. He won the old Second Chance Pin Shoot multiple times, and was always at the winners’ prize table from his first such event in 1984 to his last one in 1998.  He reminisces fondly, “I would say Richard’s match was probably the most fun on the social side. There’s always a lot of camaraderie. I talked with my fellow competitors more there than anywhere else. Richard is a caring people person. We were his guests. He made the event fun.”

There you have it.  Info is available at www.pinshoot.com: rifle, shotgun, pistol and revolver events, individual and team, you name it.  Springfield Armory’s sponsorship of the event has fattened the gun prize table considerably. It takes place in a pleasant, family-oriented vacationland in rural/small town Michigan and the weather is generally beautiful.

We hope to see you there.