For the last month, I’ve been blogging about the heart-breaking atrocity at the high school in Florida, and the misguided assault on gun owners’ civil rights which followed it.  I thought I might escape that grimness at the Rangemaster Tactical Conference in Little Rock, Arkansas. No such luck.

Today was the first of the three days of this prestigious seminar.  All of us, of course, were discussing the incident and its misplaced aftershocks.  My day began taking a long-range pistol class taught by my colleague Marty Hayes and his assistant, Belle McCormack from the Firearms Academy of Seattle.  In their introduction to the class, they pointed out that the interdiction of a mass murderer might require distance shooting even if the rescuer only had a pistol. The shooting curriculum put pressure on all of us pulling the triggers to get precision hits under stress.

I also took a class on training to the gun owner’s specific needs from Jack Feldman, Ph.D, and Martin Topper, a well-known psychologist who moonlights as a gun magazine writer.  For anyone buying into the anti-gun meme that “no one needs a defensive firearm that can hold more than ten cartridges,” both pointed out the fact that home invasions these days tend to involve multiple perpetrators, who are sometimes wearing body armor. (One of the other attendees told me of a case in his bailiwick that involved eight armed home intruders.)  Being the actors who initiate the assault, the home invaders can be expected to make their violent entry with multiple guns per offender and all the ammo they wish to carry.  The reactor, the home defender, by contrast is likely to have only the number of rounds in the gun he or she barely had time to get to.  Do the math…

As grim as the topics at TacCon are, there is some sport to it. Host Tom Givens includes a combat handgun competition called The Polite Society Match. The name derives from a Robert Heinlein quote popularized by Col. Jeff Cooper, USMC Retired: “An armed society is a polite society.”

TacCon draws some serious shooters.  To preserve suspense, the hosts don’t post the scores as soon as they are recorded, but I can tell you a couple of things. First, the Evil Princess, who has twice been high woman at this event in the past shooting against some of the top females in the country and beating most of the men, is only two points down from perfect. Second, the quality of shooting here is so high that just after the first day, several perfect scores on the fixed-time speed shooting event have been recorded.  Good news (for me, anyway), I’m one of them.  Bad news: the competing field includes world-class champion shooters like Gabe White and Ernest Langdon.  In the shootoff for the title, my chances are about like a snowball in hell…but at least I’ll go down shooting. We’ll know the results Sunday night, but I won’t have time to blog on it for a few days because on Sunday I have to race to the Little Rock airport so I can get to St. Louis on time to chair the Panel Of Experts on Deadly Force and Firearms Training for the International Law Enforcement Educators and Trainers seminar.

Oh, and one more thing: one trainer scheduled to teach at TacCon couldn’t make it. He is a veteran street cop, and a master instructor in both the gun and hand to hand combat.  Scuttlebutt is, his department had an officer-involved shooting and even though he apparently wasn’t the cop who pulled the trigger, his name came into it.  The trolls – haters of cops, haters of armed citizens, haters of those with the courage to defend themselves – got hold of his home address and the address of the gym he owns as a sideline, and published it.  Death threats to him, his family, and his students have reportedly resulted.  Understandably, he is staying home in a protective role.

I know this man. A note to the trolls stalking him and those within the mantle of his protection: if you actually are stupid enough to send your punk puppets after him and them … send the ones you don’t need back.

In the current climate, the hatred of the weak toward the strong seems to grow day by day. 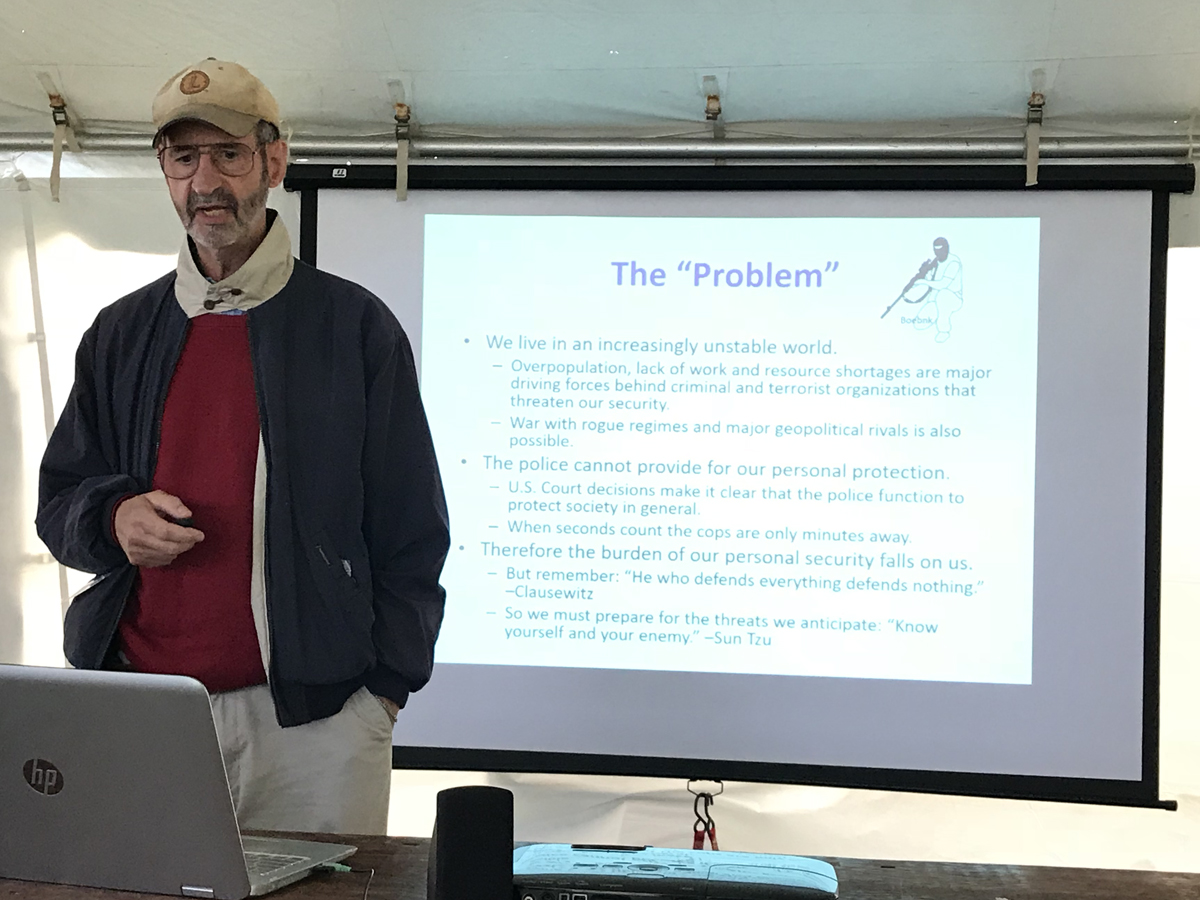 …and retired psychology professor Jack Feldman discuss how to tailor priorities of practice and training to the individual’s lifestyle. 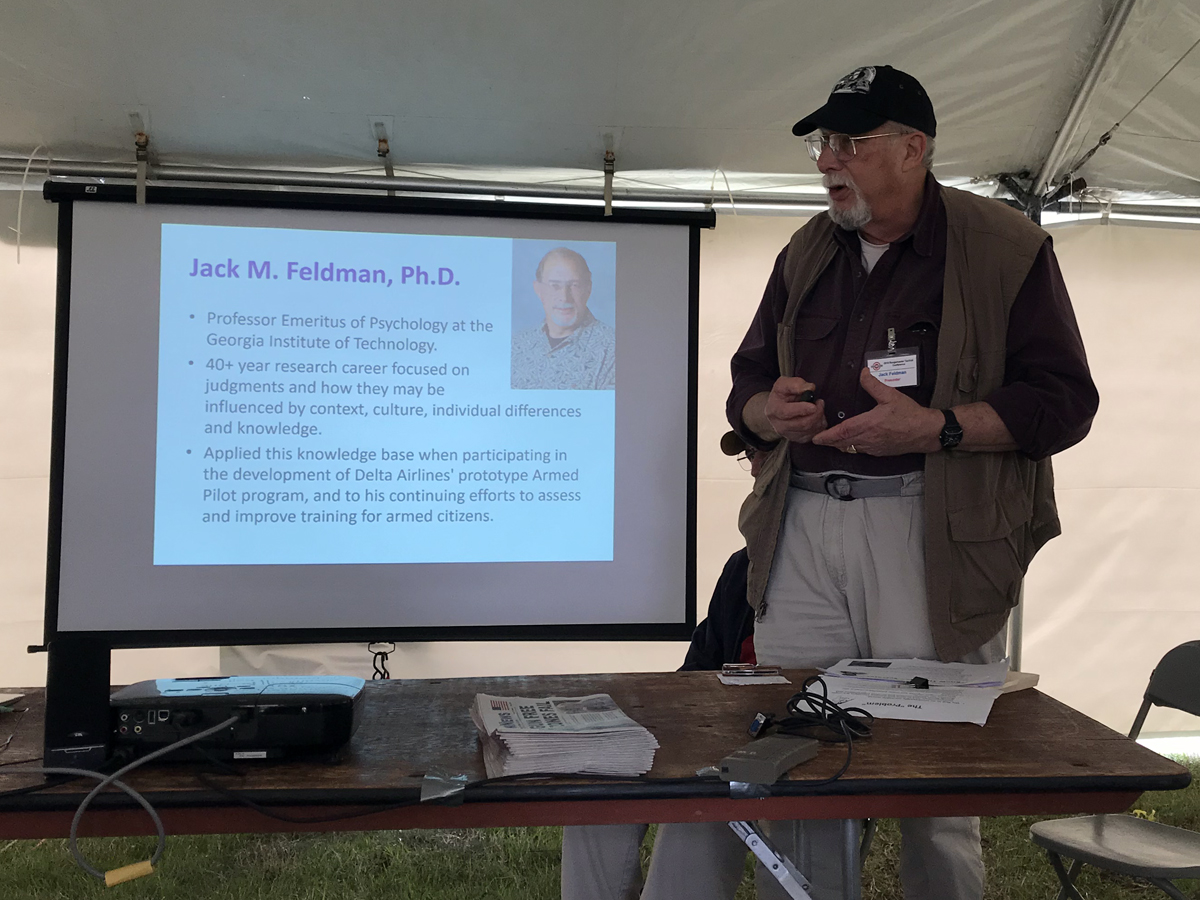 The firing line takes a look at their distant steel targets on the FAS long range pistol course. 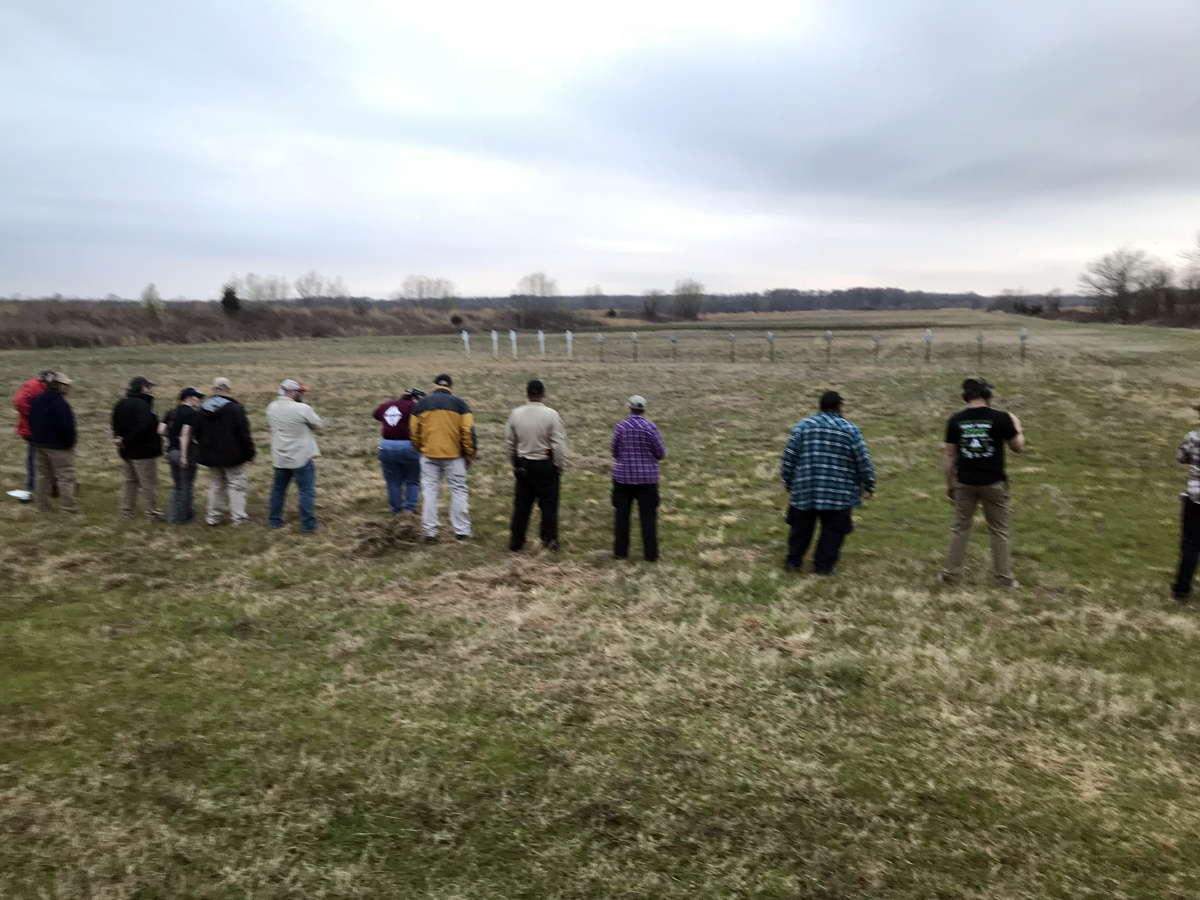 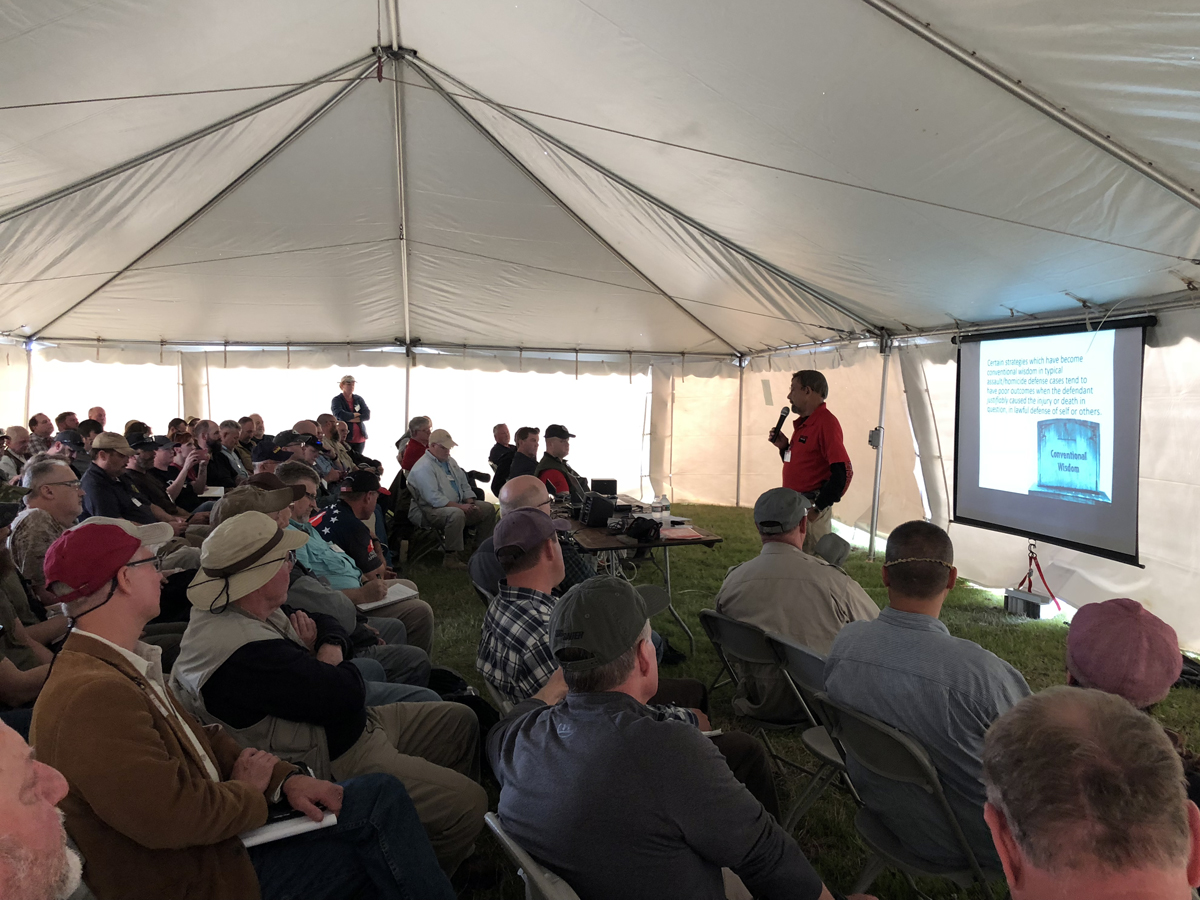