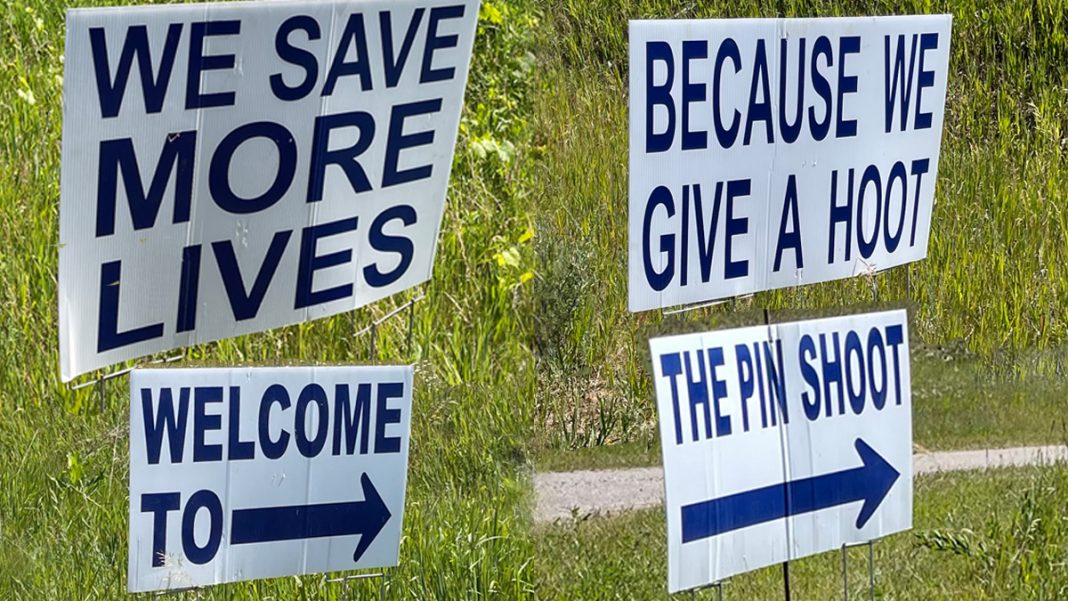 The Pin Shoot, my favorite match of the year, ended yesterday after a week of perfect weather. At any given time, the line of 27 three-tiered pin tables was well occupied. With three tables at each of the nine shooting stations, one might find nine shooters running individual events, or the same number of three-person teams blazing away with shotguns and pistols.  I won’t even try to estimate how many thousands of rounds were fired.

The last day, the awards ceremony was delayed somewhat, and I had to leave before the awards to get to my destination for today’s class.  When I get the results I’ll publish them here, because those stats will allow for some interesting gun-to-gun performance comparisons.

For now, here’s a glimpse of some of the action.