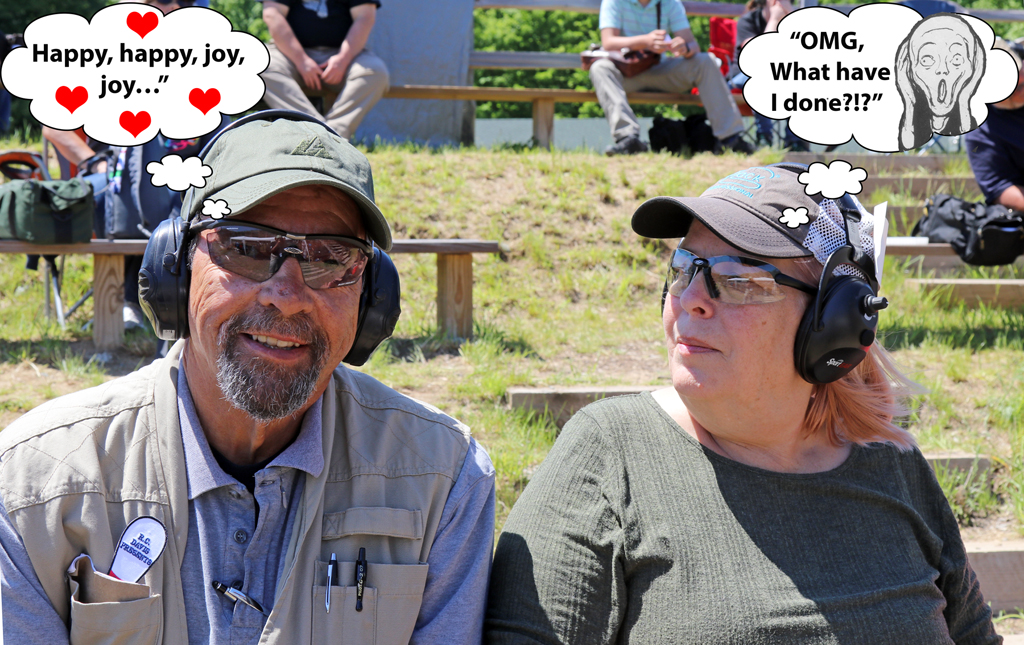 Pin Shoot 2019 is now in the firearms history books. You can see the scores here: http://www.pinshoot.com/results-2019/ .  To correlate, go to http://www.pinshoot.com/events/ for a detailed explanation of each of the many events in which you can compete. As you go down the list of the scores, you’ll see some of the 150 or so registered shooters competed in all of ‘em.

In the past, I’ve described this iconic match in various gun magazines as “the national championships of plinking” and “a carnival midway of shooting games, using live ammo and winning guns instead of teddy bears if you score high enough.”  The competition is fierce, and fun, and in the optional side events (but not the core five-pin matches!) you can buy another entry and try again.

Kinda like Las Vegas, but more skill than luck, and it’ll probably cost you less and you’ll almost certainly make more new friends.  Also a bit like Vegas, the stakes you lay down for your entry fees should be considered “high octane entertainment expense,” not “investment.”

The Pin Shoot, and the Second Chance Combat Match as it was known in the old days, is very much a family event.  That’s evident in the scores.  The Blough family absolutely kicked butt. Jeff Chudwin and his wife Kimberly Heath-Chudwin remain the power couple of rifle shooting, each having been individual winners of the National Patrol Rifle Championship with their AR15s.  The Christiansen brothers remain tough to beat, jointly or singly. Multiple branches of the Hauserman family are perennial top contenders.  Ditto the father/daughter team of Felipe and Sara Campos, and the husband/wife team of Sam and Bonnie Young.  Of course, lots of folks “come stag,” shoot well, and have a ball.

Hit the “previous” tab on this blog, and in the last two entries here you’ll see the faces of several who made it into the winner’s circle. The blog archives from June of 2018 and 2017 will give more insight into this, my all-time favorite shooting event.

On my end, the best I could do was third place in Concealed Carry Five-Pin, shooting a Smith & Wesson M&P Shield .45 with Federal HST 230 grain +P jacketed hollow points:

June 20, 2019 marks the one year anniversary of my marriage to the Evil Princess. Last year, the Pin Shoot was our “pre-honeymoon,” and this year it was our “pre-anniversary.”  As we were in the bleachers watching other shooters, our long time friend Kate Krueger snapped this photo, which may reveal how each of us feel about being married to each other…