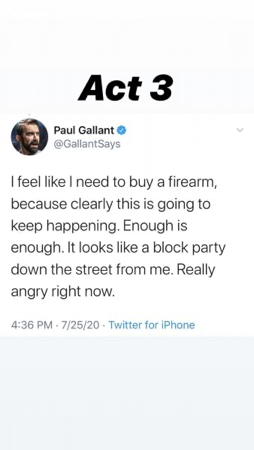 Launching powerful fireworks at police? It’s the equivalent of IEDs, literally improvised explosive devices. They can kill and maim.  In at least one reported case, an actual bomb was thrown.  Congratulations, Antifa: you are now officially the “bomb-throwing anarchists” our great-grandparents warned us about.

In Portland, “activists” have blinded law enforcement officers with illegal high-powered lasers that can destroy retinas.  That’s lethal force, and by any reasonable standard warrants a lethal force response.  It’s only a matter of time before one of these lunatics points a laser at a lawman’s eyes, and gets a bullet between his own in response.

Obviously, there are people on the rioting side who want exactly that to happen.

Some hope for a replay of Kent State, with some of the well-intentioned protesters they’re manipulating and hiding amongst going down in puddles of blood.  Martyrdom to fuel their cause.

And some apparently hope for more of a Boston Massacre, a spark they think will set off the revolution they’re pushing toward.

America needs to listen to voices of reason.  Here’s the superintendent of the Chicago Police Department speaking on recent events, confirmed on irrefutable video:

And here’s a Portland patrol officer offering a view from the streets in the center of the storm:

Each of the above runs about half an hour, and is very much worth your time if you want genuine perspective on these issues.

For those who don’t have time, here’s a “woke” Seattle commentator who has REALLY started to wake up: