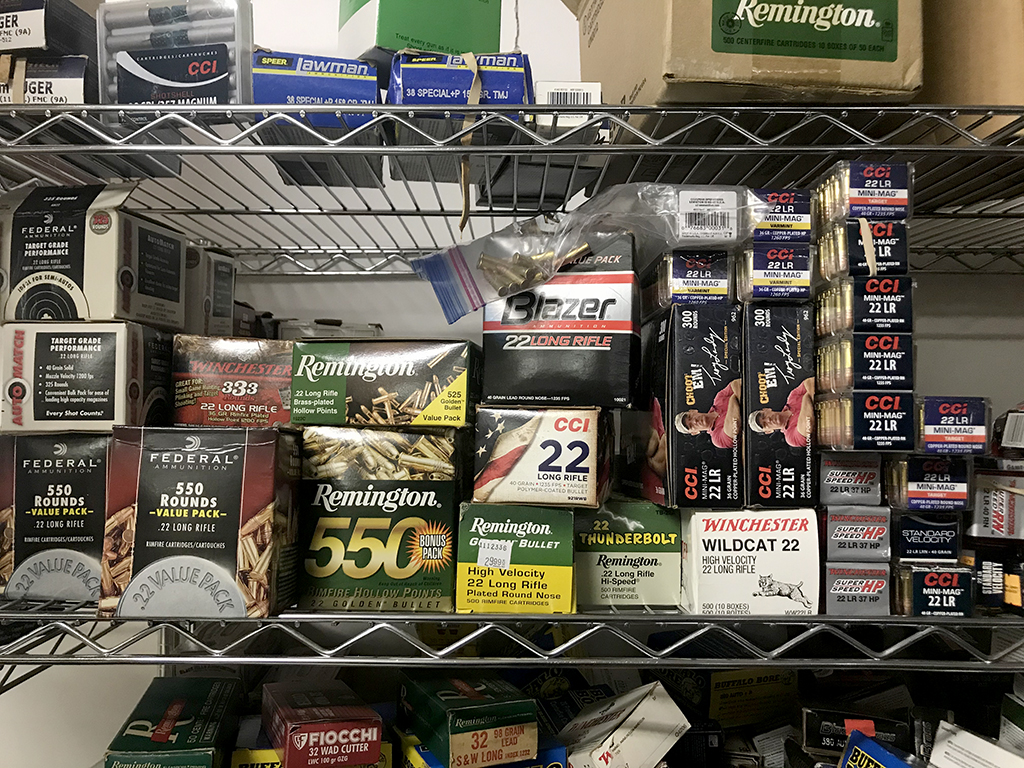 One reason I tell folks to stock up on ammo is the history of ammunition droughts – and accompanying steep increases in prices – in just the last 20 years.

2000: Remember Y2K?  The experts were telling us that we were going to be sent back to the Stone Age because the computers were going to die when the clocked ticked into the first minute of the Year Two Thousand.  Ammo – and bottled water – became scarce.

2008: The election of Barack Obama. I remember $20 bricks of .22 Long Rifle ammo selling for $100 bucks, and scalpers waiting in line in the early morning hours at WalMart (which at least didn’t jack up the price) hoping for an ammo delivery.

2012: The re-election of President Obama, and the run on guns triggered by screams for gun confiscation after the Sandy Hook atrocity.

2016: The impending election of Hillary Clinton, who had promised to be the strictest “gun control” President evah! (The day after she lost, I understood how the British must have felt when they received word that the storm had sunk the oncoming Spanish Armada.)

And now, 2020: First, a pandemic in which the media warned us that the cops would be out sick and we’d be on our own. Then, the George Floyd riots in which some parts of some cities WERE on their own because the cops were so busy.

I’ve had to provide home and personal defense ammunition to friends because they didn’t have enough and fortunately, I was able to help.

Though I was sad that the pandemic shut down many training courses I wanted to take myself, and many matches I wanted to compete in, the one silver lining in that dark cloud was that I saved thousands of rounds of ammo that I wouldn’t have been able to readily replace under current circumstances.

Last September when WalMart buckled to political correctness and stopped stocking handgun ammo (and .223 and similar rifle rounds), I got the word late and only caught some of the dregs of their then-current, deeply discounted stock.  Wish I’d gotten that notification sooner than I did.

I don’t expect ammunition to return to 2019 pricing and availability any time soon. But when it does become available, I’ll stock up even more than in the past.

It’s part of the whole self-reliance concept: “When you can get it cheap, stack it deep.” It applies to ammo as much as it does to toilet paper.