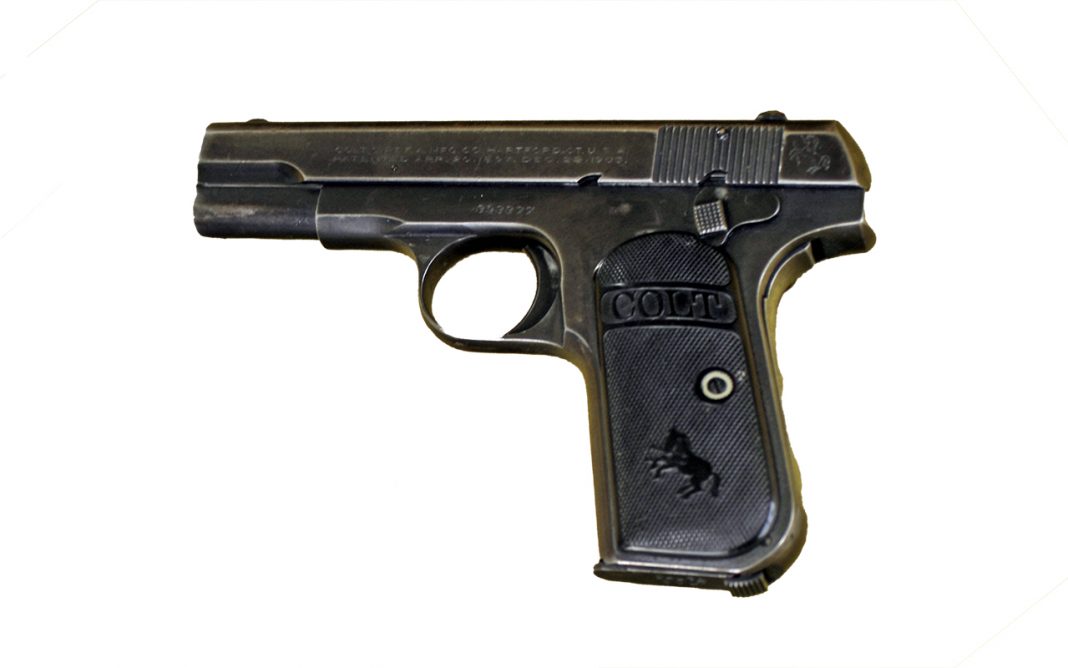 It was he who instilled an appreciation of firearms and the responsibility they embody in me, his only son.  .22 rifle at age 4, handguns at 9, and carrying a loaded pistol when I started working part time in his jewelry store at age 12.

I inherited his guns, and have them all still.  He preferred Colts and Winchesters, but owned a couple of double barrels of other brands.  He carried daily: in his younger days, long before I was born, a .38 revolver had saved his life. I also inherited his love for the outdoors, and his habit of carrying a gun or at least always having one within reach for emergencies.

One of those heirlooms reaches still farther back: a 1903 Pocket Model Colt .32 semiautomatic. It was his father’s before him.  My grandfather, who passed just before I was born, used it to shoot an armed robber.  Later on, my dad used it to chase away a burglar.  It was the first autoloading pistol I ever fired.  My younger daughter has fired it too:  four generations of our family have sent bullets downrange with it.

Things like this are touchstones of our memories.  Feel free to share here your experiences with inherited guns. Happy birthday, Dad.