As I write this, the last day of The Pin Shoot dawns. It has been a reunion for a lot of us shooters, many of whom haven’t seen each other in almost 20 years after two dozen years of shooting pins every year here in Central Lake, Michigan. We respectfully and wistfully discuss our fellow shooters who have passed in the interim, and get caught up after the long hiatus.

In the previous blog entry here, James Pritchett commented, “…any practice is good practice. Seems I remember a young, early teens maybe, giving everyone a severe whipping in clearing the table.” Brother Pritchett has a good memory. That would be Johnny Robbins, circa 1977 and thirteen years old at the time, who smoked us all with a 3.9 second run to react to the start signal, come up with a .45, and blow five pins a yard back off the table 25 feet away, the time being stopped when the last pin hit the ground.

Time has passed. John is retired now! He was there at the shoot, and shot some damn fine runs. As a boy batching it with a great single dad, they shot the “pro tour circuit” of the time together. We lost Jack Robbins, Sr. altogether too soon to cancer, but I like to think that somewhere, Jack Robbins is smiling this week.

It all wraps up tonight at an awards ceremony. It is good to see this iconic event back in business. Met some Backwoods Home readers there this year, and hope to see more in 2018.

With Rosanna and Randy Ray. Randy is an old-time pin shooter and a regular here at the blog. 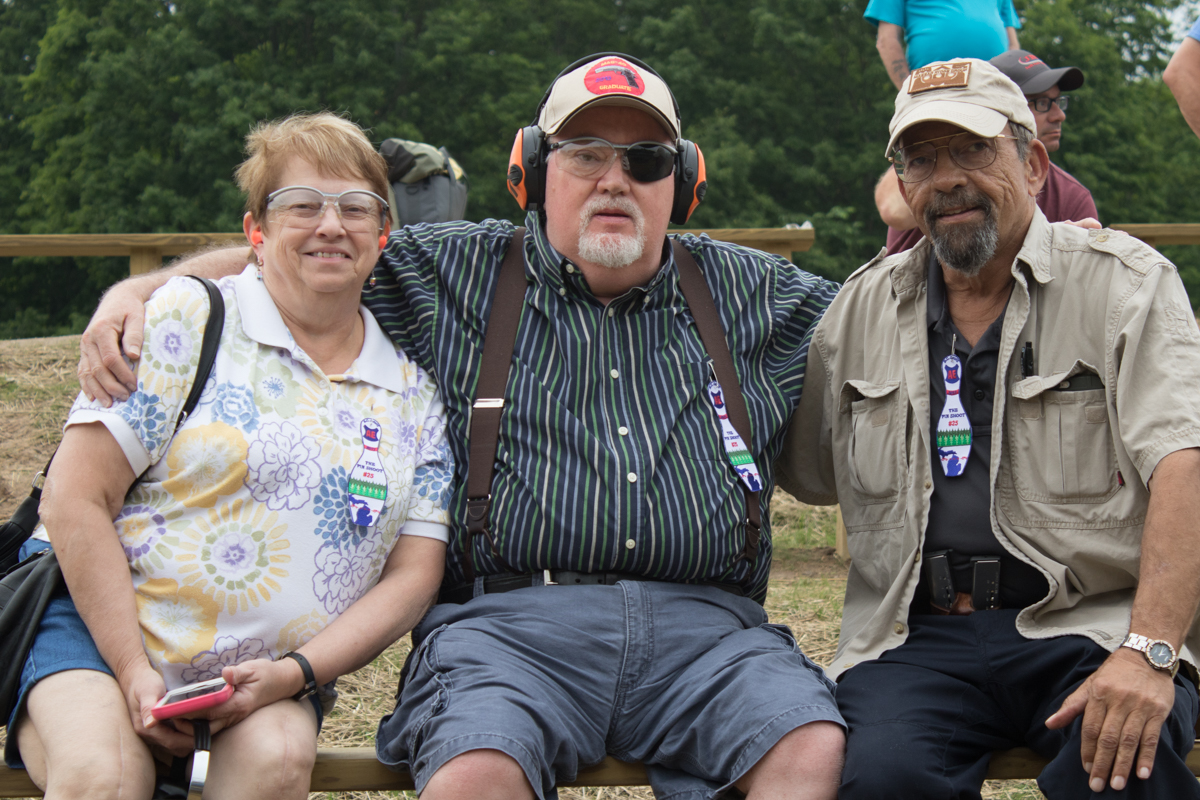 Forty years later, now retired, John Robbins shows the form he used to win the match overall when he was thirteen. 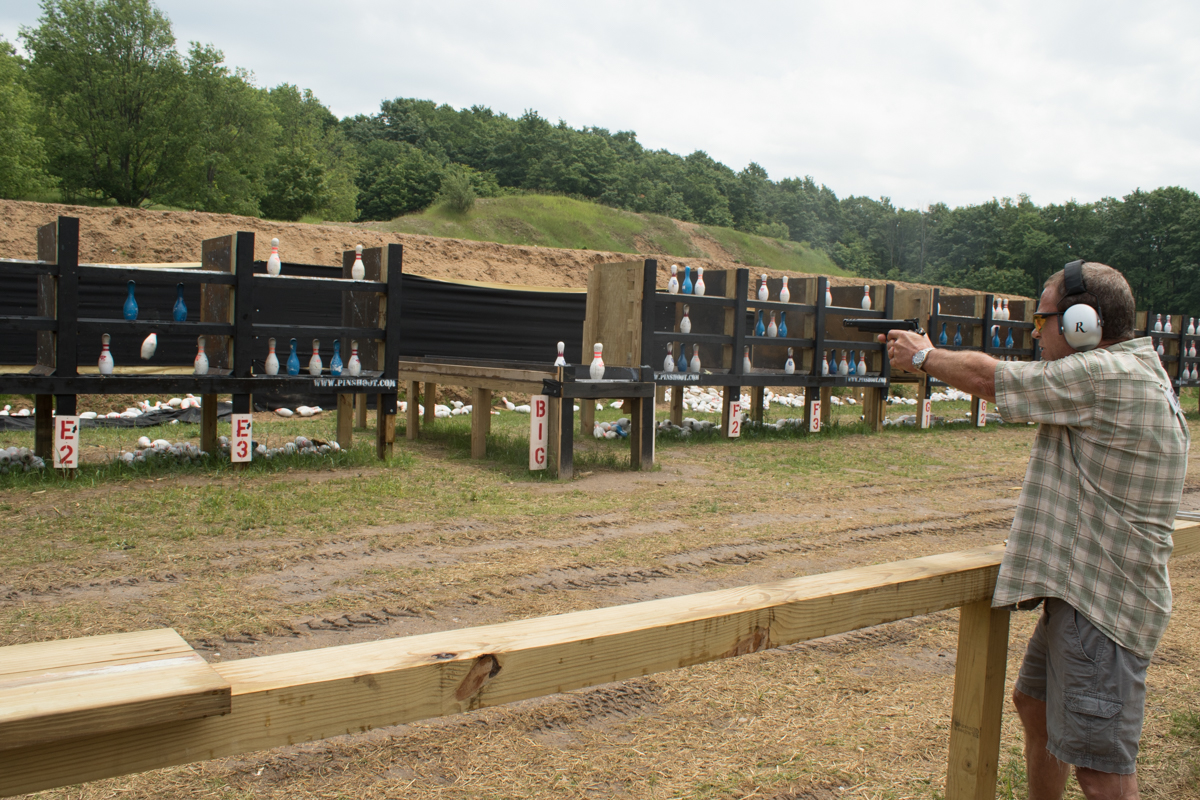 Denny Reichard manages the recoil of S&W .500 Magnum as he blows the last of 3 pins 14.5 feet backward in new event, The Big Push. He is in second place by a tenth of a second at this writing. 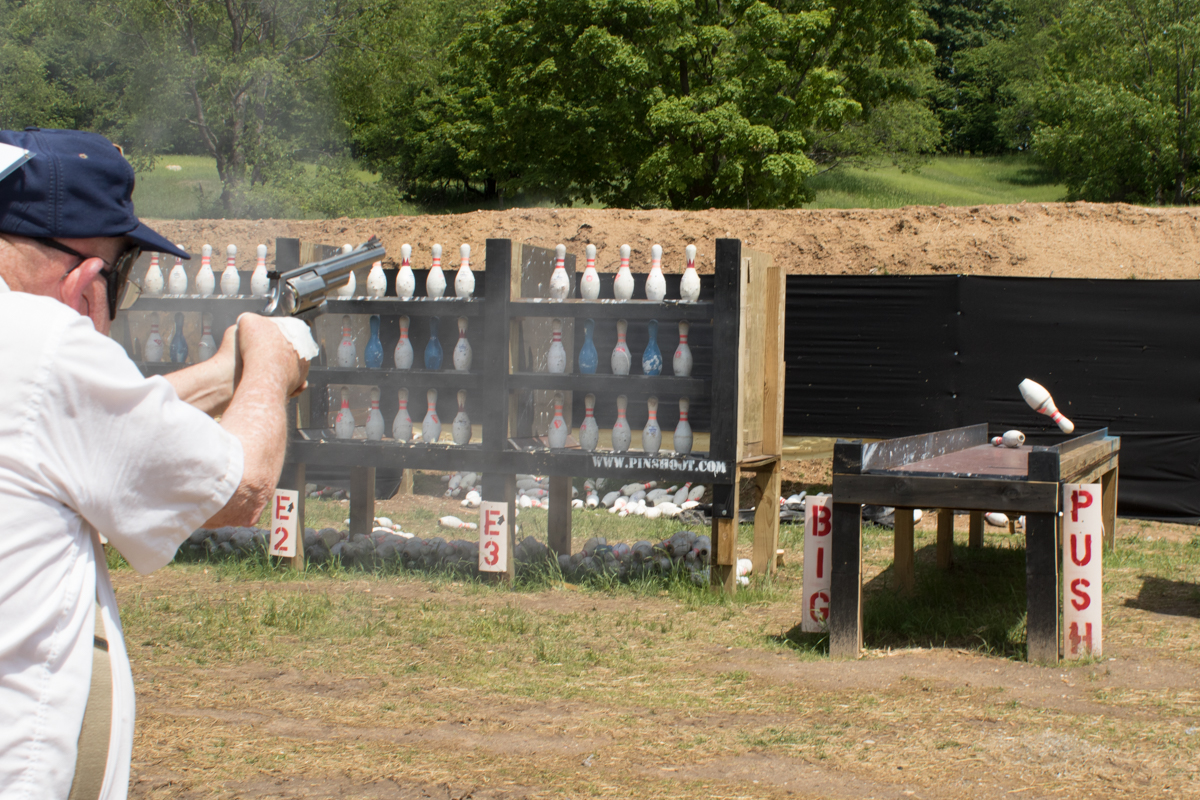 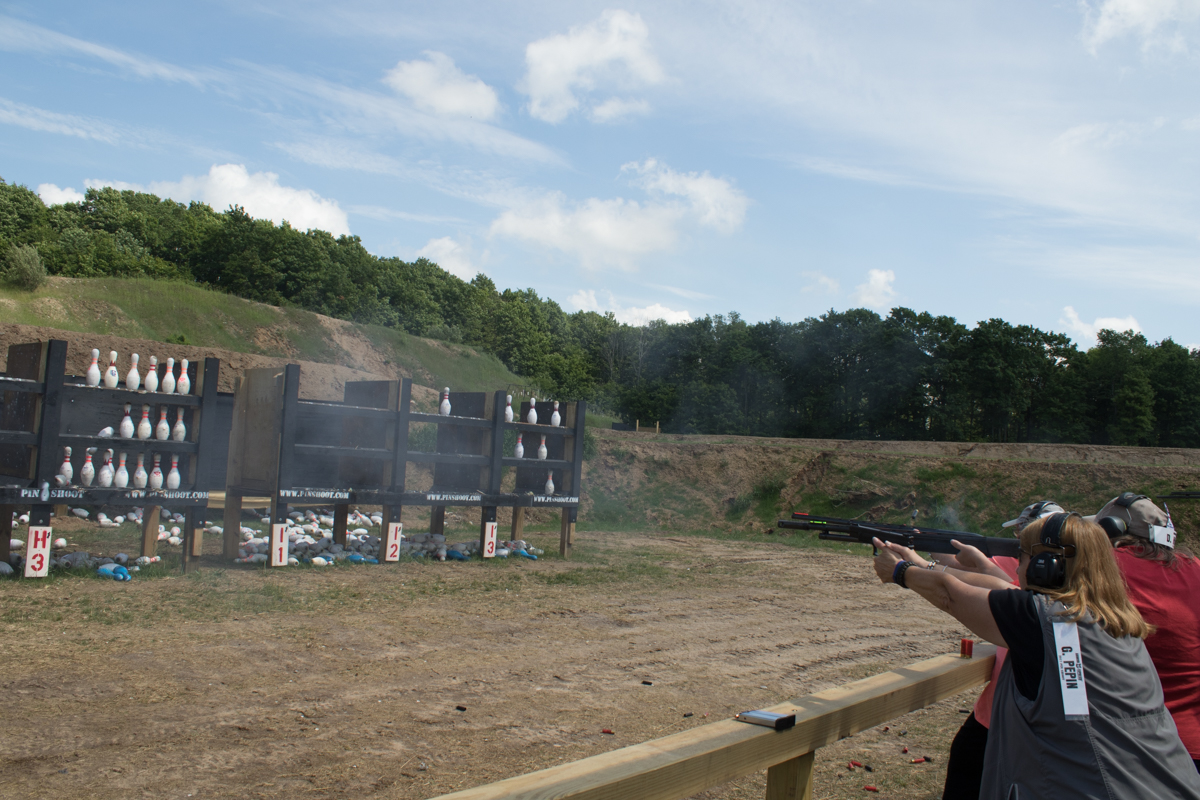