The National Shooting Sports Foundation’s annual Shooting, Hunting, and Outdoor Trade Show begins officially this coming Tuesday. The SHOT show is the largest thing of its kind in the firearms industry.  It’s the single biggest locus for new product introductions.

Today was the pre-SHOT SIG Day, sponsored by SIG-SAUER, at the wonderful Clark County shooting complex.  No shotguns (not SIG’s thing), but many a cool rifle and pistol.

New on the pistol side will be the iconic SIG P210 target pistol, often called the Rolex of handguns, now manufactured in New Hampshire at a greatly reduced price point. The one I fired was a joy to shoot, with a practically telekinetic trigger.  There’s a very sweet “Kyle Lamb Special” 9mm 1911, and a new X5 P320, essentially a souped-up version of their very popular polymer frame/striker fired pistol.

Among the rifles, my favorite was a suppressed .300 Blackout on SIG’s AR platform.  Recoil and sound signature were both remarkably mild.

A co-sponsor was the Walker company. The Evil Princess and I shot with their new Razor XV BT active hearing protection. You can carry on a conversation behind the firing line with them plugged into your ears, and loud sounds are reduced rather than the disorienting sound cut-out we hear with some of the cheaper active ear pro.  The BT stands for the fact that you can hook up with Bluetooth through them at the same time.  Batteries are good for three to four hours. We found them very comfortable, and the Evil Princess was absolutely hooked on them.  She was listening to podcasts through them while we stood in line awaiting our turn to shoot.  They are plugs secured by a connector that can be worn around the neck whether the plugs are in your ears or not – extremely comfortable!  I tried them under regular active muffs (some of us like to double up around the really loud stuff) and I found them comfortable and functional when used that way, as well.

Stay tuned for more…and bear in mind that there’s so much to see at SHOT, any reviewer can only hope to cover the tip of the iceberg. 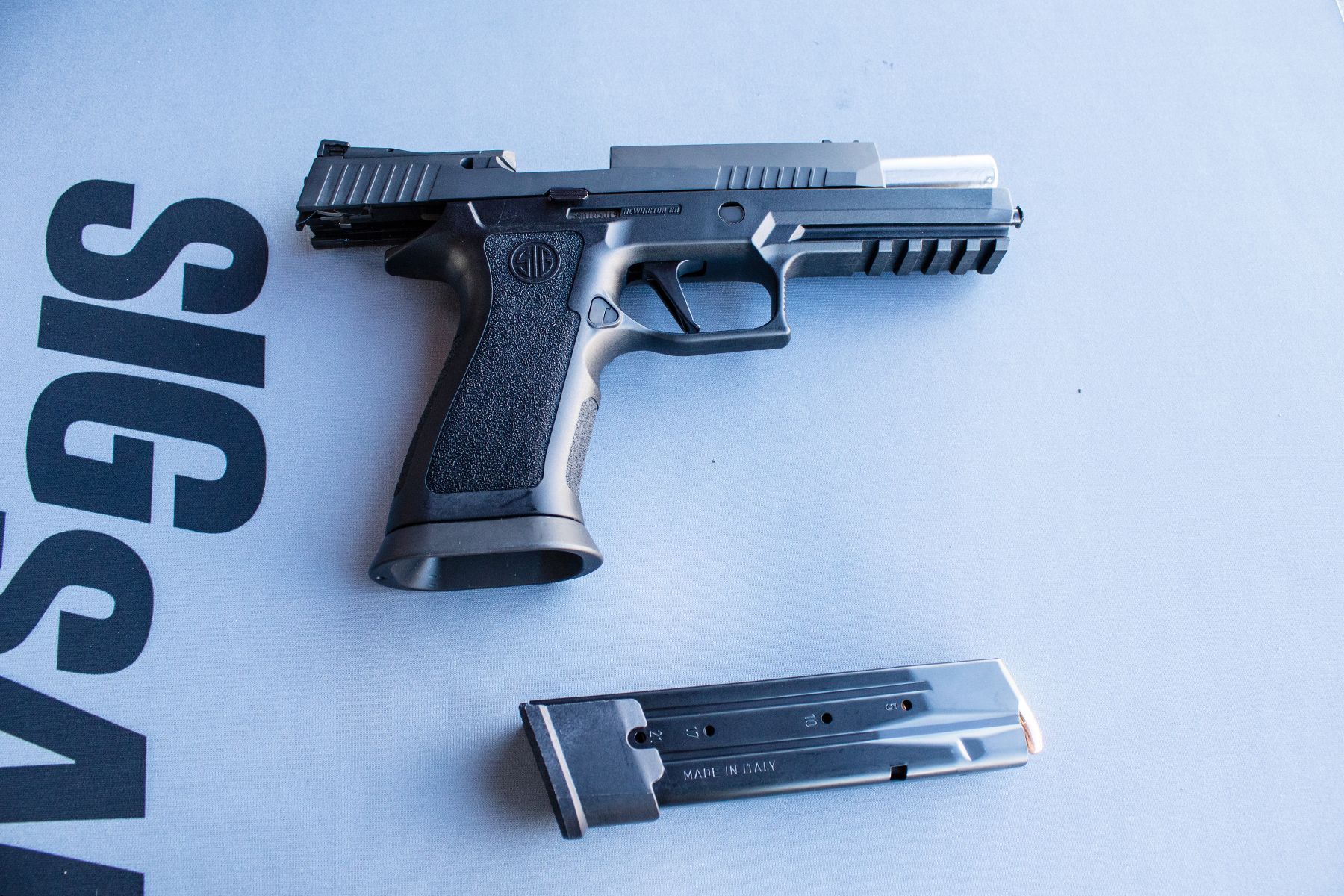 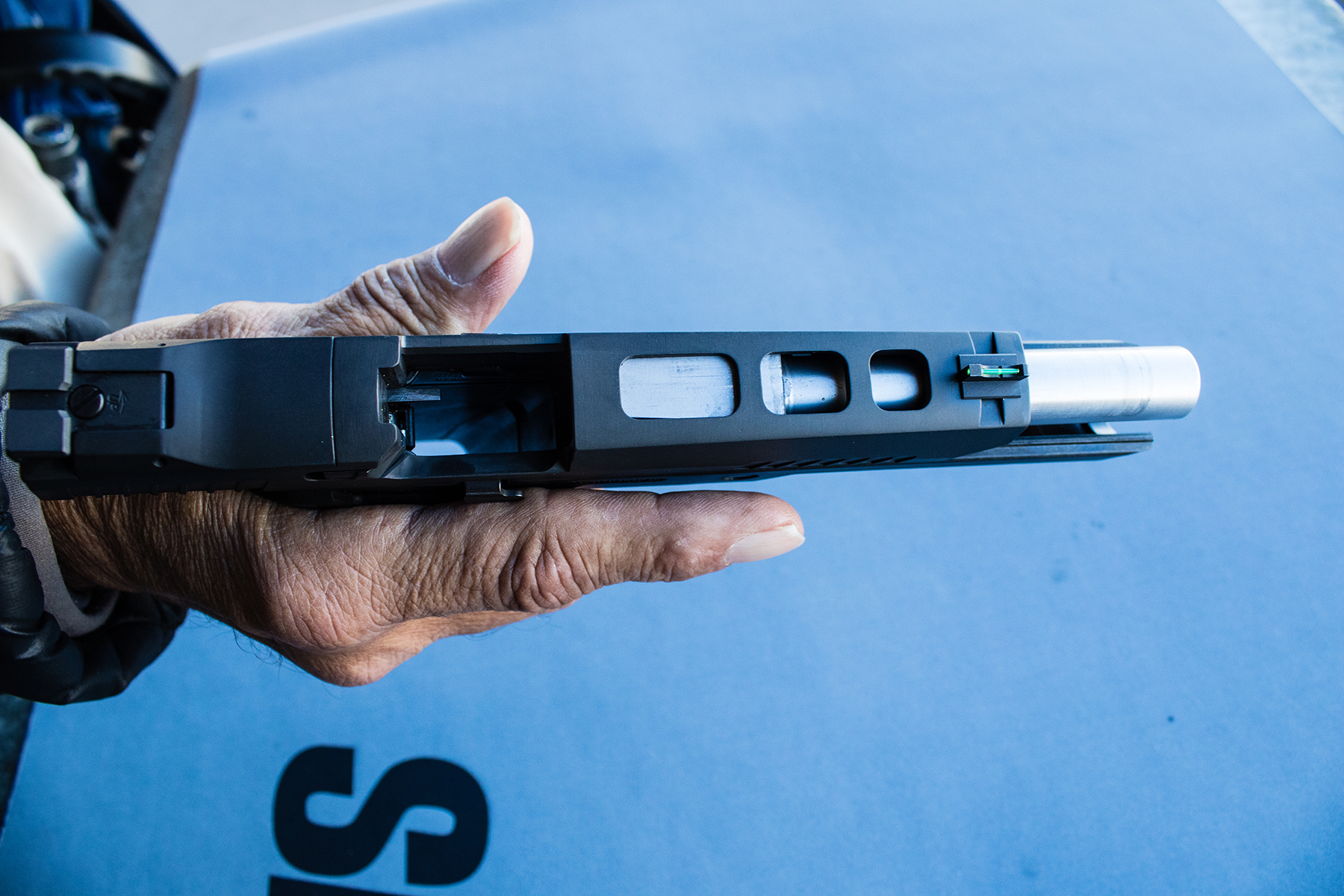 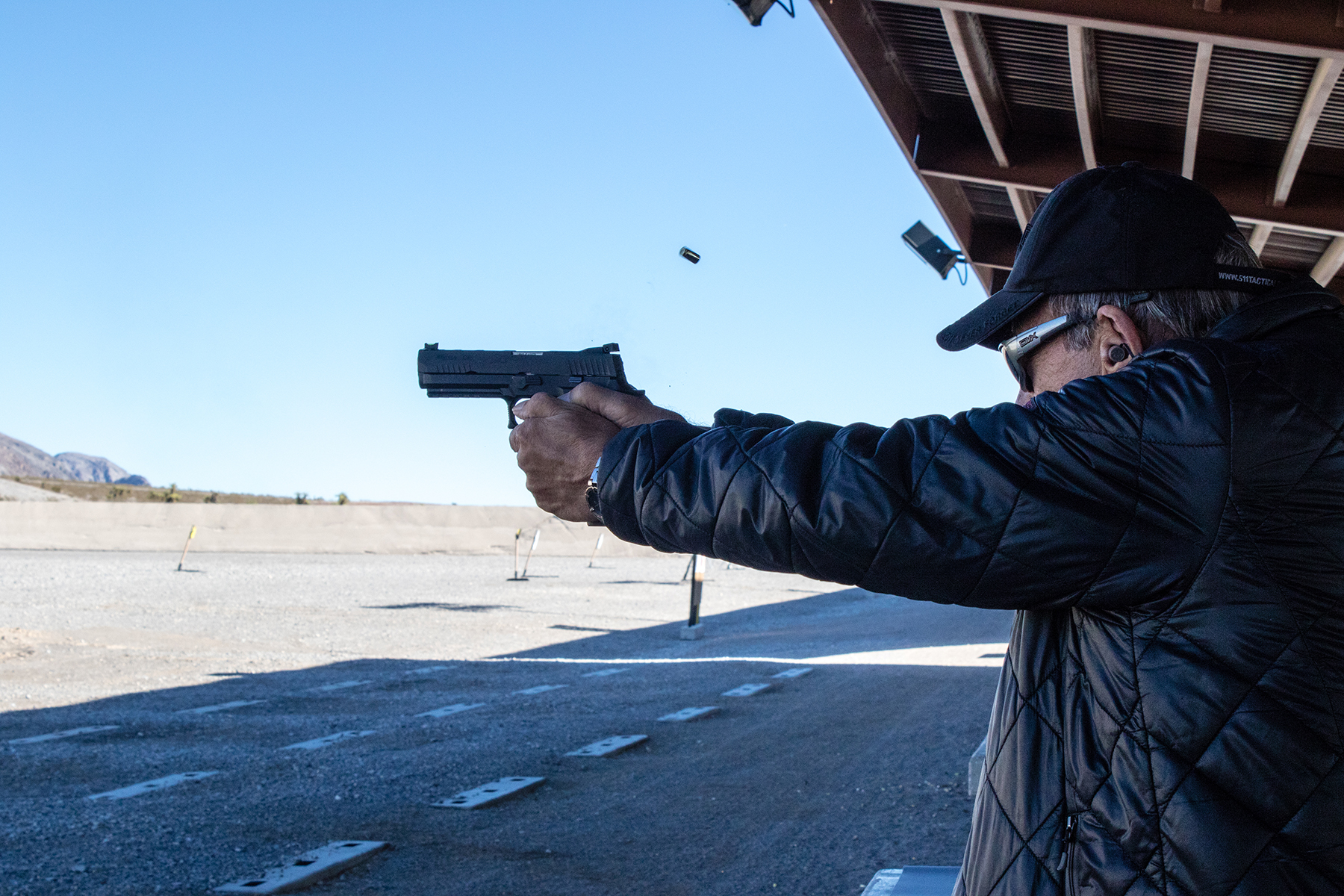 Shooting right to left, Evil Princess drop the first of 4 plates with 4 shots from carry version of new P320 variation. She loves the Razor XV BT. 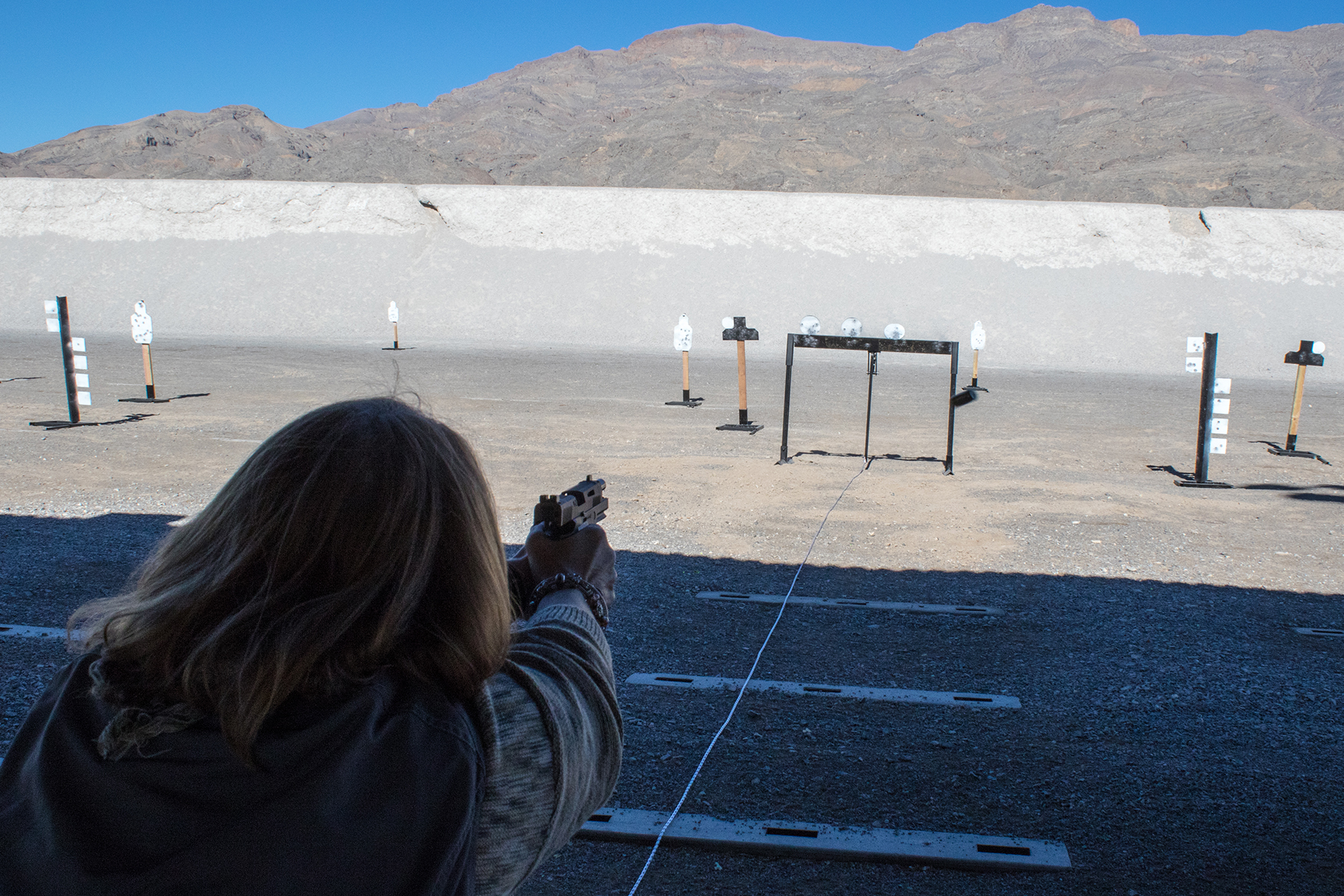 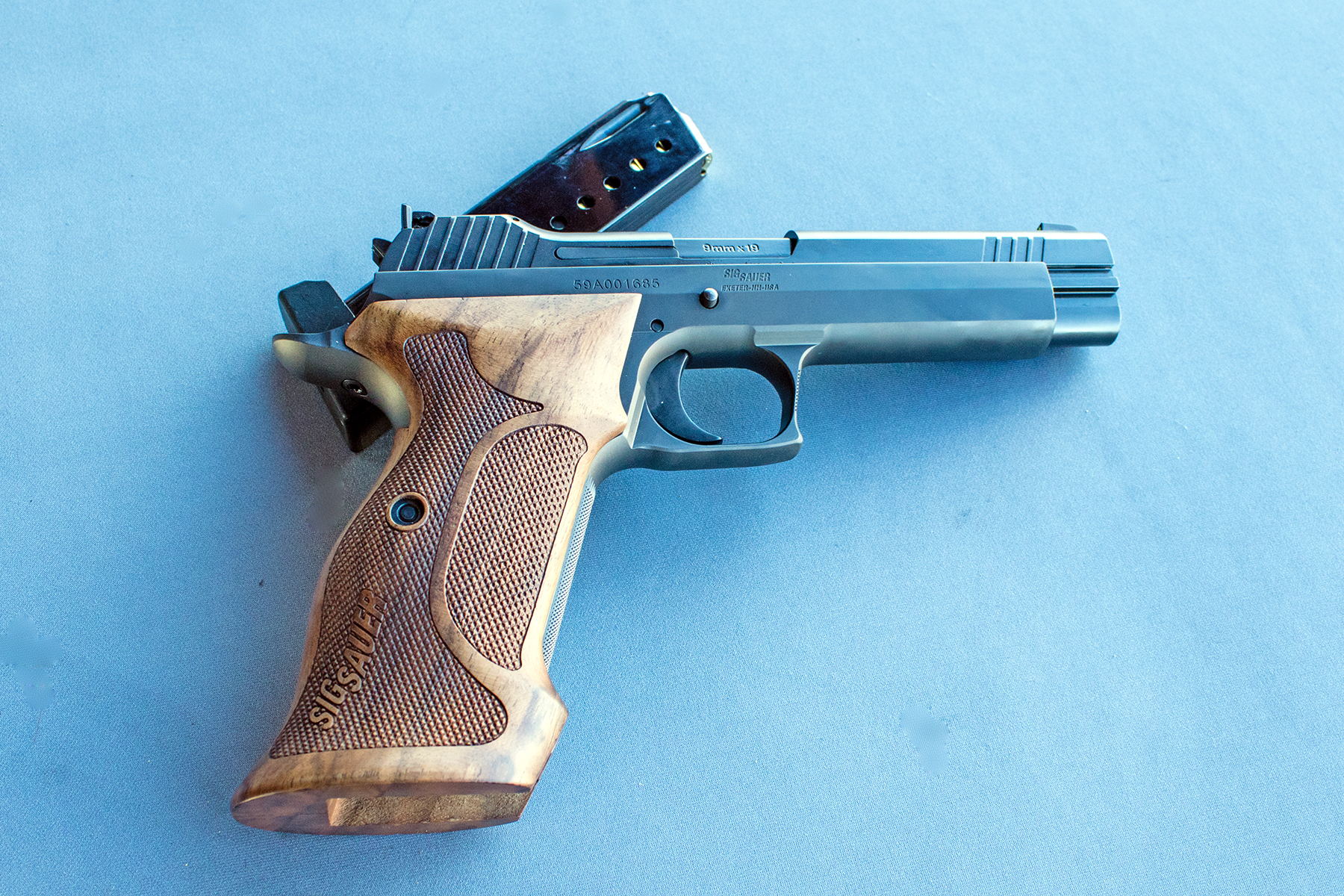 Muffs doubled up well with XV BT ear pro, both of which were superfluous with suppressed SIG carbine in .300 Blackout with Romeo 4 optic. 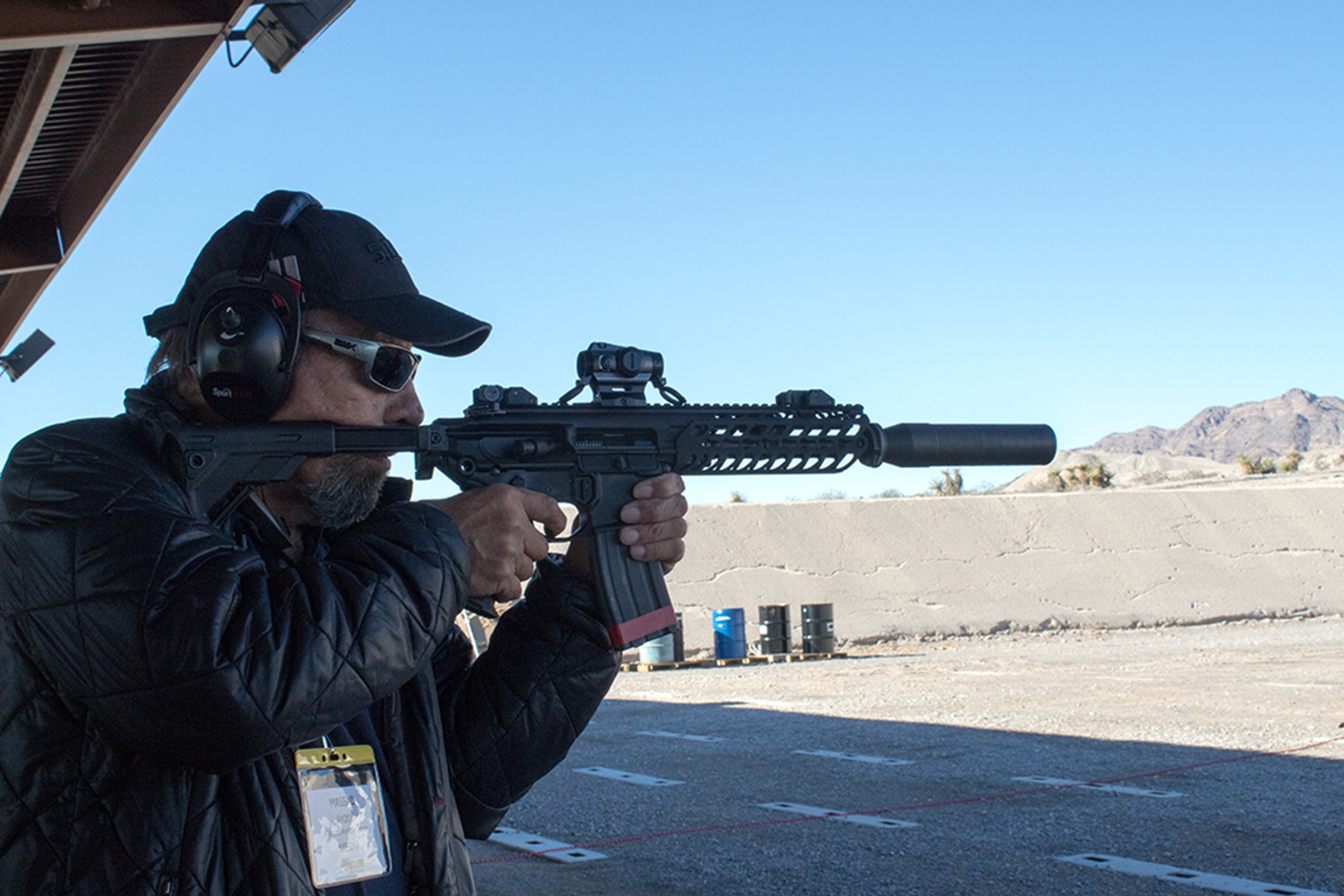