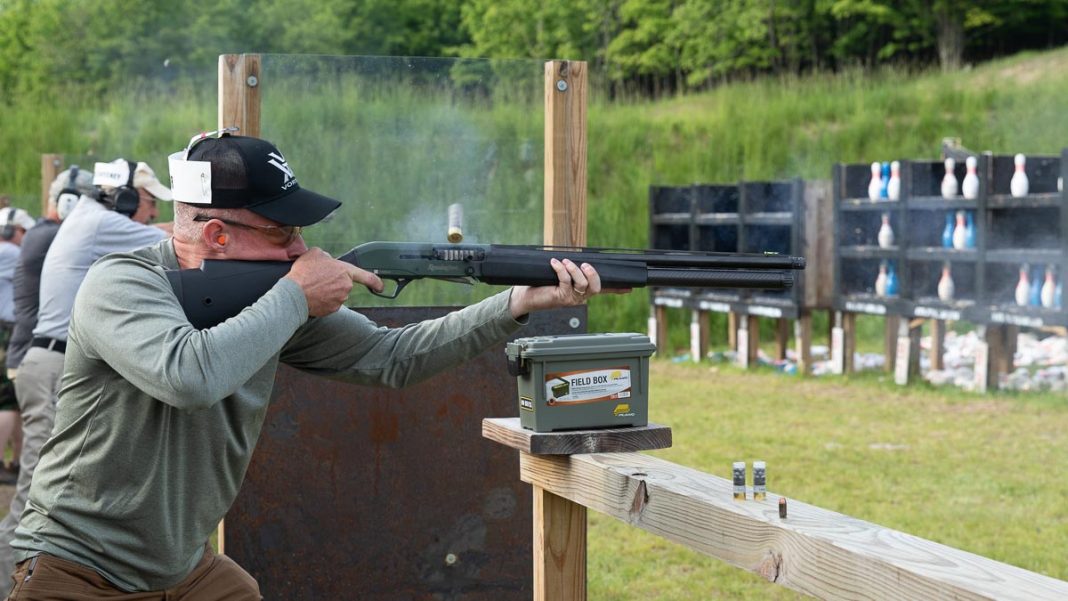 I’d be remiss if I didn’t remind you that what I consider the coolest of all shooting matches is coming up in June. Whether your choice is pistol or revolver, shotgun or carbine, there’s an even for you.

The Pin Shoot – formerly known as the Second Chance Shoot – became an icon among gun folks back in the Seventies.  One scene of the book “Unintended Consequences” was even set there.

I always describe it (always, because I can’t think of a better description) as a carnival midway where all the games are live fire shooting, and you can win guns instead of kewpie dolls or stuffed animals if you shoot well.

There are bleachers for the audience. It’s a visual game: the targets are full size bowling pins, and watching them fly and being able to see in real time who is beating who on the firing line is addictive fun.  During breaks when the pins are reset, famed Gun Guy Richard Davis conducts Trivia Quiz with the audience, with his own unique sense of humor.  Lunch is served at the range, where you’ll find yourself among many like-thinking new friends, and will see a lot of faces you’ll recognize from the gun magazines, TV firearms shows, and YouTube.

Hope you can make it.  The Evil Princess and I are always there; if you get to the shoot, look us up!  For details go to www.pinshoot.com.