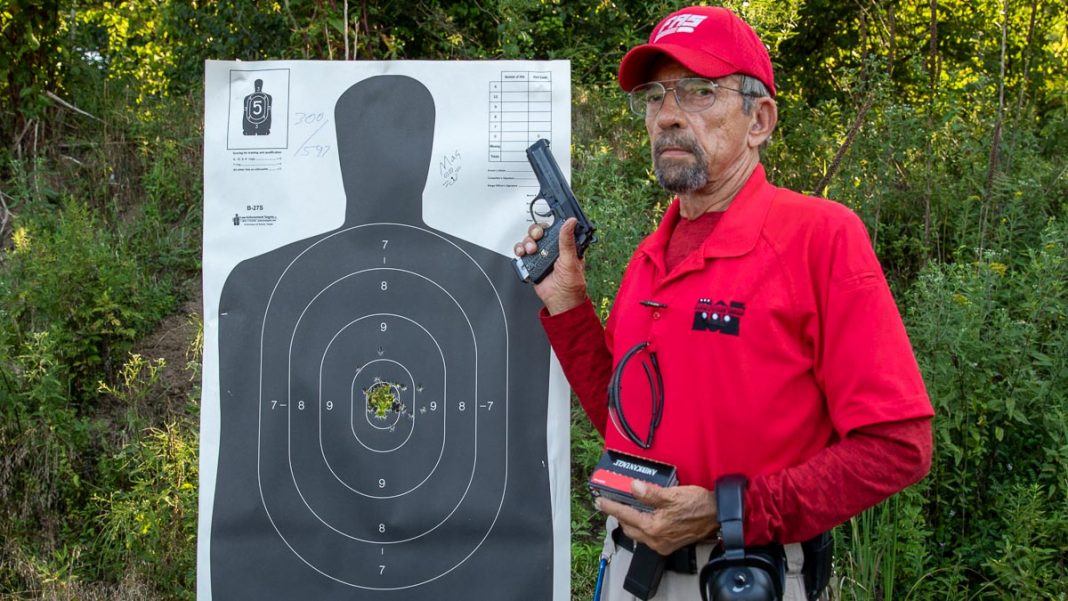 I just got home from a month on the road teaching defensive shooting and deadly force decision making.  Half of that was in a “ten round magazine limit state.”  My sidearm du jour was a Beretta 92 Compact customized by Wilson Combat.  This pistol was designed around a thirteen-round magazine, and capable of taking a standard full-size fifteen-round Beretta 92 mag, or Beretta’s extended twenty-rounder.  I normally carry it with a sixteen-round Compact magazine from MecGar backed up by an eighteen-round full length 92 mag.  (Thanks to friend and blog reader Erich for turning me on to those!)

As soon as I got home, the first thing I did was replace the ten-round magazines I’d been carrying on the trip with fifteen rounds of Speer Gold Dot 124 grain +P 9mm ammo, backed up by eighteen more in a standard size 92 mag from MecGar.

Was I expecting a zombie apocalypse? No, of course not. “It’s the spirit of the thing.”  When genuine criminals commit crimes with guns, the first thing that happens in the plea bargain is that the illegal gun charge gets dropped, so you can imagine how irrelevant the “illegal magazine” is going to be with genuine criminals.  For the law-abiding armed citizen, though, there is no lesser included offense, so the illegal magazine charge sticks. In New York state, for example, it’s a felony per magazine to be carrying one that can hold more than ten cartridges, or even to bring one into the state, even if the magazine is empty let alone loaded with ten rounds.

The only people who will obey that law are, of course, those of us who are law-abiding to begin with.  And in the case of this particular pistol, that took sixteen chances to survive an attempted murder down to eleven.  That’s about 69%.  How fair would it be, for example, to require motorists to fill their fuel tanks no more than 69% full? If your home defense firearm is America’s most popular rifle, the AR15, its thirty-round magazine is now reduced by two-thirds for the good guys only. Sort of like being in a boxing match where your opponent is allowed unlimited punches per round, and you’re limited to ten.

The embattled home invasion victim who has to grab a gun from a drawer or quick-release safe will be lucky to get to the gun, let alone spare ammunition.  The wheelchair-bound person licensed to carry a gun generally finds it’s all he or she can do to make room for the pistol, let alone spare ten-round magazines or revolver speedloaders.  The law impacts only the law-abiding, not the law-breakers.

Some of us in the gun owners’ civil rights movement are working to eliminate those empty, meaningless laws, and we hope that the Supreme Court’s recent Bruen decision will help us with that.