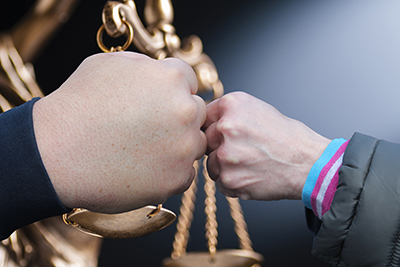 A few weeks ago, most of us in the “gun world” followed the trial of Kyle Rittenhouse, who shot three men who attacked him during the Kenosha, Wisconsin riots. The prosecutor in that case told the Court, and the world, that it was never self-defense to shoot an unarmed man. A week or so ago, watching the jury selection in the trial of Curtis Reeves in Florida on Court TV, I heard one of the “talking heads” say the same thing. Reeves was the shooter in the erroneously-titled Popcorn Murder case. I say erroneous because he didn’t shoot his opponent in that movie theater because the man threw popcorn at him, but because it’s already clear that the much larger, younger man was coming aggressively at Reeves when the 71-year-old handicapped man fired the single, fatal shot from his little .380 pistol.

The use of deadly force is only justified when in immediate, otherwise unavoidable danger of death or great bodily harm. That situation requires three elements, most commonly known as Ability, Opportunity, and Jeopardy.  Jeopardy means that the person’s words and/or actions indicate to a reasonable, prudent person an INTENT to kill or severely injure you. Opportunity means that the assailant can carry out such a threat immediately. Ability denotes the means to do so.  Usually, that ability or means element takes the form of a deadly weapon: gun, knife, improvised club.

But, Ability can also take the form of DISPARITY OF FORCE, which means that in a physical fight initiated by the other guy, the likelihood of you being crippled or killed is so great that this advantage on the opponent’s part becomes the equivalent of a deadly weapon, and if the other elements are present warrants you shooting him to defend yourself.

Disparity of force elements can include force of numbers, you alone against multiple attackers. Or significantly greater size, strength, or skill in unarmed combat that favor your attacker. Another element is the able-bodied attacking the handicapped. (In the early stages of the Reeves trial, it appears that the judge is inclined to keep out evidence that the elderly defendant was physically handicapped.)

It will be interesting to see how the Reeves trial plays out. I suspect if the elderly defendant’s limited physical ability to defend himself without a gun is kept from the jury, there will be solid grounds to appeal a conviction.  As someone who works in this field, I am appalled at how many attorneys have graduated law school without understanding Disparity of Force.

Time – and evidence – will tell. I only hope the triers of the facts get to see all the evidence, and get to hear genuine use of force experts explain what the salient factors in this case really are.

Thanks to gun owners’ civil rights advocate Oleg Volk for inspiring the picture we use here, which so clearly illustrates Disparity of Force.