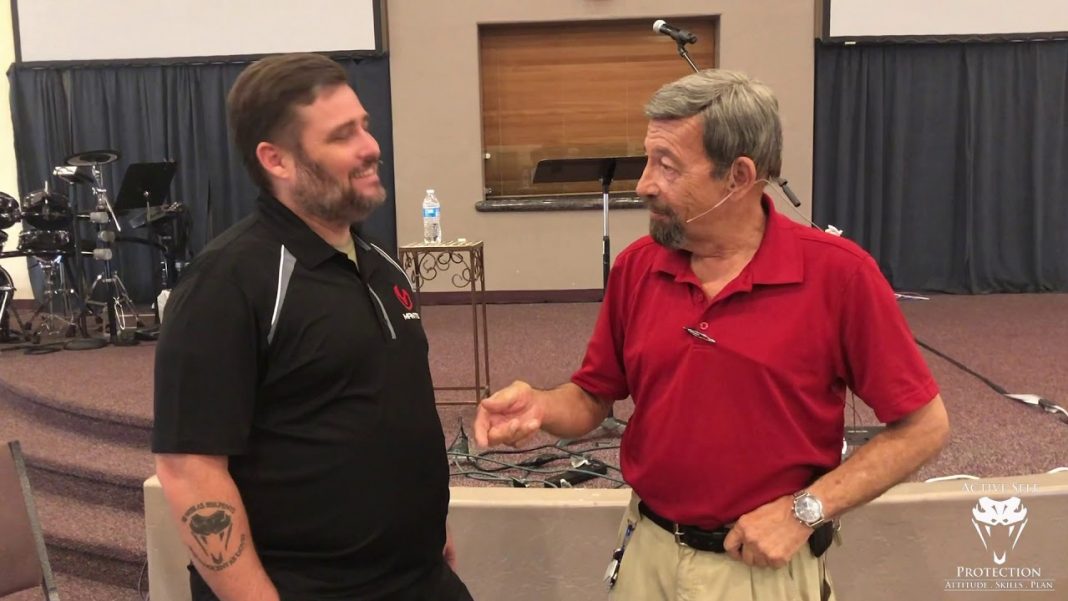 Back in the very early 1980s, when I founded Lethal Force Institute, I formulated a “five point checklist” of things that need to be said to responding authorities at the scene after you have defended yourself or others with force, perhaps even deadly force.

In the four decades since, that advice has worked remarkably well.

Defense lawyers often tell you “Never talk to the police.” You have to understand where that advice comes from. In forty-plus years as an expert witness in homicide cases, including many years of teaching CLE (Continuing Legal Education) for practicing attorneys, and a couple of years as Co-Vice Chair of the Forensic Evidence Committee of the National Association of Criminal Defense Lawyers, I’ve gone into this matter deeply with a helluva lot of defense lawyers. Many of them have NEVER defended a truly innocent person who fired in self-defense. Those who have done that sort of case generally agree with my advice, which is to establish a Five-Point Checklist of things right there at the shooting scene from the get-go.

Unfortunately, the gun-related internet is full of people who have bought into the “never talk to the police” narrative, and mis-interpret my advice as “Babble as much as you want and answer every question you are asked.”

A couple of years ago, my friend John Correia hosted me and my colleague Marty Hayes to do a Deadly Force Instructor class for John and his staff and some other attendees. While we were doing that in Phoenix, Arizona, John recorded the following video with me:

If anyone tells you “Never say anything after you defended yourself, because you’ll be so stressed out that your brain will turn into feces,” ask them this:

“We can all agree that when someone is trying to kill you or your loved ones, you’ll be under MORE stress than ‘talking to cops.’ If our brains melt into diarrhea under stress, how the hell did we defeat an apex predator in a life-or-death battle, to begin with?”

And ask that person the question I put to John Correia at the end of the video: If you think your brains melt into feces under stress, why the hell do you keep deadly weapons for defense of yourself or others in the first place?