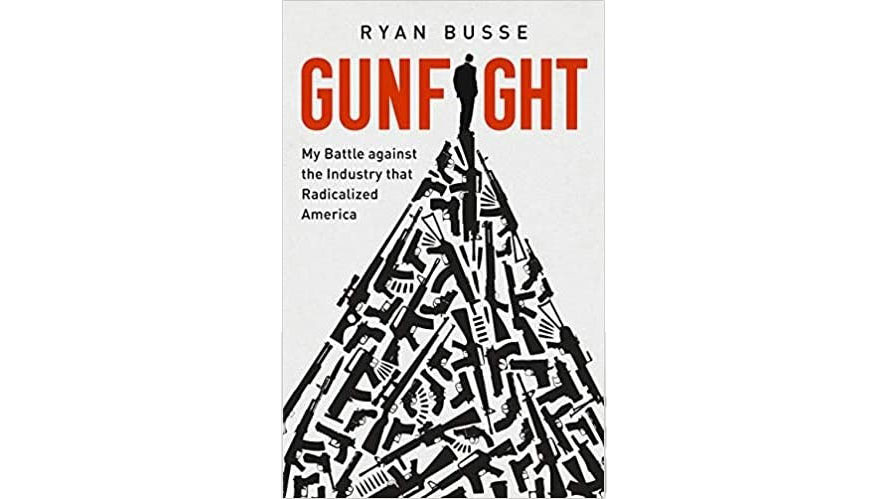 I just finished reading “Gunfight” by Ryan Busse, a former vice-president of Kimber. The subtitle is “My Battle Against the Industry That Radicalized America.” Busse was happy to be in charge of sales for a company that manufactured high-end bolt action sporting rifles and 1911 pistols, but had no use for polymer pistols, handguns that held more than ten or so rounds, and AR15s which he, who should know better, insists on calling “assault rifles.” Sort of like a beer and wine salesman bemoaning the availability of hard liquor to the public.  He mentions that many gun rights activists call people like him “Fudds,” named after Elmer, the cartoon hunter who unsuccessfully stalked Bugs Bunny, and seems resentful that he fits that profile.

He’s not too thrilled with home defense shotguns, either. He writes disapprovingly of a man with “a tactical shotgun slung over his shoulder; this is a preferred weapon in close combat, designed to be quickly fired in tight spaces and to deliver a wide spray of deadly shot. Professional military officers and tactical law-enforcement units use these short-barreled weapons to clear entire buildings and to shoot multiple assailants in moving vehicles.”

SWAT teams “shoot multiple assailants in moving vehicles”?  I had no idea. Short-barrel smoothbores have been used as home defense tools since the time of the Pilgrims.  Methinks someone is unclear on the concept…

Busse appears to blame Smith & Wesson and the NRA (in no particular order) for things like the Parkland massacre, perpetrated with an S&W M&P AR15.  The many failures of those responsible to act upon the Parkland killer’s numerous early warning signals, and the anti-gun media’s long history of clearly implying to thwarted losers that they can become famous for mass-murdering the innocent, do not appear to be on his radar screen.

He implies that the gun owners’ civil rights movement opposed Barack Obama because he was black.  Speaking just for myself, I thought America was overdue for an African-American President; I just thought it should be Condoleeza Rice, not Barack Obama.  Ryan, we opposed Obama because he disrespected the basic human right to effective self-defense.

Mr. Busse gives the impression of someone who identifies as a progressive and feels he has to follow the pigeon-hole politics of the gun-banning far left.  I’m glad he has left the firearms industry that left him so conflicted, self-hating, and self-admittedly hypocritical.  I’m only sorry that I paid to buy his book and see what he had to say…which was nothing substantive.

None of what I’ve written should be applied negatively to Kimber, which supports gun owners’ civil rights vigorously, and no longer employs Ryan Busse.