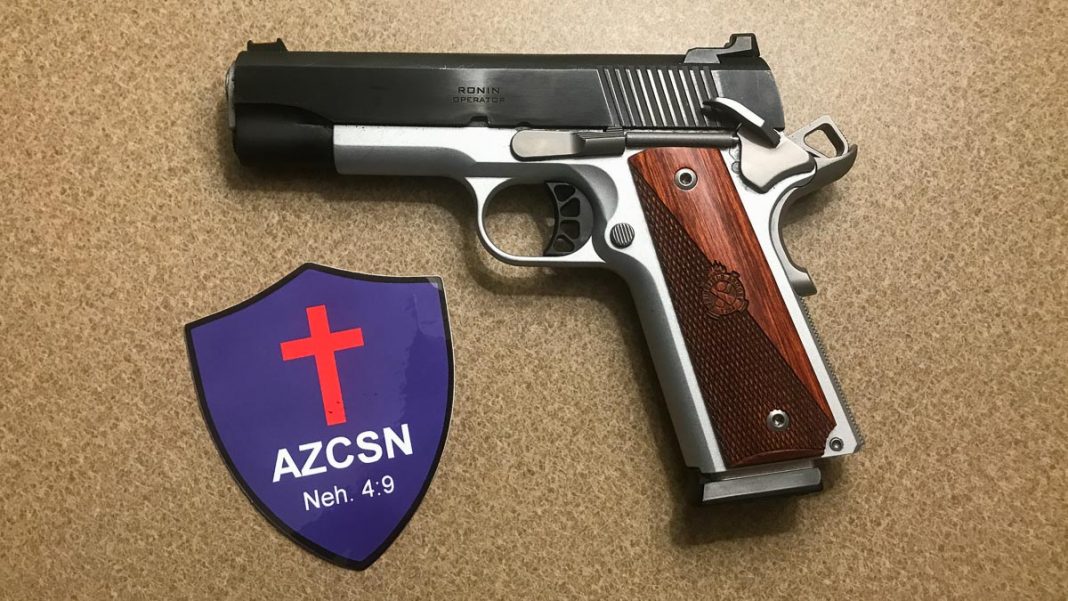 Over the years I’ve graduated from several homicide investigation and officer-involved shooting investigation courses, and taught my share myself.  One of the best I was fortunate enough to go through was Advanced Homicide Investigation, taught by Vern Geberth, the retired commander of NYPD’s Bronx Homicide Task Force and the man who wrote the authoritative text in the field, “Practical Homicide Investigation.” Geberth told us, “The homicide investigator is the last advocate for the murdered dead.  No matter who’s paying us, we work for God.”

I would submit that the same is true for the many dedicated citizen volunteers who perform the armed house of worship security function.  I recently had the privilege of teaching a twenty-hour course in judicious use of lethal force for AZCSN, the Arizona Church Security Network.

Among other things you’ll find Biblical references which justify the righteous use of arms to protect the innocent from evil.

Nehemiah 4:9 —  9 But we prayed to our God and posted a guard day and night to meet this threat.

My hat is off to these volunteer protectors, across the spectrum of their faiths.